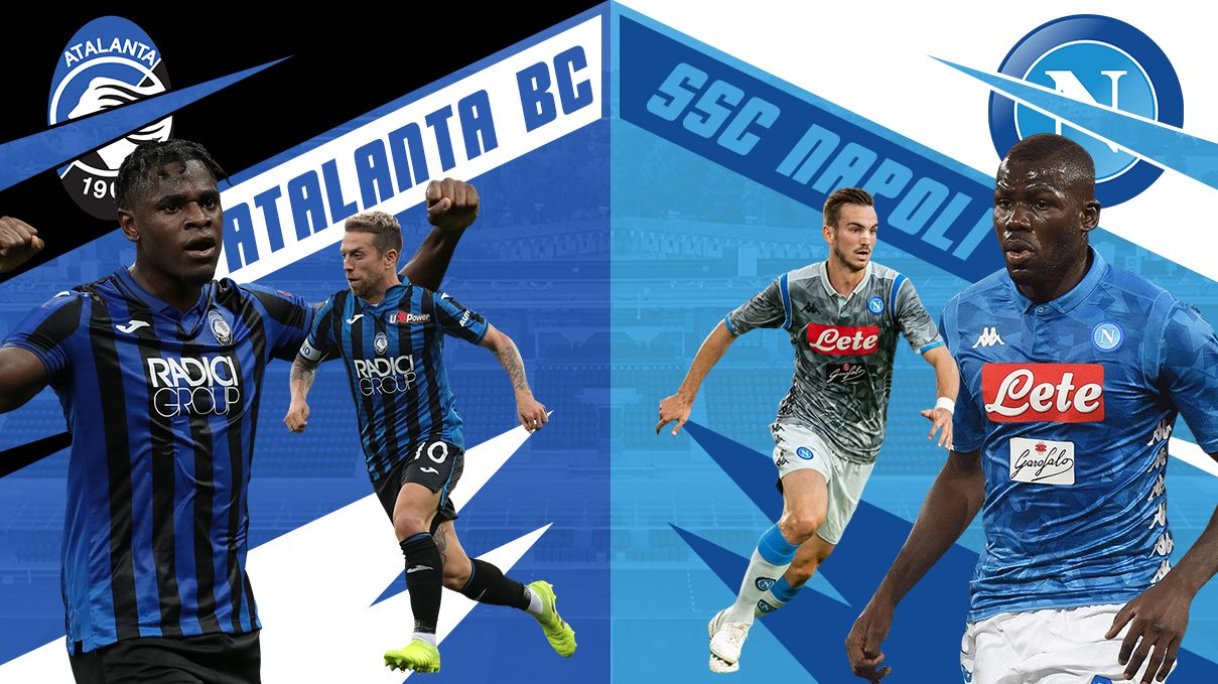 Atalanta vs Napoli: Serie A Preview and Prediction

The Serie A has been witnessing some really intense matches post lockdown and Atalanta and Napoli both, are very much responsible for it. It is time that we see these two amazing teams face each other at Stadio Atleti Azzurri d'Italia on Thursday.

Atalanta have been on a scoring spree, having won eight games consecutively in all competitions while Napoli have managed to win the most points in their last five league games.

I Partenopei also won the Coppa Italia knocking out Juventus who were the favorites to win it. Claiming their first piece of silverware in six years, Napoli have finalized their spot in the Europa League next season.

Gennaro Gattuso’s men have another big concern and that is the Champions League’s last 16 second leg against Barcelona. The first leg ended 1-1 and everyone saw how good Napoli can be when they counter. Having won the Coppa Italia, Napoli are in great momentum but their challenge is to beat Atalanta who are in a better run of form.

Both teams have won eight games in the last 20 times they’ve faced each other and the rest have been draws.

Atalanta have lost their last two home games against Napoli in Serie A.

On the contrary, Napoli are unbeaten in their last four Serie A away games, keeping two clean sheets, having last won five such matches consecutively in 2018.

Dries Mertens will also be fired up as he has been involved in four of Napoli’s last eight goals against Atalanta, scoring three and assisting one.

Atalanta are unbeaten in their last six games in all competitions. Gli Orobici have scored 40 goals at home in Serie A this season, their most in any other top-flight campaign.

Scoring seven goals against Lecce and managing to score at least three in their last five games shows how entertaining they have been this season.

One more interesting fact is that Atalanta have scored the most goals in Italy’s top-flight this season. Atalanta are on top with 80 goals, while the second spot is taken by Lazio with 66 goals. Juventus who are the current leaders stand in the third position with 59 goals, one ahead of Internazionale on fourth.

Ruslan Malinovskiy picked up a booking against Udinese in their last game and hence, will serve an automatic suspension. Josip Ilicic will be starting from the right alongside Duvan Zapata. Robin Gosens and Jose Luis Palomino will be expecting to be recalled in the midfield.

Napoli have a fully fit squad except for Kevin Malcuit, who is out with a cruciate ligament injury. Gattuso may possibly name an unchanged line-up meaning backing the front three of Lorenzo Insigne, Dries Mertens and Matteo Politano.

Illicic has been one of the prime reasons for Atalanta's goal scoring run. Atalanta have scored a minimum of three goals in their last six matches in all competitions. Their biggest win came against Lecce on March 1, where again Ilicic was present on the scoresheet.

However, he will be up against Maksimovic, who has been very solid since the return of calcio in Italy. Post-lockdown, Napoli have played four games and conceded only twice but the important point here is that two of those four games were against Internazionale and Juventus in the Coppa Italia semifinal and final respectively.

Ilicic has 15 goals and five assists in Serie A and Maksimovic may have a tough time stopping the in-form Atalanta attacker. Atalanta are unbeaten in their last five games in all competitions and this can only increase the trouble for Maksimovic and Gattuso's backline.

Albanian defender Berat Djimsiti has been giving some impressive performances since football resumed, and it reflects seeing the way Atalanta attackers have responded.

Napoli's Dries Mertens on the other end has not scored many goals but has contributed whenever the team needed him the most. Signing a two-year contract, Mertens cleared the air of his rumored move to Chelsea and that can only come as a huge sign of commitment towards Gattuso and Napoli.

The Belgian has scored seven goals and set up three but apart from these numbers, his work rate has been commendable.

However, Djimsiti is known for his abilities on and off the balls, be it on ground or in the air, the Atalanta defender has been intercepting and clearing well. Thus, this matchup will surely be an eye catching one.

Both the teams have had a strong start post lockdown and it is expected that this game witness Atalanta attacking with full force, having lost their last two home games against Napoli. Gattuso’s team is expected to make good use of Atalanta’s attacking nature and will be looking to hit them on the counter.