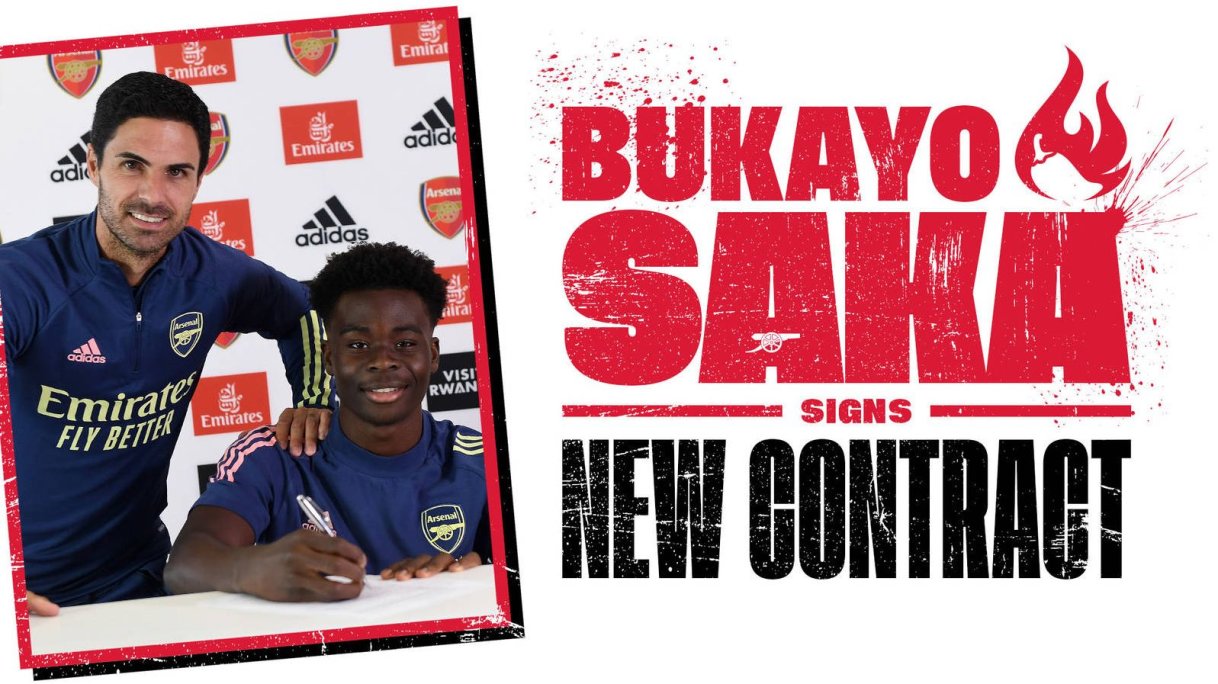 Arsenal have announced Bukayo Saka has extended his contract, finally shutting down the rumors of a move away on a free transfer. Saka, who is just 18 years old made his Premier League debut last season as a 17-year-old and has now become a regular first-team member in the 2019-20 season.

The special part about Saka has been his ability to play in multiple positions, be it on the left-wing at home or as a left-back when the team needs him. Despite being played out of position by the Gunners for a major portion of the campaign, Saka has managed to set up 11 goals, making him the first teenager to reach ten in a single season since Cesc Fabregas in 2006-07.

Saka is one of the brightest products of Arsenal’s academy and the English youth international looks destined with a bright future ahead of him. Saka’s contract was about to expire and Mikel Arteta was worried that they may have to lose him for free if nothing is done urgently. Saka has now signed a “long-term” contract with the Gunners.

When coach Mikel Arteta was asked about him, he said, “Bukayo is a talented and intelligent young player. He has impressed me with his work ethic and attitude to learn and adapt, and it has paid off in his performances. I am excited to continue working with him to develop him further and for him to help us achieve our goals.”

Arsenal’s technical director Edu also had some words for the youngster. “This is something everyone involved wanted to happen and we are delighted that Bukayo has signed a new long-term contract. He’s making great progress and is one of a number of young players who have developed through our academy. This is so important for us as we move forward as a club.”