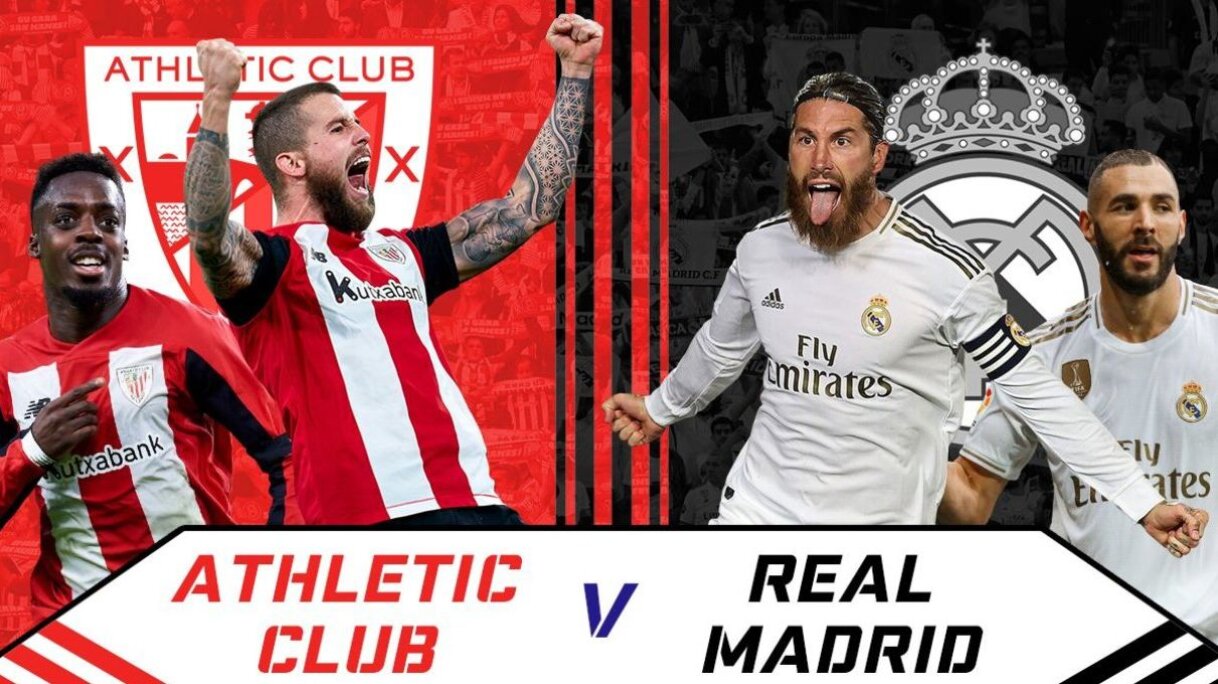 La Liga race is in one of its best phases at the moment as we are witnessing a tight competition between the Spanish giants, Real Madrid, Barcelona, and the league leaders Atletico Madrid.

As things stand, Atletico Madrid are at the summit with 80 points, their city rivals Real Madrid are second with 78 points, while the Catalans, Barcelona are third with 76 points.

The Los Blancos play Athletic Club who occupy the ninth spot, four points adrift of Celta Vigo. Athletic Club and Marcelino will be proud of their performance this season, as they are on course to finish ninth, two places better than where they finished last season.

The last five meetings has seen a Real Madrid dominance that is evident, but last time out it was the hosts, Athletic Club who knocked Real Madrid out of the Super Cup in the semi-final stage. Will they cause problems for one Madrid and help the other?

Real Madrid have lost only once in their last five fixtures, the only subdued performance being against Thomas Tuchel's Chelsea as Zidane vs Tuchel went in favor of the Chelsea boss again.

Real Madrid have two wins as well, while their opponents have an identical record, the only difference being Real are coming into the game with a 4-1 conquest against Granada but Athletic Club were subjugated by SD Huesca.

Raul Garcia, Inaki Williams, Alex Berenguer are set to return to the starting eleven for the hosts after losing their last game.

For Zidane and co, they were already without the services of Sergio Ramos, Dani Carvajal, Lucas Vasquez, and Ferland Mendy, but the biggest blow is Toni Kroos being ruled out very late. He was in close contact with a person who recently contracted COVID-19, and thus, he is out of contention as well.

The match between Athletic Club and Real Madrid can be viewed on Facebook.

Fun Facts about the fixture

Prediction: Sportco predicts Real Madrid to win against Atheltic Club and maintain the pressure on Diego Simeone's men at the top.