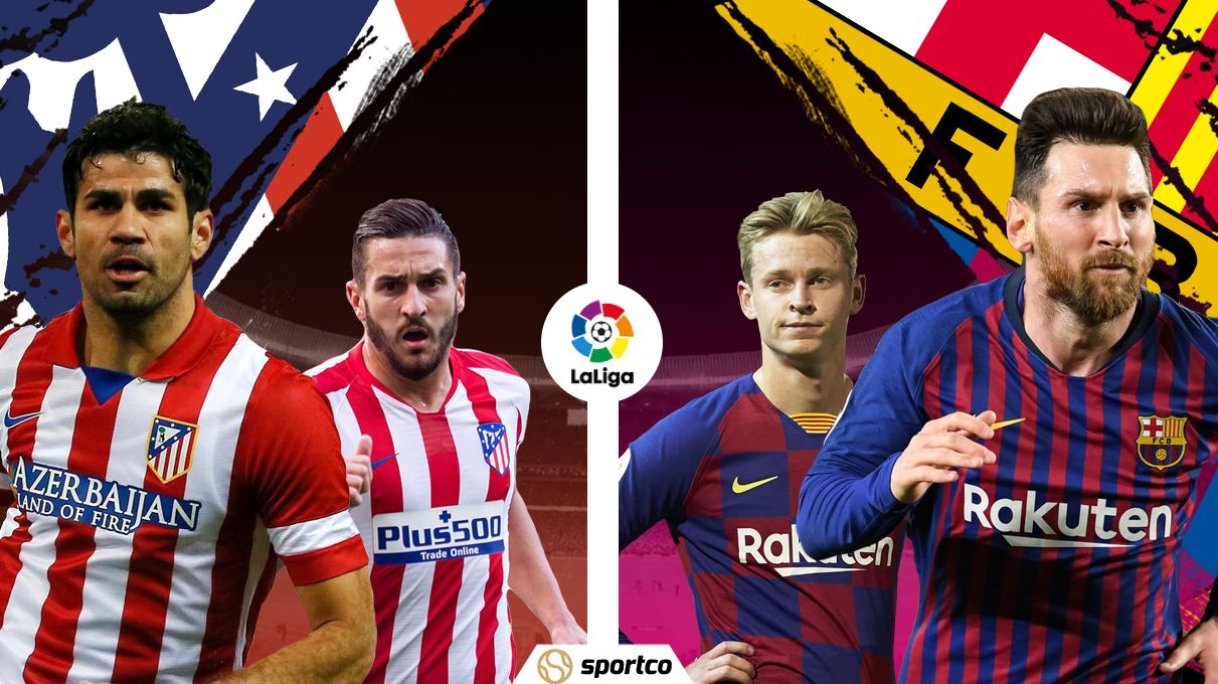 Atletico Madrid would look to maintain their unbeaten form in the league this season when Ronald Koeman's Barcelona visit the Wanda Metropolitano this Saturday.

The Koeman era has visibly not been the most fruitful for the Catalans but Barcelona has ample time to turn things around. Barcelona is eighth after seven games. They managed three victories in the La Liga so far but consecutive losses to Getafe and Real Madrid in October have impacted them a lot.

International football is out of the picture until next year and teams can now focus fully on the busy schedule that is concocted for them.

Diego Simeone's men are currently third in the league, having played two games lesser than the others. Despite that, the Rojiblancos are just three points off the top and are ahead of Barcelona by six points.

Atletico Madrid has not lost a top-flight game since losing 1-0 away to city rivals Real Madrid in February. A triumph here could see them emerge victorious against Barcelona for the first time since 2010.

The Catalans entered the international break on a positive note, beating Real Betis 5-2. It was their first victory in the league since the start of October and a huge sigh of relief.

Diego Simeone will be boosted with Diego Costa's comeback as he trained with the first team recently. His presence will be useful after Luis Suarez's COVID-19 test came positive, ruling him out from featuring against his ex-club.

Yannick Carrasco is back too while Vitolo and Stefan Savic both are doubts. Sime Vrsaljko, Hector Herrera, and Lucas Torreira are ruled out too.

Geoffrey Kondogbia is suspended. Barcelona will have to work without the services of Ansu Fati for the next four months as the youngster recently underwent knee surgery.

Philippe Coutinho is expected to feature for Barcelona while Samuel Umtiti is still struggling with his knee concerns. Sergio Busquets limped off in the international game against Spain and is sidelined due to a knee problem while Messi is yet again expected to lead the line.

Players to Look out for:

For Atletico Madrid, Kieran Trippier, Renan Lodi, Joao Felix and Diego Costa will be the players to look out for. While Costa will be back from injury, Wanda Metropolitano will be keen to see how the Brazil-born fires.

Felix and Trippier both had decent spells with their national teams and Simeone will hope that the sharpness is still there.

For Barcelona, Miralem Pjanic, Frenkie De Jong, Ousmane Dembele, and Coutinho will be the ones to watch out for. Pjanic is yet trying to find his place in the squad while De Jong will have added responsibility due to Busquets' absentee.

Dembele has shown promise on several occasions this season and Koeman would hope that the Frenchman delivers for them when they need him the most.

Barcelona may have improved a loss in their recent games but Atletico Madrid will still be the ones to be called the favorites. After a long time, the Rojiblancos possess real threat in every department and they could really trouble the Blaugrana who are down mentally due to several issues at the club.

Simeone would be hoping that his team takes a step towards getting their pathetic record against Barcelona better and it would interesting to see how Barcelona fare.