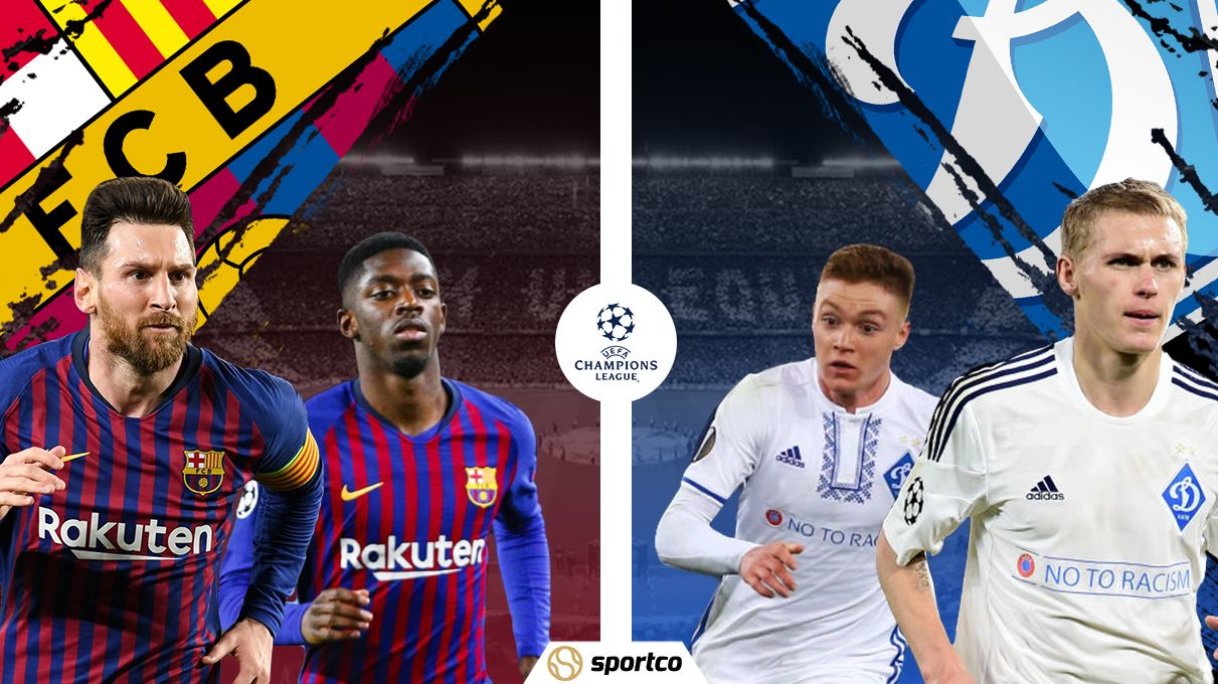 Barcelona goes into their third Champions League fixture, undefeated, and will look to keep the momentum going as they host the Ukrainian giants Dynamo Kyiv at Camp Nou.

Despite the lack of wins in the Spanish top-flight, the Catalans will try to alleviate the anguish by maintaining their 100% record in Europe.

Ronald Koeman’s men were haunted at Halloween as they failed to carry the momentum they built in the league game against Alaves but things didn’t go as anticipated.

The Cules will be missing Marc-Andre ter Stegen in goal as their back-up keeper Neto conceded a sloppy goal, putting pressure on his side very early in the game.

Barcelona were fortunate that Jota was given the second yellow, which then helped Antoine Griezmann to steal a point from a performance that was far from convincing.

On the other hand, Dynamo Kyiv have been rattling up in the Ukrainian Premier League and are yet to taste defeat this season.

However, the story is very contradicting in the UCL as Mircea Lucescu’s men are still in search for their first three points in the group stages of the competition.

This will be the first time the sides meet in a competitive fixture.

The German shot-stopper will still be sidelined for the fixture and Barcelona will hope he recovers very soon.

The Spanish giants will also be without Samuel Umtiti, Phillippe Coutinho, and Ronald Araujo. However, the veteran central defender, Pique will be back in time after completing his suspension alongside Clement Lenglet.

The ex-Netherlands boss will be shuffling among Trincao, Pedri, and Sergino Dest, with every one of them hoping to make it in the XI.

Dynamo Kyiv will have several absentees too. Sergiy Sydorchuk is suspended while Artem Besedin is serving a ban for doping offenses.

The 18-year-old Ruslan Neshcheret will be starting in goal for the Ukrainian side as the other two options have contracted the COVID-19 virus.

The trip to Catalonia will be a huge test for Lucescu’s men as several other players are down with the virus too.

Ousmane Dembele may start replacing either Trincao or Pedri, keeping in mind his versatility in the roles he can offer.

Carlos de Pena may start in place of Verbic too.

The best player in Spain currently will be against Shepelev, who has been the backbone for Dynamo. Will Messi make his tumble? or we will face some dust as Shepelev throws him to the ground

The 2010 World Cup winner will make his return after a red card he received against Ferencvaros. Supriago may have a go at him as the experienced veteran has lost his sharpness.

It will be fun to see if Supriago successfully exploits the Barcelona backline.

Considering the kind of form Barcelona have been in the UCL, they should not have any problems in claiming all the three points here. Pique’s return only solidifies them more and the Ukrainian outfit will have to do something extraordinary to make their mark in the Champions League.

An upset will all it takes for Mircea’s men to keep their survival hopes alive in Europe’s biggest club competition. Let's see if the Catalans continue their dominance or the Ukrainians increase the pressure on Koeman and Co.