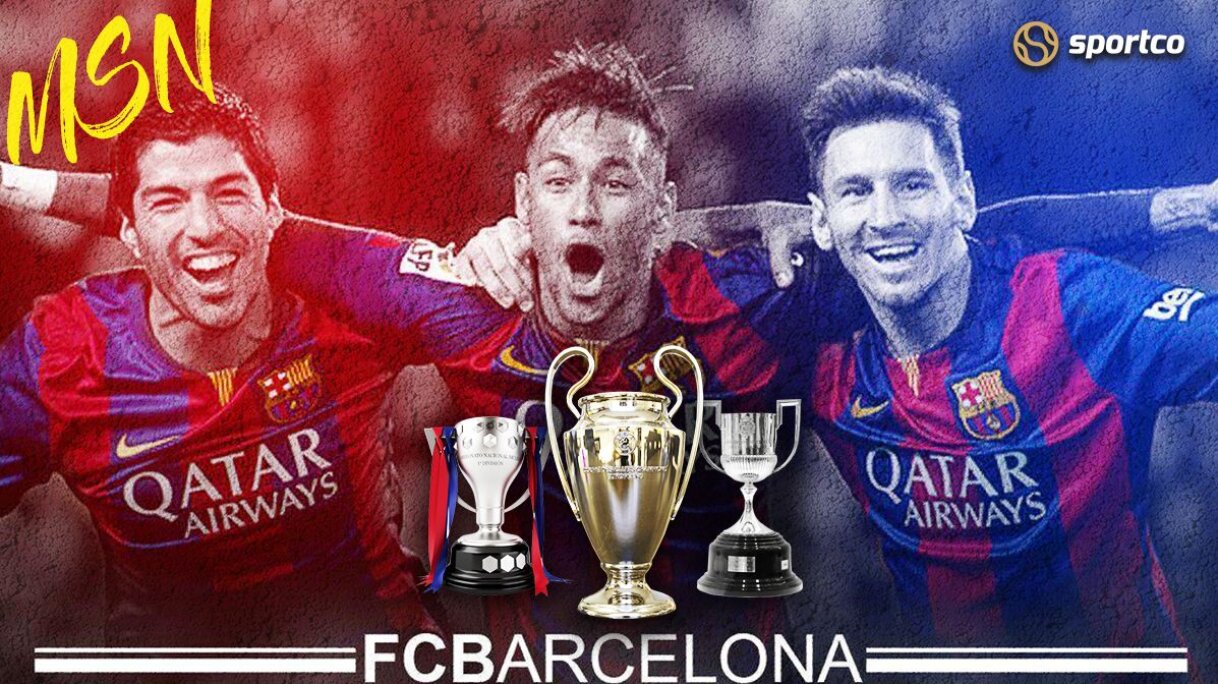 Barcelona treble-winning squad of 2015: Where are they now?

115th year of FC Barcelona's inception was the season of 2014-15 and the season was one of the most successful seasons for any top-flight club in football.

Let us have a look at the squad that helped FC Barcelona to clinch the 'treble' in 2015.

The man who was inspirational in leading this Barcelona squad from the touchline in 2015, Luis Enrique won the treble during his first season at FC Barcelona. No doubt, Enrique inherited a world-class squad already, however, his man-management skills and tactics were spot during that season.

The former Barcelona manager is currently the coach of the Spanish national team. Enrique led Spain to the semi-finals of the Euro 2020 only to lose out on pens to eventual winners, Italy.

The German International goalkeeper joined FC Barcelona squad the same year when the treble was won by the squad (2015). He arrived from Borussia Monchengladbach after the departures of Victor Valdes and Jose Pinto. Stegen was the 1st choice goalkeeper alongside Claudio Bravo

Alongside Ter Stegen, Bravo signed with FC Barcelona in 2014 and was immediately brought in as a first-choice keeper as Stegen suffered an injury at the start of the season.

After joining, he set a Spanish League record for the club of not conceding from the start of the season for 754 minutes, previously held by Pedro María Artola with 560 minutes.

A product of La Masia, Masip was offered the 1st team contract in 2014 and just made one appearance in the campaign. He was the third-choice keeper for the squad.

Adriano signed with FC Barcelona in 2010 from Sevilla. He was a regular off-the-bench player for the squad and scored some important goals throughout his career at Barca.

A product of La Masia, Bartra was an eccentric defender and he broke into the 1st team squad in 2010. He had a tough time breaking into the squad as the likes of Dani Alves, Javier Mascherano, Pique was the popular 1st choice players for Luis Enrique. He made 25 appearances and scored 1 goal in that season

One of the longest-serving players in FC Barcelona was the pillar to the defense of the squad. The Brazilian right-back was signed by FC Barcelona in 2008 and was instrumental in the treble-winning campaign for the club. He made overall 46 appearances for the season.

The Brazilian right-back joined the Barca Squad in the 2014-15 season. He was demoted to the third option behind Alves and Montoya due to a string of poor performances in the season. He was heavily criticized for his gameplay and hence was considered to be a rare failure for the overall campaign.

Spanish left-back, Alba is one of the longest-serving players for the squad. A product of Barca Academy, Alba was signed from Valencia FC in 2012. He was the 1st choice left-back for Enrique and made overall 44 appearances for the season and scored 2 goals.

Spanish right-back Montoya is a product of La Masia academy and broke in the 1st team squad in 2011. After playing one season at Inter Milan on loan, Montoya became a regular player in the Barca squad.

However, at the start of the 2014-15 season, he wanted to leave the club due to the arrival of Douglas. He just played 12 games for the club that season

One of the club legends who was the most selfless player in the squad was Mascherano. He arrived from Liverpool FC with a respectable name tag in 2010. He was the 1st choice central defender for the squad. Argentine played 47 games in the season.

Mathieu was signed by Barca in 2014 from Valencia FC.  He spent 3 seasons for the team. He played overall 41 games in the season and scored 3 goals in the campaign

One of the most influential players in the history of the club. The current vice-captain of the club, Pique has played more than 350 games for the club.

Pique was signed by FC Barcelona in 2008 from Manchester United and has been the first choice right back for the squad. He appeared in 44 games and scored 7 games in that season

A surprise of a transfer for Barcelona, but his debut for the club was extended where he underwent a hamstring injury and missed 4-6 months. He just appeared in one game that season.

The current captain of FC Barcelona, Busquets has been a one-team man for the club.

Despite all the highs and lows, Busquets is leading the pack from the front. Busquets broke into the first team squad in 2008 and has been a regular figure in the squad. He played 47 games and scored 1 goal that season.

A legend for Barcelona and probably one of the greatest midfielders of his generation, the vice-captain for the 2014-15 season, Iniesta was the anchor of the midfield as he played a pivotal role in helping the Barcelona squad achieve the treble in 2015.

The 2010 World Cup winner is one of the longest-serving Barca players in modern-day football who played for the club from 2002 till 2018.

Iniesta was the man of the match in the UEFA Champions League final against Juventus. He played 42 games and scored 3 games in the 2014-15 season.

Brazilian Central Midfielder, Rafinha is also a Barcelona Academy graduate. He broke into the first-team squad in 2011. He was one of the first team players in the 2014-15 season who was a good team player and assisted a lot for the front three throughout the season. He played 36 games and scored 2 goals in the season.

The Croatian international Ivan Rakitic was signed with huge expectations, back in 2014 from Sevilla FC and immediately broke into the first-team squad.

Rakitic's presence in midfield alongside Xavi, Busquets, and Iniesta was one of the key factors in helping the Barcelona squad win the treble in 2015.

One of the longest-serving players for Barcelona. A product of La Masia, Sergi broke into the first-team squad in 2010 and since then have been regular in the squad. He was initially a backup for Xavi and had a long-term plan to replace Xavi. He played 18 games in the campaign and scored 2 games.

The Catalan legend. The captain for the treble-winning squad of FC Barcelona in 2015, Xavi has been aligned to FC Barcelona for more than 17+ seasons.

Xavi has made a total of 767 appearances for FC Barcelona and the season of 2014-15 was the last of his FC Barcelona tenure. He appeared in a total of 44 games and scored 2 goals.

Messi received the UEFA Best Player in Europe award for his performance in the Champions League. He also won his 5th Balon D'or for his treble-winning campaign.

Lionel Messi scored a staggering 58 goals in 57 appearances in the 2014-15 campaign for Barca.

The 'N' in the MSN, Neymar had the most successful season of his career in the 2014-15 campaign.

After arriving from Santos FC in 2013, the attacking combination was seen and experienced in 13-14 seasons and it was expected to be unstoppable.

Neymar scored the 3rd goal in the UEFA Champions League Finals against Juventus. The Brazilian scored 39 goals in 51 appearances and was one of key members of the Barcelona squad who won the treble in 2015.

Pedro can be considered as one of the unluckiest strikers in terms of game time, but luckiest when it comes to winning trophies.

A Barca Academy graduate, Pedro broke into the first-team squad in 2008 and has been a solid impact player for the squad. In the 2014-15 season which was his last with Barcelona he appeared in 50 games and scored 11 times that season.

The 'S' in MSN, Suarez arrived with a huge fanfare. He joined FC Barcelona in 2014 from Liverpool FC and the impact was immediate.

The Uruguayan missed the initial part of the season as he was serving a ban after he was found guilty of biting Giorgio Chiellini at the 2014 FIFA World Cup.

Suarez set up 2 goals in the 2015 UEFA Champions League Final against Juventus. He played 43 games in that season and scored 25 goals

Hope you liked going down memory lane with our legendary squads series on the Barcelona treble-winning squad of 2015. Which is the next squad that you would like us to cover?