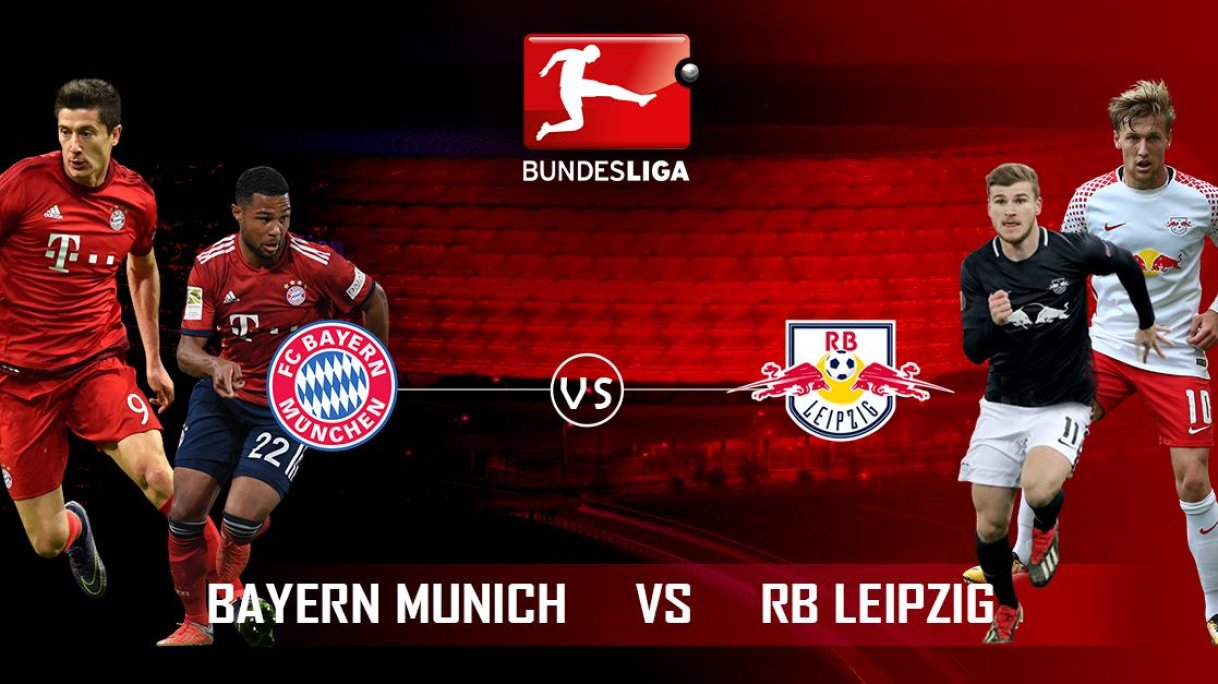 The Allianz Arena will play host to a top of the table Bundesliga clash as Bayern Munich take on RB Leipzig.

Despite a slow start to the season, Bayern Munich are back at the summit of German football as they currently sit on top of the Bundesliga table. They are currently a point ahead of RB Leipzig and tonight’s game will, therefore, be a crucial one in the title race.

Hans-Dieter Flick has steadied the ship for Die Roten. The interim manager did have his fair share of hiccups but three wins in a row has reinvigorated Bayern’s challenge as they look to secure an eighth straight Bundesliga title. These include a 4-0 demolition of Hertha Berlin and 5-0 mauling of FC Schalke 04.

Leipzig, meanwhile, have stuttered in the past few weeks. Julian Nagelsmann’s men are winless in their last three games across all competitions. The last two Bundesliga games for Die Roten Bullen have resulted in a 0-2 loss to Eintracht Frankfurt and a 2-2 draw with fellow title challengers Borussia Mönchengladbach. Leipzig were also knocked out of the DFB Pokal last week courtesy a 1-3 loss to Frankfurt.

In the reverse fixture, honors were even with Emil Forsberg cancelling out Robert Lewandowski’s early goal. Stellar work from bother Peter Gulacsi and Manuel Neuer ensured that both teams were unable to find a winner. Interestingly, RB Leipzig were the league leaders during that game and Bayern Munich were the chasers.

Ivan Perisic will be absent for Bayern Munich after sustaining an injury in training. One of Serge Gnabry or Philippe Coutinho will be taking over the Croatian’s spot in the starting XI.

Real Madrid loanee Alvaro Odriozola might make an appearance on the bench for Bayern Munich.

For RB Leipzig, club captain Willi Orban will not make the cut as he is still recovering from an injury. Ibrahima Konate is also in the same boat. Forsberg, however, has recovered from flu and should make the XI.

New signing Dani Olmo is expected to feature from the bench for Nagelsmann’s side.

French center-back Dayot Upamecano might be a hot property in the football world but he will be ruing going up against Lewandowski, the 2019-2020 Bundesliga’s leading goal-scorer.

The Polish striker is arguably the most in-form player on the planet right now. His return of 22 goals in 20 Bundesliga games (36 goals in 28 games across all competitions) is phenomenal. He will also be looking to increase his tally of seven goals in eight games against Leipzig.

Upamecano is building his reputation as a physical behemoth at the back and will be a tough opponent for Lewandowski. The Pole, however, needs only a sliver of a chance to find the net and the French defender is bound to have a torrid 90 minutes. Upamecano and his defensive partners cannot afford to commit errors similar to that made in the draw against Mönchengladbach.

Two tireless box-to-box midfielders up against each other.

Goretzka’s appearances this season have been limited due to an injury early on. Since his return, the German has been a key cog for Flick. His impressive work-rate, combined with great passing range will be a threat for Leipzig in this game.

In light of this, Sabitzer, therefore is the perfect counter to Goretzka. The Austrian is having a spectacular season, scoring seven goals and assisting five. The danger he poses to Bayern Munich’s leaky defense will result in Goretzka playing a more withdrawn role, which will be an ideal situation for Nagelsmann.

While Bayern have this Bundesliga season’s leading goal-scorer in their ranks, Leipzig have the man who’s hot on Lewandowski’s heels.

Timo Werner has been a permanent fixture on the goal-scoring charts with his 20 goals second only to Lewandowski’s tally in the Bundesliga.

The German forward’s major weapons are his speed and composure in front of goal.

For an ageing Jerome Boateng, that spells trouble.

Injuries to Niklas Sule and Lucas Hernandez have resulted in Flick playing a makeshift center-back pairing of Boateng and David Alaba. The German center-back is well past his prime and his slow turn of pace can be ruthlessly exploited by Nagelsmann’s counter-attacking style.

Both Bayern Munich and RB Leipzig have a tally of 20 points (from a possible 30) away from home.

The visitors, however, have been abject against the 29-time Bundesliga champions. Leipzig have only won once in their last nine matches against Bayern Munich. To add to Leipzig’s historical woes, Nagelsmann’s side have won only once in six games against the top-six Bundesliga sides this season.

Bayern have been imperious at home this season, winning 18 of their last 21 Bundesliga matches at the Allianz Arena. They have also kept a clean sheet against Leipzig in the pair’s last three encounters in Munich. Die Roten Bullen, meanwhile, have scored at least two goals in their last 10 Bundesliga games.

Keeping all of this in mind, I expect Bayern Munich to eke out a marginal win in what should be a high-scoring encounter.