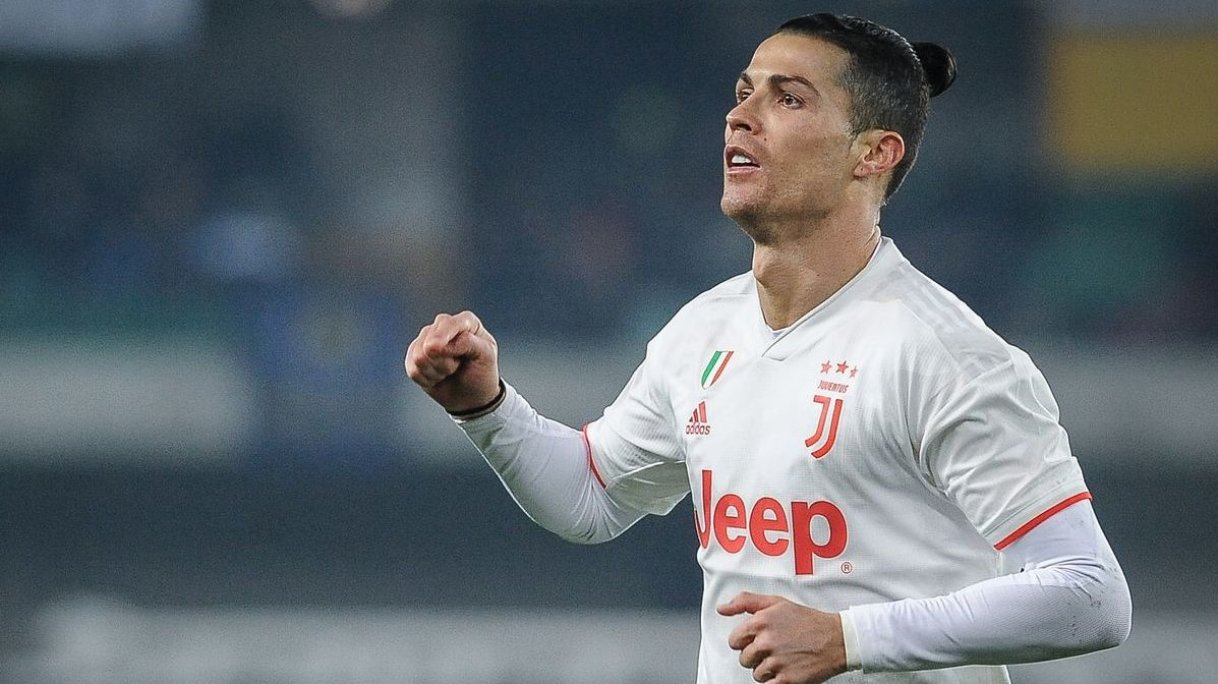 Cristiano Ronaldo back to breaking records with Juventus

Having turned 35 this week, Cristiano Ronaldo is still breaking new records for Serie A side Juventus. Cristiano set a new record by scoring in Saturday's Serie A game against Hellas Verona.

The Portuguese has now made Bianconeri history by becoming their first player to find the back of the net in ten consecutive league games.

Cristiano opened the scoring in Verona with a measured finish on the break to give Juve the lead. He now has 20 goals in the league and 23 in all competitions.

The Old Lady take on Lyon in the Champions League last 16 and Ronaldo will be looking to reclaim the UCL top scorer of the season spot.

He is the competition's all-time top goal scorer ahead of the likes of Lionel Messi, Robert Lewandowski, Neymar and many more.

The game against Hellas Verona did not end well even after being ahead. Ronaldo was among the few Juventus players, who were very upset with the loss.

Ronaldo denied a fan a selfie, something Ronaldo would never like to do but that shows how disappointed he was.

The former Real Madrid talisman is currently five goals behind the Serie A top scorer, Ciro Immobile from Lazio.

Maurizio Sarri has made it clear already that the Italian will do everything he can to get Ronaldo his sixth Ballon d'Or.

Ending the season with Serie A's leading goal scorer will be a very good positive on the road to win the accolade.

Ronaldo's 20 goals are also very significant from the league's point of view. It is more so as, after him, the second representative of Juventus in terms of goals in the league is Gonzalo Higuain with only five league goals, which is disappointing.

It shows how dependent Juventus are on Ronaldo and hence they should pray that the form continues.