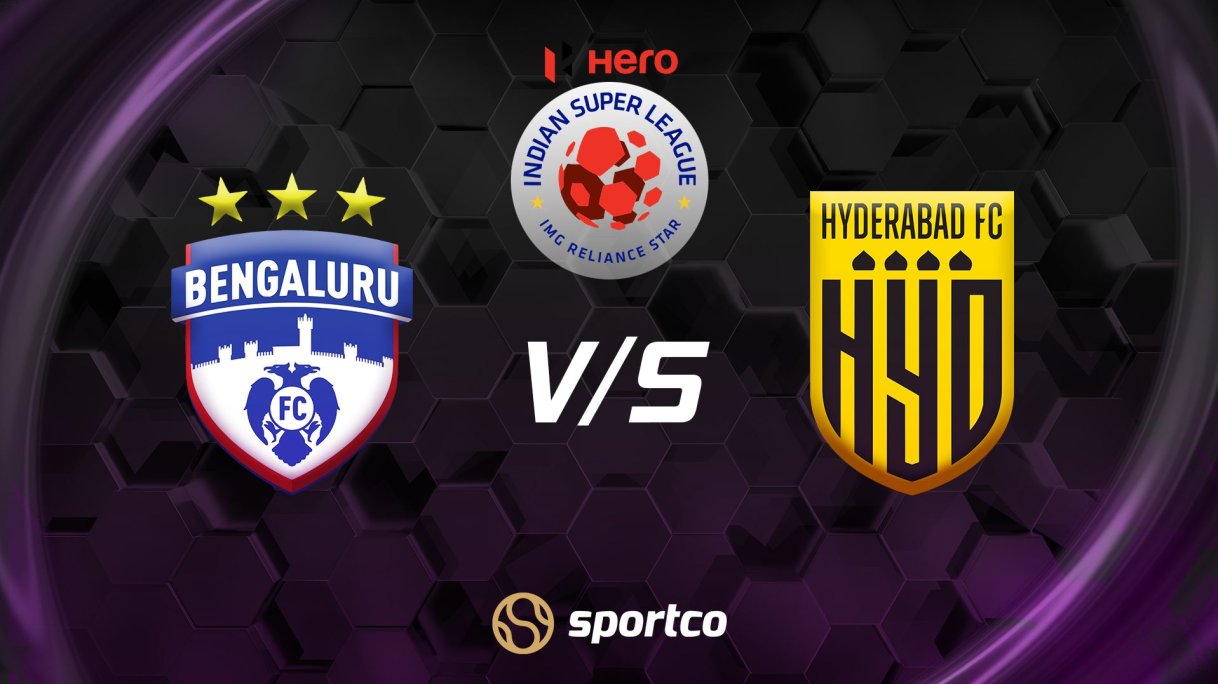 Bengaluru FC has seen mixed results in the two games they've played and their last game was a 2-2 draw against FC Goa. They were frustrated with the result and their manager was pretty vocal about it.

Hyderabad FC has shown great form despite playing only 1 game in the Indian Super League. They are determined to get their numbers up in this season and they have begun bettering them wasting no time.

Coach Carles Cuadrat has left the results behind as he plans his team's next encounter against Hyderabad on November 28 at home.

Hyderabad FC bolsters a strengthened defensive unit with Joao Victor and Odei Onaindia in Hyderabad’s defense and custodian Subrata Paul, who has 27 clean sheets in ISL will also make it difficult for the Blues to score.

The former champions have no casualties but for Hyderabad, things aren't great as Francisco Sandaza will be sidelined.

Bengaluru FC will have to make a stronger impact on the league as till now, they don't seem to have the edge that they had when they won the title.

However, Hyderabad is the only game they've competed in, look to be one of the long-term contenders for the title.

The sides have played each other only twice with Bengaluru FC winning one of the two games while the other game being a draw. Hyderabad FC will have some scores to settle.

Bengaluru FC has a serious concern as they lost a two-goal lead in their first game against the Gaurs. They were sloppy in possession while their passing lacked urgency. They weren't clinical towards the end and that helped Goa to get back into the game.

Hyderabad’s new signing Aridane Santana made an instant impact for Hyderabad FC against his former side last time, scoring what was the only goal of the game.

Against Odisha, Hyderabad not only had 55% possession but they had a massive 18 shots on target, something that would really worry the Blues.

Gumtree Singh Sandhu, Ajith Kumar, Cleiton Silva, Juanan, Sunil Chhetri, and Erik Paartalu will be the Bengaluru FC players Hyderabad will have to look forward to.

Cleiton Silva has been involved almost everywhere and all eyes will be on him as he will be the main man who can let something happen.

Hyderabad has 2nd-most shots on target and that means the efforts are there but they just have to be more clinical.

The game will be a tight one as both are tactically set teams. It will more about how the managers approach the game and it will be interesting to see how things pan out.

Both the teams would want to win but as per current form, Hyderabad looks favorites for this game.