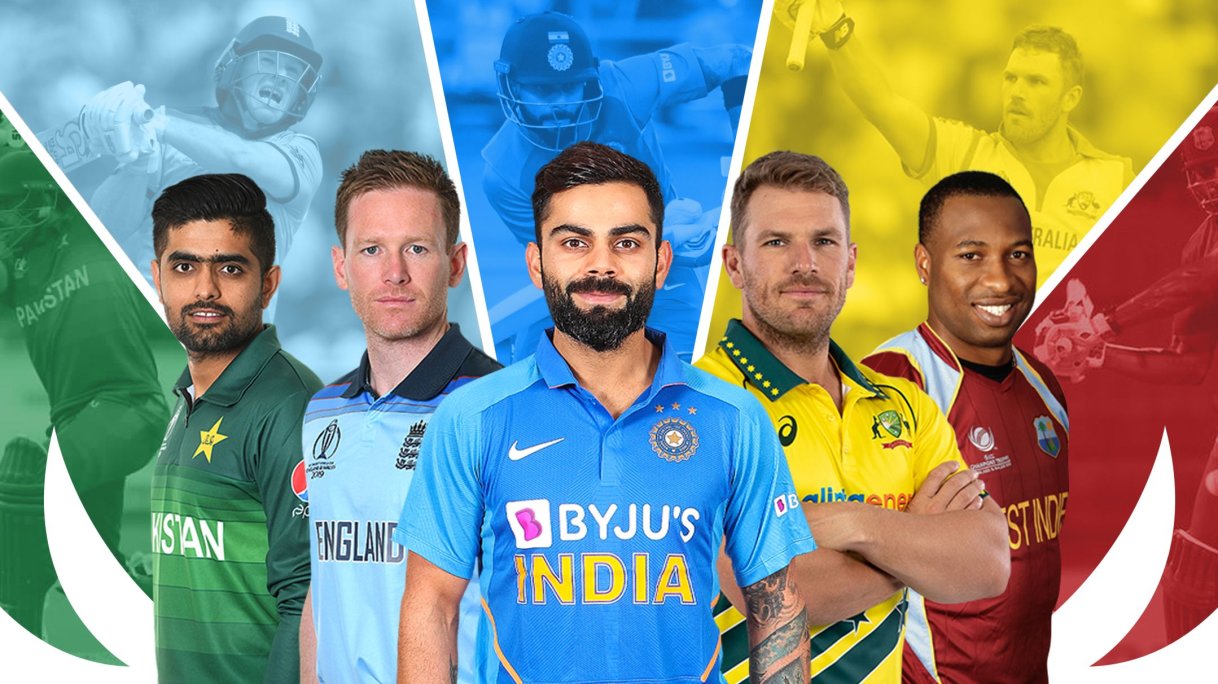 The seventh edition of the men’s T20 World Cup will be played later this year in Australia amid much fanfare. The newest form of the gentlemen’s game has attracted fans all over the globe as it is thoroughly entertaining and nerve wracking.

Host nation Australia will start as the favourite along with defending champions West Indies. Check the Cricket betting tips to know who the current favourites for the prestigious trophy are. We take a look at five nations who can lift the trophy this coming fall:

The Kangaroos will host the T20 extravaganza for the first time in its history and they would like to lay their hands on their inaugural T20 World Cup. They will start as the favourites for the tournament.

It's a shame that the most successful team in ODI World Cup history has never really come into its own in the T20Is. In the World cups, they have under-performed in crunch situations or were at the wrong end of some outwardly individual performances.

The Aussies are well led by Aaron Finch, who along with David Warner form a fearsome opening partnership. Steve Smith, Glenn Maxwell and Mitchell Starc are some of the other important names who will give their all to win it on their home turf.

T20s and West Indies go hand in hand. The shortest form of the game is tailor made for the formidable six-hitting mavericks from West Indies.

They are also the most successful nation in the T20 World Cup history with two cups to their name. On their day, they are capable of demolishing any bowling attack and no target is safe from their grasp.

Andre Russell, Chris Gayle and Carlos ‘Remember the name’ Brathwaite are proven match winners. They will be also buoyed up by the return of Dwayne Bravo.

The Men in Blue are a white-ball powerhouse. Led by the firebrand captain Virat Kohli, this team is not afraid of anything.

They were the winners of the inaugural edition of the tournament but have followed that up with some underwhelming performances over the past six editions. They came close last time around but were ousted by the eventual champions West Indies.

India possesses some of the biggest names in the game currently. Virat Kohli, Rohit Sharma and Jasprit Bumrah are considered the best in the business and they would like to showcase why.

The emergence of white-ball revolution in England happened after the 2015 World Cup. Led by Eoin Morgan, they completely changed their approach towards the game and their mindset.

This culminated in their very first ODI World Cup trophy in 2019 on their home soil. Now their mind must have set on the T20 crown.

The Poms possess some of the most explosive batsmen in the world at the moment. Every member of their devastating batting line-up is capable of winning the match on their own and even their tailenders are no slouch with the bat.

The 2009 T20 World Cup winners are the most successful T20I team at the moment with 92 wins. They always punch above their weight at the world stage and one can never count them out.

The Men in Green, though, are really inconsistent and we can’t say for certain which Pakistan will turn up on a given day. If they iron out their flaws and perform as a team on a consistent basis, this cup might be theirs for the taking.

The up and coming talent in the form of Babar Azam and Fakhar Zaman are also world class. Left-arm duo of Mohammad Amir and Shaheen Afridi will also have plenty to prove and they may wreak havoc on the batting line-ups.