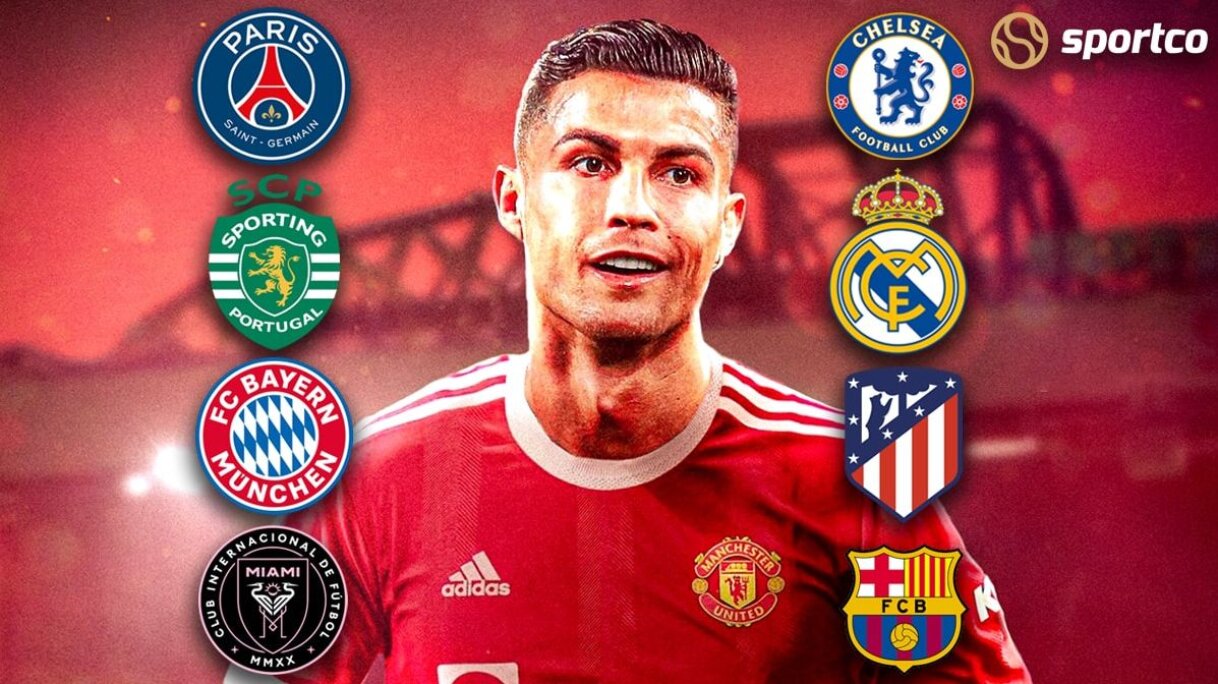 Less than 11 months after making a dramatic return to Manchester United, Cristiano Ronaldo is once again on the hunt for a new destination.

Although not confirmed, the Portugal captain has indicated of a transfer as he continues to remain absent from the Manchester United training ground. So with a possible transfer looming, here is a look at five possible destinations for Ronaldo.

The 14-time European Champions won’t let the opportunity pass by if Ronaldo is made available in the transfer window. Having initially left the club in 2018, Ronaldo’s last game for the Los Blancos was the Champions League final in 2018 in Kyiv.

He still is Real’s all-time top scorer and with an opportunity to play Champions League football, the 37-year-old won’t rule out the transfer. However, the real question is, do Real need, Cristiano Ronaldo?

Major League Soccer (MLS) has been a happy hunting ground for players in their twilight and Ronaldo at 37 might consider the option. The club is owned by another great who represented both Real and Manchester United, David Beckham, as he can lure him to Miami.

The club is coached by Ronaldo’s former teammate Philip Neville and if he sees himself as not fit enough for the European game or is unable to find a club, the MLS could have its brand value increased by the possible arrival of Ronaldo.

The next club which is in the news for a Ronaldo transfer deal in the 2022 summer is  French giants, Paris Saint Germain.

If salary is a stumbling block, then Paris Saint-Germain (PSG) won’t have too many issues, but do they really need him? An unexpected reunion of Lionel Messi and Cristiano Ronaldo could be on the cards, and the Portuguese star won’t rule out a move.

However, with the presence of star names like Neymar, Kylian Mbappe and Messi, it looks practically difficult but not an impossible move. Finally, PSG could have their first Champions League title.

Champions League football, winning pedigree and financial power is all that is there at Bayern Munich. Bayern could be a nice move for Ronaldo and a destination that he has only visited in the Champions League.

Bayern have a winning mentality apart from the financial power and a beautiful stadium. With a vacant role of a striker after the departure of Robert Lewandowski, a move for Ronaldo could be the best possible statement the Bavarians can make.

While above all teams have the pedigree to attract Ronaldo, it is Barcelona that are actually in the race to sign Ronaldo. Rumours have it, that Barcelona have been interested in signing the former Real Madrid man and with a possible deal for Frankie de Jong also on the cards, he could be part of the deal.

However, with the legendary status, the Portuguese star has, this will be the most controversial of moves in history. Imagining Ronaldo in the strips of Barcelona, playing and scoring at the Santiago Bernabeu, this could be bunkers.

With the transfer news surrounding Cristiano Ronaldo in the 2022 summer, which club do you think would the Portuguese footballing icon choose?