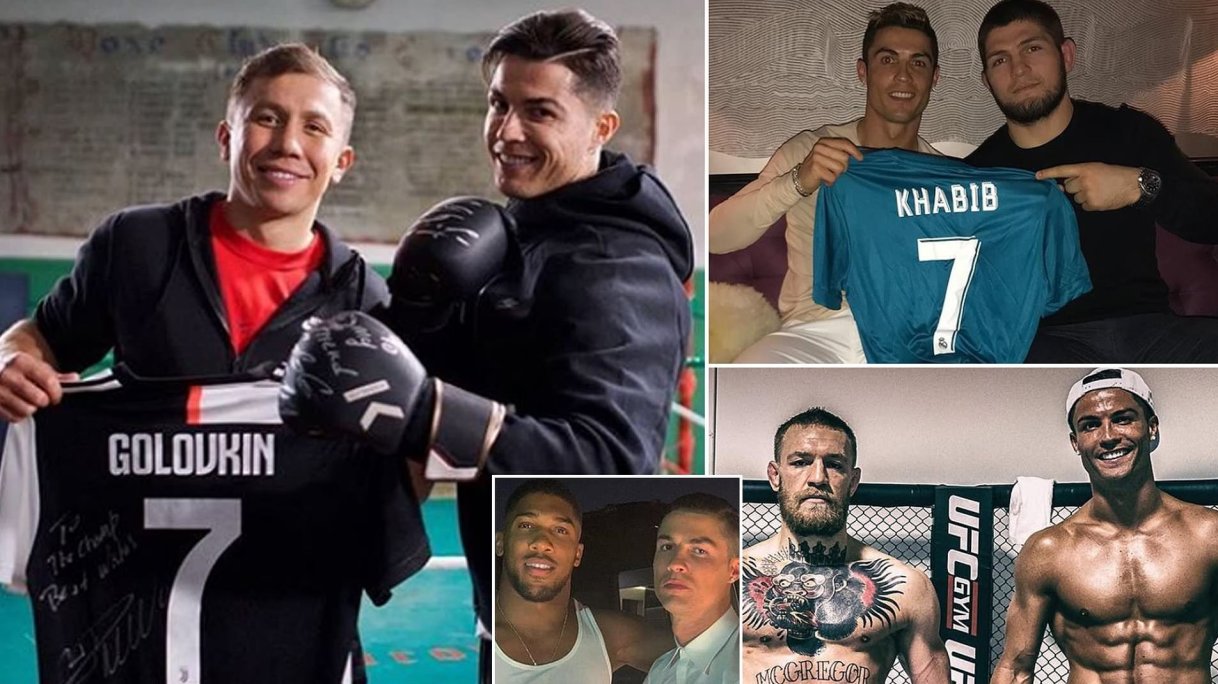 Cristiano Ronaldo: I'd rather watch UFC or Boxing over Football

While in conversation with boxing star, Gennady Golovkin in a DAZN documentary titled 'Parallel Worlds', Cristiano Ronaldo revealed that his preference is watching boxing or UFC rather than a match of football.

"Between watching a football match or a boxing fight, I choose boxing or UFC." Ronaldo met UFC star Conor McGregor too previously and he said, "When I was at Manchester United, a coach boxed with me. I think practicing boxing is useful for football because it sharpens your senses and you learn to move."

Ronaldo is 35 years old now but he still doesn't look like he's stopping soon, still being one of the fittest players in the sport.

"Last Summer, I had a chat with Anthony Joshua. At 33 you start to think your legs are going.  I want to stay in the sport, in football. People will look at me and say: 'Cristiano was an incredible player but now he's slow, I don't want that. You can change a lot about your body,  but the problem isn't that. It depends on your mindset, your motivation,  and your experience, which I think is the most complex thing."

He also said that with age the maturity you achieve can also help you achieve more, giving the example of the legend Roger Federer, who is aged yet looks like a player at his peak.

Ronaldo celebrated his 100th Juventus appearance in style with a brace in their 3-1 Serie A win over Genoa.

Another feat the Portuguese achieved was to become the first player to win 400 games across Europe's top five leagues this century.

Ronaldo has fired 77 times since joining the Old Lady in 2018, reaching 31 goals for the calendar year, becoming only the third Bianconeri to reach this record. The more shocking part is that he is the first to do so since Omar Sivori in 1961.