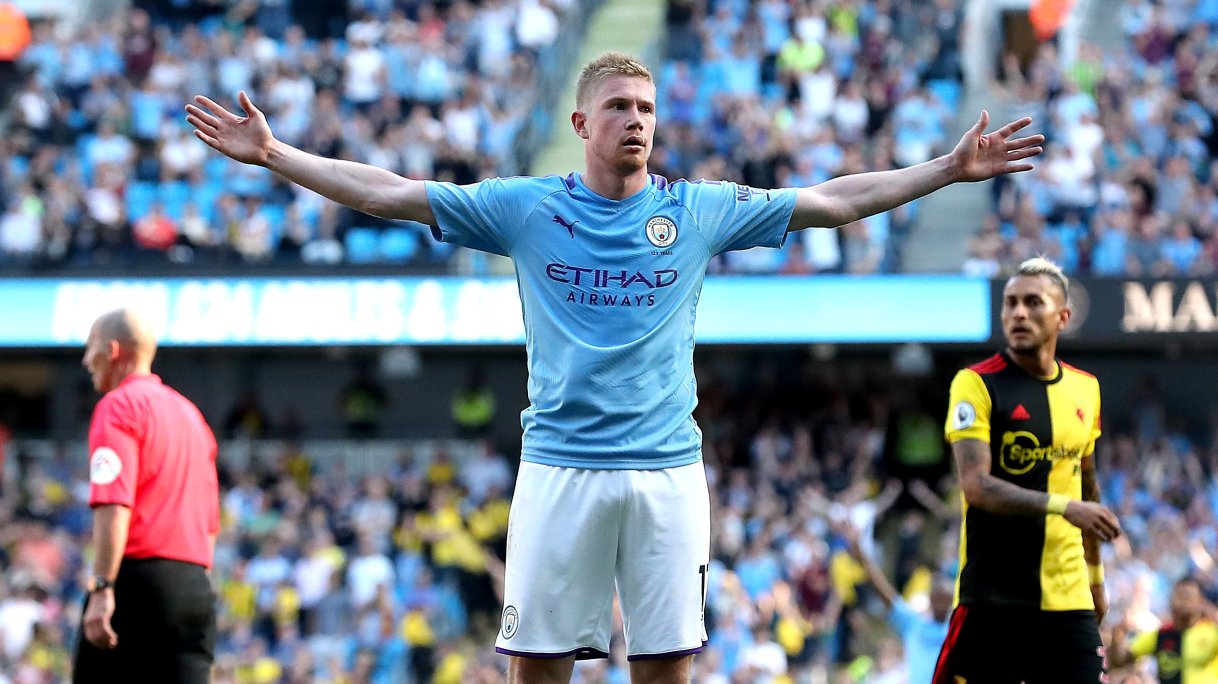 Manchester City have won 10 of their last 11 games, with the key contributions of majestic Kevin de Bruyne bringing Pep Guardiola’s tactics to perfect execution. Gabriel Jesus dispatched an unfussy left-footed finish to give City a four-goal cushion at half-time at Villa Park.

Kevin de Bruyne has established a position named the ‘Kevin De Bruyne’ position which is just on the edge of the final third, a little wide of the right-hand side of the penalty area. It is the best angle for KDB to wrap that delectable right foot around the ball and arc it towards and then tantalizingly away from the goal.

It was De Bruyne’s 14th assist of the season which was probably the most beautiful and caught the eyes of a lot of football fans. The assist was so good that his ex-rival and Belgian squad teammate, Romelu Lukaku went crazy.

De Bruyne hinted about supplying him too in the Euros 2020 indirectly as he wrote about summer. Sergio Aguero made the headlines too by breaking two epic records of the Premier League. Aguero is now the all-time top Premier League goalscorer among the non-English players. The record was held so far by another Premier League legend, Thierry Henry.

Aguero also broke Alan Shearer’s record of most hat-tricks in the Premier League with his 12th hat-trick. However, there is no doubt that De Bruyne has been the beating heart of this team after the team losing out some of the very crucial players from the squad due to injury.

One more surprising fact is that the last two seasons saw a Manchester City team favoring the 4-3-3 formation but due to problems like form and fitness for the key players this time and with Liverpool being on top with an enormous lead, the City manager shuffled his side into some different tactical shapes over the past month.

A 4-2-3-1 formation was chosen for a 3-0 triumph at Emirates in December, which was the second victory in a run of 10 wins from 11 in all competitions, where City began a recent trend of doing crucial damage before half-time.

De Bruyne played as an impressive number 10, shooting from long range into the top corner with an outstanding technique and also curled a fragile and controlled effort either side of bursting through the right-hand side of the Gunners defense to set up Raheem Sterling.
De Bruyne played in a similar role against Leicester too, after dropping another assist in a 3-1 triumph. A 3-4-3 attempt saw a very slow performance against Sheffield United in the first half. Guardiola then deployed KDB as a deep-lying and roving midfield general, who tore the opposition apart as he set up Aguero to break the deadlock.

This tactic remained as it is against Carlo Ancelotti’s Everton until facing Manchester United in the EFL Cup semi-final. The match at Trafford saw De Bruyne as a false nine and twisting Phil Jones on the wrong side was one of the biggest highlights of the game.

The game at Villa Park was with the old 4-3-3 formation, with De Bruyne running in the gaps causing destruction in the form of two assists. The Champions League clash with Los Blancos will be an interesting one. Let’s see what side of KDB is unfolded by Pep.