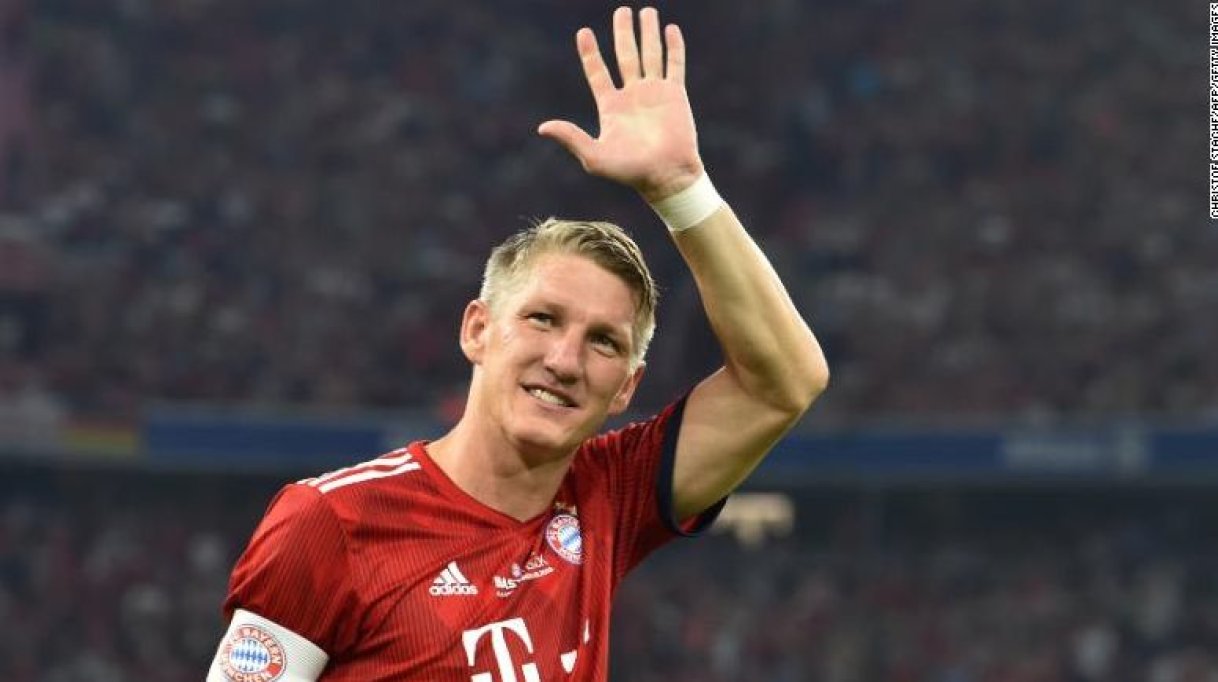 One of the best midfielders in the world at his time, Bastian Schweinsteiger has finally decided to hang up his boots.The German legend also posted an emotional message on his twitter handle thanking his fans for their support during his illustrious career that spanned nearly 17 years. He played his farewell game for Bayern Munich against his most recent club, Chicago Fire, resulting in a 5-2 win.

Having signed as a teenager for the German Giants back in 1998, Schweinsteiger captured everyone's attention in the club with his consistent performances and he gradually started to rise through the youth ranks.

Initially a left-back, it was during Ottmar Hitzfeld's tenure that Schweinsteiger signed his professional contract with the Bavarians. He started in 14 games and helped Die Roten secure a league and cup double. Despite being demoted to the reserve team by newly appointed coach Felix Magath in the 2005-06 season, Schweinsteiger returned to first team action in a very short period.

He had made 135 appearances in all competitions for Bayern up to the end of the 2007-08 season, scoring 10 goals in the process. In December 2010, he signed a contract extension that would keep him at Bayern Munich till 2016.

His best time at Bayern came during the 2012-13 season where he won the treble that consisted of the Champions League, DFB Pokal and the Bundesliga.

A year later, he won the FIFA world cup with his national team in Brazil. He ended his long stint at Bayern with 500 appearances across all competitions and is revered by the club's fan-base as the football god.

He then signed for Premier league club, Manchester United, for a fee reported to be €9 million on July 13, 2015. He was offered a three-year contract at the club and he became the first ever German player to play in the starting eleven for the Red Devils.

But life at Manchester proved to be more difficult for Schweinsteiger as he was banished to the U-23 squad the moment Portuguese coach, Jose Mourinho, arrived.

On March 21, 2017 Bastian agreed to sign for MLS club, Chicago Fire, in a free transfer. His performances improved the club on a significant note as they qualified for the MLS play-offs after a five year absence.

As a reward for his contribution, he was offered an extra year on his contract, finally retiring on October 8, 2019.

Known as the 'Midfield Motor', Bastian Schweinsteiger was capable of pulling the strings effectively in the middle of the pitch. Predominantly a central midfielder, he even had the ability to play in the wide areas. He was also known for his great positional sense and a fearsome shot range. He occasionally played as a 'sweeper' during his time with Chicago Fire.

Career stats (For both club and country):