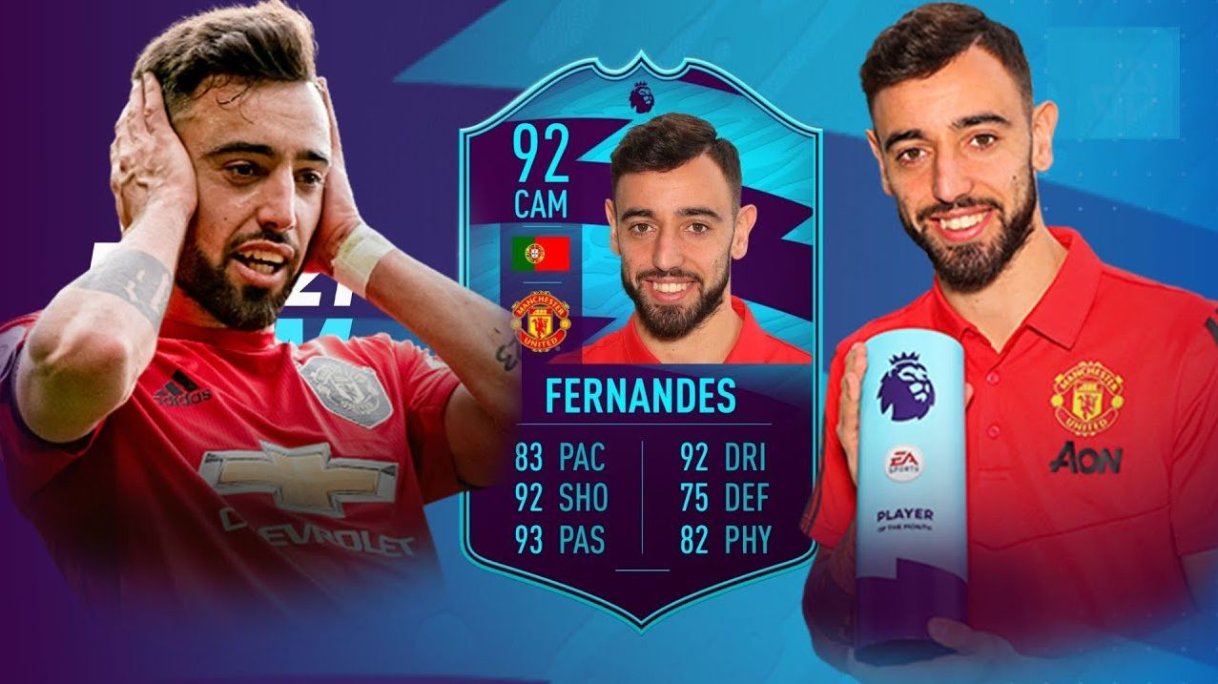 Bruno Fernandes has bagged yet another POTM award, and hence, EA has released another POTM card for the Portuguese midfielder in FIFA 21

In this article, you can find exactly how much the Bruno Fernandes POTM will cost you and all the requirements you have to fulfill to acquire the card.

The arrival of Bruno Fernandes to Manchester United has changed the fortunes of the Red Devils. His incredibly sharp passing ability and unreadable vision have propelled Man United to the top of the Premier League table.

It will not be a surprise to see the midfield maestro be a member of the Team of The Year. After all, fans will be racing to vote him into the best XI of 2020, and his performances certainly make him a valid option.

In this article, we will be going over all the requirements to acquire a Bruno Fernandes player of the month (POTM) card. We have checked with FUTBIN and you have to build 6 squads if you want to get your hard on the 92 OVR Bruno Fernandez POTM Card.

This is one of the hardest POTM SBC till date. But, we have a list of all the squads you need to submit.

Completing them will cost anywhere between 1.00-1.10 million in coins.