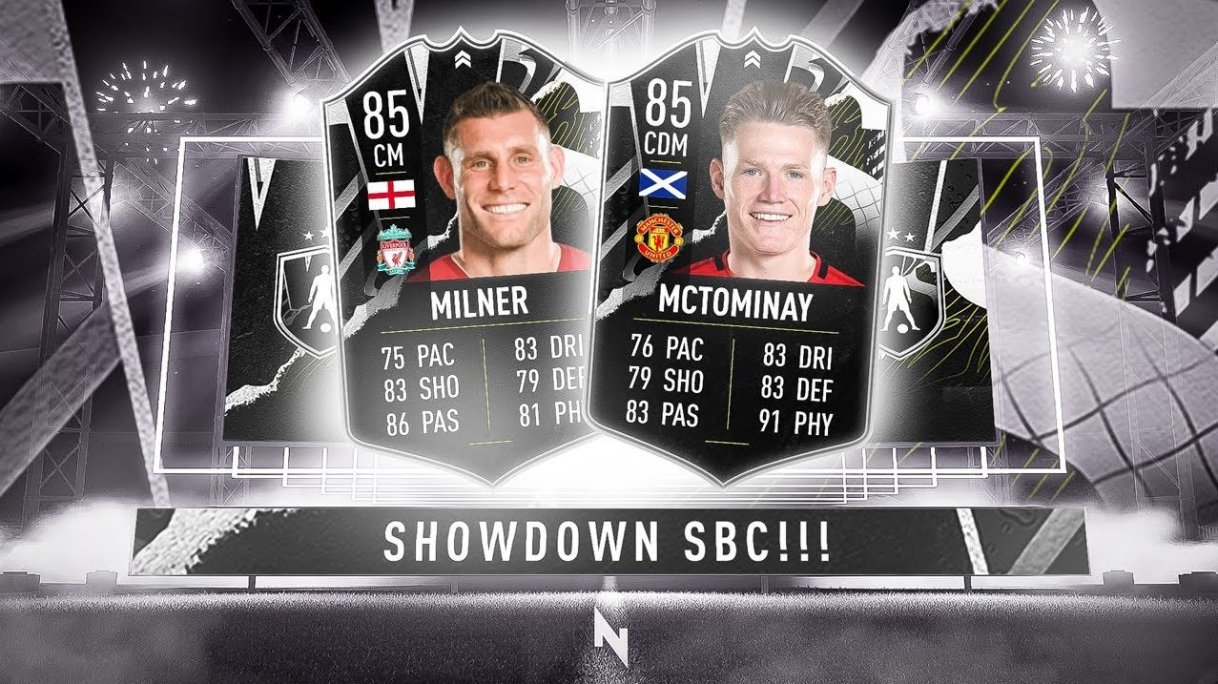 It's the eve of the big Table Top clash between Liverpool and Man United in the Premier League. The winner of this game will be favorites to win the Premier League title. EA is having a Showdown SBC for this clash which features midfielders Scott McTominay & James Milner.

To celebrate the high-drama table top clash between Manchester United & Liverpool, EA sports is including an SBC that will be pretty rewarding for the fans. Since its a showdown challenge, you have to ultimately choose sides.

If Liverpool take the win at Anfield, you will get a +2 upgrade on Milner. The same applies to Manchester United prodigy McTominay’s 85-rated card. If the game anti-climactically ends in a draw, you will still walk away with a +1 upgrade.

In this article, we will tell you what are the requirements to complete the Showdown SBC for both Scott McTominay as well as James Miller. They are a bit intricate, but not too expensive, and the reward for a win will totally be worth the effort you put into building the squads.

How to Complete McTominay Showdown SBC

The McTominay card is a beast defensively. He has an 83 OVR in defending & a 93 OVR for physicality. The latest +8 pace brings his speed to 76 OVR. However, if you are lucky, and United win the game, the 87-rated card will make him a beast at the CDM position

How to complete Milner Showdown SBC

Milner's Showdown card is already a big upgrade from his base card. He has a massive +13 Shooting upgrade—including 99 Penalties and 97 Shot power. If Liverpool win, his card will have a 87 rating, which is pretty decent midfielder for a squad.

You have until kick-off on January 17th to complete the Milner and McTominay Showdown SBC. The match between the fierce rivals is surely going to be electrifying.

If you are a fan of either Liverpool or Man United, the cards are definitely worth contesting for. In the event of a win, you will certainly be happy you invested the time & effort in the Showdown SBC.