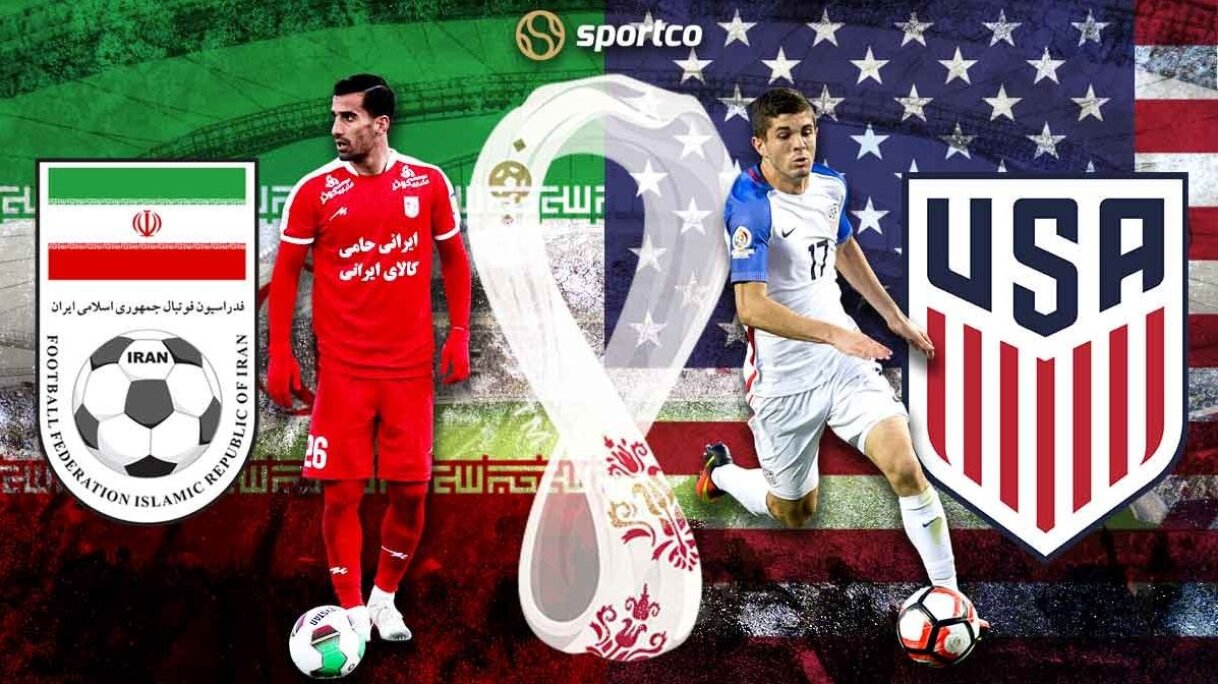 In a captivating affair in Group B's Round 3 games, Iran and USA face each other on Tuesday in Al Thumama Stadium in what is called the 'most politically charged game in World Cup history'

The Asian giants Iran kept their World Cup hopes alive after thrashing Wales in the last game to sit in second place in Group B. Iran scored twice in stoppage time through Roozbeh Cheshmi and Ramin Rezaein to beat 10-man Wales as Carlos Queiroz's team stood out strong after collapsing against England in the opening game.

Team Melli now must ensure they do not lose the game against the USA to progress to the next round. A win secures a route to the knockout for the first time in their history or even a draw would also be enough given Wales fails to beat England.

Previously, the USA were eliminated by Iran by a 2-1 scoreline in the 1998 World Cup, and since then this fixture is labeled as the 'most politically charged game in World Cup history' given the tense relationship between the two nations over the last few decades.

However, the USA coach Gregg Berhalter refused that the political hostility has anything to do with Tuesday's game, stating, “I envision the game being hotly contested for the fact that both teams want to advance to the next round – not because of politics or because of relations between our countries."

USA, who missed out on the 2018 FIFA World Cup in Russia, made their comeback in Qatar and arrived with a good squad of young and talented prodigies. However, they would be upset by the fact that they couldn't make the most out of the last two games, playing two draws against Wales and England.

If Gregg's men are able to win against Iran, a knockout tie against Netherlands, Ecuador or Senegals awaits, as the Stars and Stripes need to improve their game in the final third and be ruthless in front of the goal.

Iran vs USA Head to Head

Both Iran and the USA are preparing to meet for the third time in a competitive match. The first meeting between the sides were hosted by Lyon's Stade de Gerland in the 1998 World Cup. as Iran defeated USA 2-1, before the game it was reported that Iranian supreme leader Ali Khamenei ordered the Iranian players not to walk toward American counterparts during the pre-match handshake.

Later, the pre-game formalities were carefully arranged to ensure the USA players were the ones walking during the pleasantries, despite, the political tensions between the nation, Iran players showed the true meaning of Sports, which is Sports unites people, as they handed white roses to their opponents as a peace offering and two side's starting XI posed for a joint photo.

Moreover, two years later in a friendly, both sides were settled for a 1-1 draw.

Moreover, the USA are on a winless streak in five consecutive games across all competitions, as their last victory against Grenada in the Nations League was back in June.

Iran will be without the service of former Brighton & Hove Albion man Alireza Jahanbakhsh for the final Group game against the USA, after picking up a second yellow card of the tournament in the last match against Wales.

Moreover, forward Sardar Azmoun is a doubt for Queiroz's men after struggling for the 68 minutes he played against Wales. the Bayern Leverkusen man has been sidelined since early October with a calf injury however, miraculously return to action in time for the World Cup. Head Coach Queiroz has a big decision to make on the star forward given he has had a big impact on his team.

Meanwhile, goalkeeper Alireza Beiranvand is set to return after missing out on the last game due to concussion protocol, after a nasty head injury in Iran's first match of the World Cup with England. However, it will be intriguing to see Queiroz's decision regarding the goalkeeping position, as Hossein Hosseini kept a clean sheet in the last game.

Head coach Gregg Berhalter has no fresh injury concerns on his side, however, he has concerns to take care of regarding the large majority of fan and media attention focused on the lack of game time for Borussia Dortmund's Giovanni Reyna, who has just featured 15 minutes of World Cup action so far.

Meanwhile, Haji Wright has replaced Josh Sargent in the starting XI of the Stars and Stripes against England in the only change from the Wales game, and not much change is anticipated on Tuesday too.