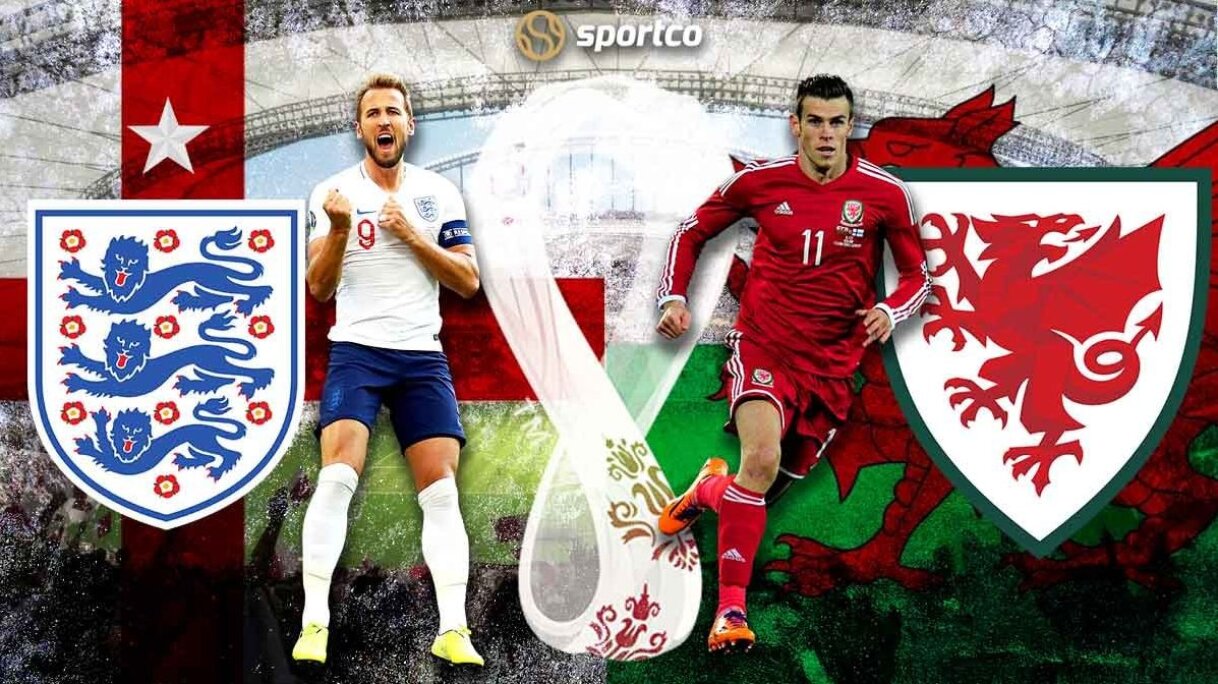 Heading into the final matchday of the FIFA World Cup 2022 in an all-British affair, Wales play against England in what will be a must-win match at the Ahmad bin Ali Stadium in Al Rayyan.

Having lost to Iran in dying moments on Friday (November 25), anything less than a win will see Gareth Bale’s men crash out while even a win could still seal their fate. England on the flip side will need a point in maximum to guarantee a spot in the last 16 but will look for a win and seal their passage as group winners.

Wales vs England Head to Head

The clash on Tuesday evening will be a historic battle as two British teams meet in a rare World Cup game. History though is not on Wales’ side as they have won only 14 matches from their 103 previous encounters and a win on Tuesday will be the need of the hour. England have been the superior of the two sides having won the World Cup in 1966 while Wales’s best run in the tournament came in their only other appearance in 1958 when they reached the quarterfinals.

It has been 38 long years since England last lost a match against Wales and have won their last six matches on consecutive occasions. In May 1984, former Manchester United striker Mark Hughes scored the winning goal in a 1-0 win. Not since May 1981, have the two sides shared a draw so England will enter the frame as a clear favorite on Tuesday.

What is needed to secure qualification?

Wales still have their fate in their own hands and a win by a four-goal margin against England will see them through, no matter what the result is in other Group B match. Even a win by any goal margin could see Wales through to the next round, provided Iran and USA match ends in a draw.

However, if either Iran or USA win their particular contest, then a Wales win will be academic and will see them crash out. Anything less than a win will also see Rob Page and his side pack their bags early.

Statistically, England can still get eliminated but the possibilities of that happening will be slim as they are in good form and have a rich history against Wales. A win for England will see them through to the knockouts as Group B winners. A draw for England coupled with a win for either of USA or Iran will still see them through to the Round of 16, but only as Group B runners-up. A draw in both Group B matches will see England win the group.

The first scenario in which England will get eliminated is if they lose by a four-goal margin while either Iran or USA win their match. The other scenario will have to see England lose by a seven-goal margin and the other game between Iran and USA end in a stalemate.