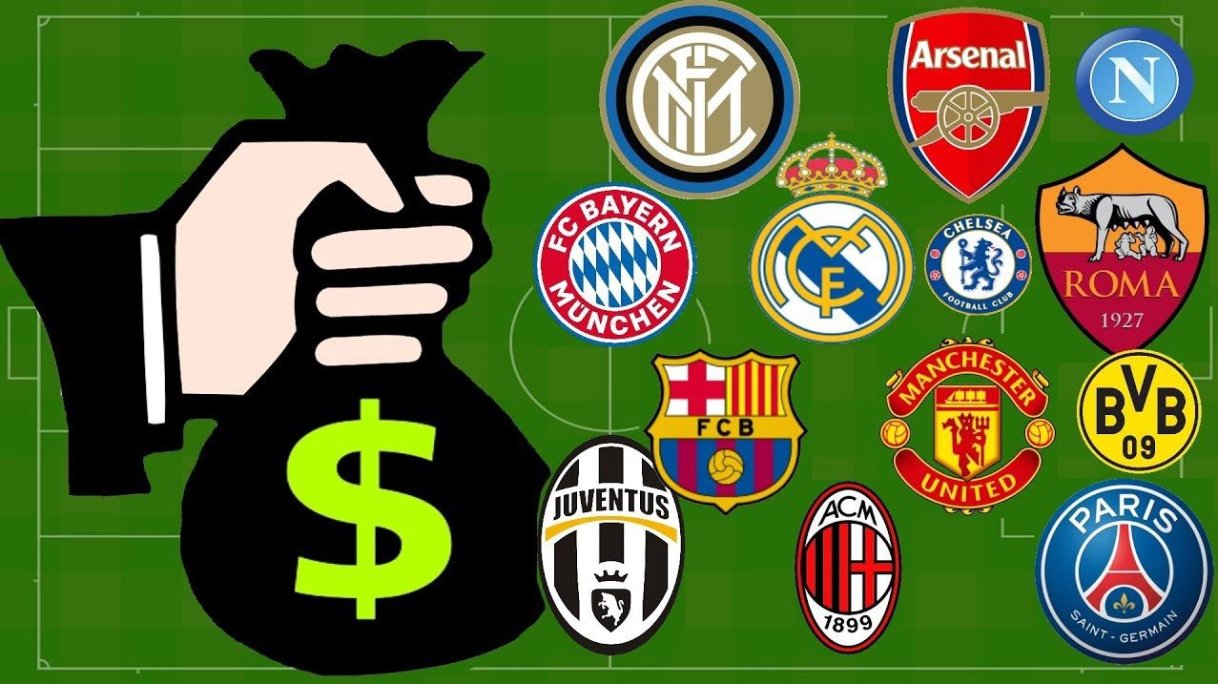 Five football clubs that overpaid in the 2019 summer transfer window

In these times of mega-money moves and astronomical wages, it is only natural that football clubs would have to churn out huge sums to attract players.

Often, smart negotiations help a great deal in pulling the transfer through smoothly; but conversely, it might also happen that clubs hold out for more than what they should be getting in the first place.

We take a look at five football clubs that, in our opinion, overpaid in the 2019 summer transfer window which closed a few days back.

Newcastle United, unlike in its golden years, have been struggling hard to not end up relegated for the past seasons.

The illustrious club is a pale shadow of its bygone gigantic self, and hence it is increasingly difficult for the Magpies to cope with its competitors when it comes to transfer spending.

The ever-loyal St. James' Park faithful have been patiently awaiting for good signings who could replicate at least a fraction of what their talismanic symbol Alan Shearer managed to accomplish with the Tyneside club.

In their quest for success, they have spent a net amount of EUR 68.40m in the 2019 summer transfer window, out of which a major chunk went to German outfit Hoffenheim to acquire the services of 22-year-old Brazilian striker Joelinton.

EUR 44m is substantially higher than his current market value and it is regarded that Newcastle overpaid a tad too much.

Even before the transfer window opened, Arsenal's Spanish manager Unai Emery was supposedly given a total of GBP 45m for the entire transfer activity that was to happen later.

It was therefore incredibly surprising when the Gunners took a massive U-turn and went on to buy the much-fancied Ivory Coast winger Nicolas Pepe from French side Lille for a club record fee of EUR 80m.

They did not stop there too as the North London outfit went overboard again in roping in a teenage centre-back William Saliba for EUR 30m from another Ligue 1 side, Saint-Etienne.

Needless to say, the spending for the two signings was much higher than the respective players' market values, and that is the reason Arsenal find themselves in this list.

Often dubbed as the biggest club in the world, Manchester United does not currently boast of as much quality and ego as it used to have in the Alex Ferguson era.

However, that has not discouraged the Red Devils at all, in pouring in big money for possibly the best talents across the globe.

Ever since the legendary Scot decided to leave the fortress that was Old Trafford, manager after manager (David Moyes, Louis Van Gaal, Jose Mourinho) have walked in, trying to 'buy' success overnight.

Even the then-world-record and club's record signing Paul Pogba has not managed to perform at his best.

But he was not going to be the record signing at the red half of Manchester anymore, as United overpaid excessively in getting England international Harry Maguire from Leicester City for a whopping fee of EUR 87m.

This came about not before Crystal Palace pocketed EUR 55m from United for letting go of its promising right-back Aaron Wan-Bissaka.

Their overall spent is EUR 159m.

Atletico Madrid are traditionally street-smart and extremely stingy when it comes to transfer spendings. But this transfer window saw Los Rojiblancos lavishly investing on a handful of players from across the world.

After managing to acquire the impressive Kieran Trippier from Tottenham Hotspur for a bargain amount of EUR 22m and the solid defender Mario Hermoso from Espanyol for EUR 25m, Diego Simeone looked like he is doing business as usual.

They even went on to sell their prize icon Antoine Griezmann to title rivals FC Barcelona, and in a bizarre turn of events, the club that plies its trade at the Wanda Metropolitano went mightily overboard.

However, the move that sent shockwaves all across the football spectrum was the one that saw Portuguese prodigy Joao Felix trade clubs to Atletico from Benfica for a jaw-dropping amount of EUR 126m (market value of EUR 70m).

It is not surprising to see Florentino Perez's very own Real Madrid making it to the top of a list of big-spending clubs.

After all, it was his brainchild idea of ushering in an era of 'Galacticos' that made a paradigm shift in the way the footballing world saw transfer moves, which used to be low-key affairs in the beginning.

Los Blancos went about their business very quickly and smartly as Zinedine Zidane wasted no time whatsoever in acquiring the services of Belgian Eden Hazard and Serbian Luka Jovic from Chelsea and Eintracht Frankfurt respectively.

Another buy was 21-year-old Eder Militao from FC Porto. Even though the aforementioned three deals involved massive money, the moves were justified as the player market values were more or less the same, if not lesser.

But the Santiago Bernabeu outfit stunned one and all as they more than overpaid for Brazilian winger Rodrygo from Santos.

They repeated the feat in the deal that saw French left-back Ferland Mendy jump ship from Olympique Lyon to the Spanish capital.

Even though the two signings in question did not involve astronomical sums of money, it proved that Real did not have any qualms in paying extra bucks for the acquisition of young talents.