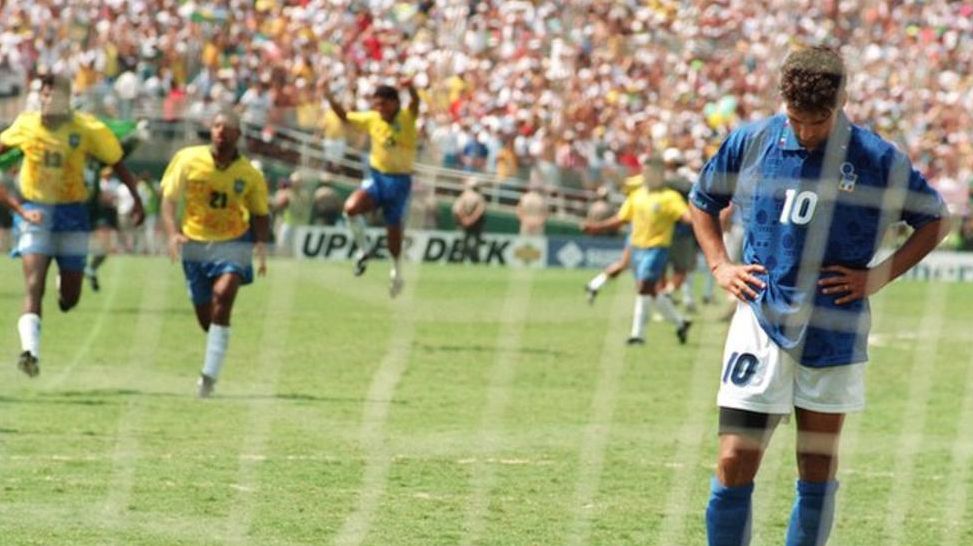 The five most iconic penalty misses in football

Even the world's greatest can get it wrong sometimes, but to miss a penalty when your side needs you most is unfortunate, to say the least. Here are five of the most important spot kick misses in football history, incidentally from some of the greatest individuals to have ever played the beautiful game.

​When a World Cup final goes to penalties it is inevitable that one player will want the ground to swallow him up, yet in 2006 one would not have expected it to be French striker David Trezeguet considering his effectiveness in front of goal. With captain Zinedine Zidane having been shown the marching orders, the onus was on experienced players to show up at the most crucial juncture. With Italy putting away all five spot kicks, Trezeguet's effort that crashed against the bar and out proved as costly as they come and denied France a second World Cup success.

​It is widely argued that the Brazil side of 1986 is the greatest to have not won the World Cup, but everything would have been so different had Zico put away his penalty during the classic quarter final clash with France. Having only just come on as a substitute, the legendary Brazilian playmaker won a penalty for his side, but shot straight at French keeper Joel Bats. France went on to progress through to the semis after defeating their opposition in a dramatic shootout.

​Ukrainian ace Andriy Shevchenko was probably the best striker in the world in 2005. Yet, having seen his side get pegged back from 3-0 up and Liverpool showing insane resolve to take it to penalties, Sheva's confidence may well have been shot by the time his penalty came around. With Jerzy Dudek in his way, the Milan striker produced a tame effort to hand the Reds the Champions League and bring an end to one of the most memorable finals in recent history.

​The script was written for him at the Luzhniki Stadium in Moscow. The year was 2008. John Terry, the loyal captain of Chelsea, had the chance to deliver the Champions League to his side for the first time in their history by simply converting a penalty against Manchester United in the shootout. Yet, in what is now an unforgettable moment in football history, the English centre back slipped on the wet Moscow surface and missed his spot kick, with the Red Devils going on to be victorious in front of a tearful Terry.

Arguably the most iconic penalty in world football, Roberto Baggio handed Brazil the 1994 World Cup when he missed the target completely with his penalty kick in the final at the Rose Bowl in Pasadena. The 'divine ponytail' had been the competition's best player, but he turned from hero to villain at the most critical stage and the image of the Italian striker as a forlorn figure at the penalty spot will forever haunt himself and his glorious nation.