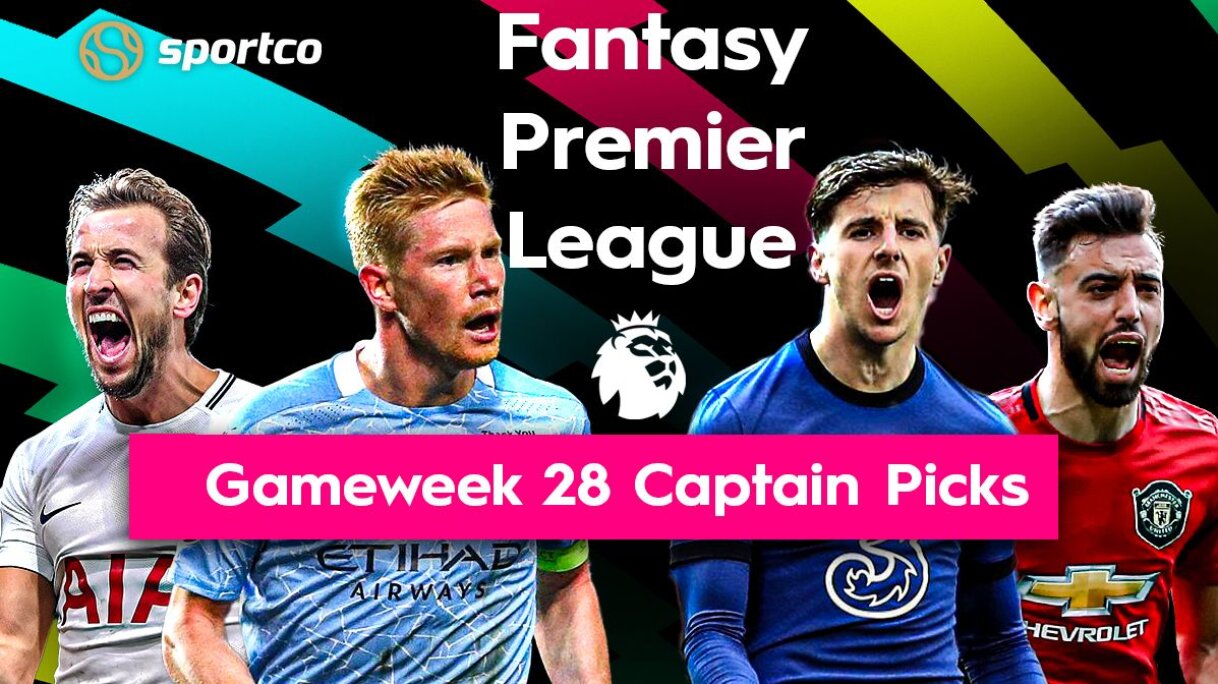 We enter gameweek 28 after another thrilling end to a premier league week, which saw Manchester City put five past Southampton yesterday in the Premier League. Some interesting fixtures are lined up for gameweek 28 with the North London derby the standout fixture this weekend.

Tottenham Hotspurs have looked in great form in the last 4-5 matches, with Jose Mourinho finally realizing that he needs to play the likes of Gareth Bale, Delli Alli, Lucas Moura in his starting line-up more often.

We get straight into the FPL Gameweek 28 Captain selection and options for this week that could get you maximum points:

Harry Kane would be a great choice as captain for this FPL gameweek 28, since he has a great scoring record against their North London rivals, Arsenal.

It is clear from the above stats that Kane relishes the big stage and Arsenal are one of his favorite opponents to play against. The Tottenham captain notched an extra-ordinary 19 points in gameweek 27 with 2 goals and 2 assists against Crystal Palace.

Further, it's not just Harry Kane's ability to score goals, but his vision and creative gameplay has helped him bag 13 assists in the Premier League so far. Spurs are in great form, and hence, Sportco highly recommends you to consider Harry Kane as your captain for FPL Gameweek 28.

Let's be honest, we have all missed Kevin De Bruyne when he was out for a few gameweeks in Jan and Feb. However, we saw the best of De Bruyne against Southampton wherein he bagged 2 goals.

Man City are on course for another Premier League title and Pep Guardiola would be hoping to wrap it up as early as possible so that he can rest players for their Champions League and FA Cup commitments.

Sportco feels Kevin De Bruyne would continue his dominance in midfield this week against Fulham and hence he would another alternative option as your captain for FPL gameweek 28.

Manchester United have been awarded 9 penalties this season, scoring eight and missing one. Bruno Fernandes has been the undisputed talisman for the Red Devils this season, with the Portuguese being involved in almost all the attacking play of United.

Bruno Fernandes has already bagged 16 goals and 12 assists in the Premier League so far and we expect some more fireworks this weekend from him when Man Utd host West Ham at Old Trafford on Sunday evening.

Gareth Bale has been in great form in the last 5 matches, scoring 4 goals and 2 assists in the process. Mourinho has finally started to put faith in the Welshman after ignoring him for the most part of the first half of the season.

If you are a die-hard Chelsea fan, you would itching to keep Mason Mount as your captain for FPL gameweek 28, with the young Englishman showing great hunger and energy under new manager, Thomas Tuchel.