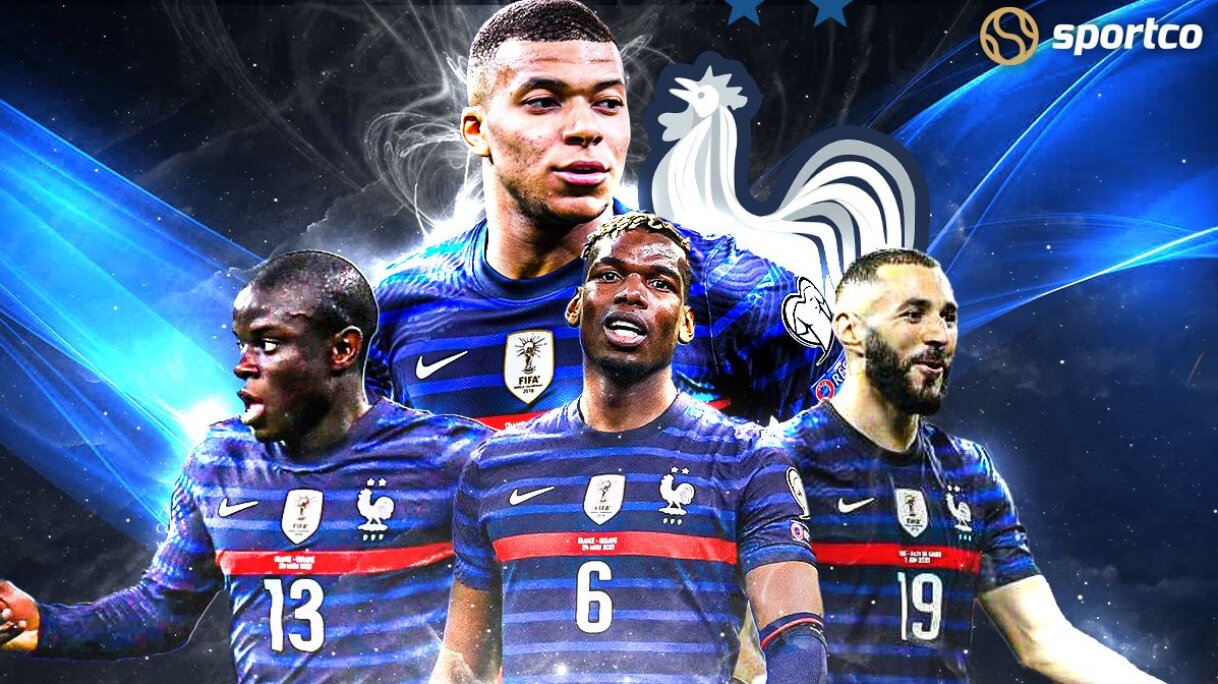 Didier Deschamps has named his France team for the Euro 2021 that is similar to the World Cup 2018 Squad but with small tweaks. The Les Blues have been handed a much tougher group a.k.a 'The Group of Death' which includes - Germany, Hungary, and Portugal

Goalkeepers: Lloris to the rescue?

Deschamps hasn't experimented much with the goalkeeping team for France for this summer's Euro 2021 Championships. The goalkeeping duties are being handled by the much experienced World Cup winner, Huge Lloris (C), who had a much average domestic season with Tottenham.

Steve Mandanda would be the second choice followed by a Debuting Mike Maignan. Deschamps has kept 2 out of the 3 Goalkeepers who were in the World Cup-winning squad.

Defense: Achilles Heel for the French?

The defense for the French has been average for the past 2 years and will be led by Les Blues veteran Raphael Varane who has been holding the squad from the back, followed by Benjamin Pavard, Leo Dubois.

One of the most exciting prospects in world football is Presnel Kimpembe from PSG. He has been followed by a lot of scouts of top clubs for a while now and could increase his stock price with an impressive performance at the Euro Championships.

France arguably has the best midfield at the Euro 2021. It has speed, skills, tenacity, stamina, and most importantly, goals in them. Paul Pogba would be expected to join the France attack from midfield with a similar strategy that they deployed in the World Cup of 2018.

The midfield duo would be supported by the talented PSG midfielder, Adrian Rabiot, followed by Corentin Tolisso and  Moussa Sissoko.

Karim Benzema has finally joined the France squad and his goals would be a welcome bonus for the France team at the Euro 2021.

After being out for a long time, the 33-year-old Real Madrid striker makes the way in the France national team for the Euro 2021 Championships and would definitely lead the forward line-up alongside Kylin Mbappe and Antonie Griezmann. The trio would probably be the starting forward line-up for the Euros.

The other members of the France forward line include Oliver Giroud (Chelsea), Marcus Thuram (Borussia Mönchengladbach), Kingsley Coman (Bayern), and the player who makes his debut in his first International Tournament, Wissam Ben Yedder from AS Monaco.

'The Humble One' will be the heartbeat of this France team at the Euro 2021. N'Golo Kante helped Chelsea to Champions League glory, was the man of the match in the quarter-finals, semi-finals, and the finals of the Champions League against Man City.

Kante has the world at his feet right now and would be looking to add the Euro Championship winners' medal to his envious trophy cabinet.

The Golden Boot winner of the Euro 2016, Antoine Griezmann loves representing France at the International stage.

It is evident that Barcelona will not afford his wages and is planning to move him over. Since his transfer to FC Barcelona, he has not done much in the domestic arena.

Hence, Griezmann needs to raise his stock price and grab some eyeballs of potential suitors in order to get his desired value in the market.

The Captain of the France team needs to lead from the front at the Euro 2021. After a disappointing domestic season with Tottenham Hotspur, Lloris will have to hold on to the squad and take his team to the European Glory.

So, what are your thoughts on this France national team for the Euro 2021? Could this be another tournament of French domination?