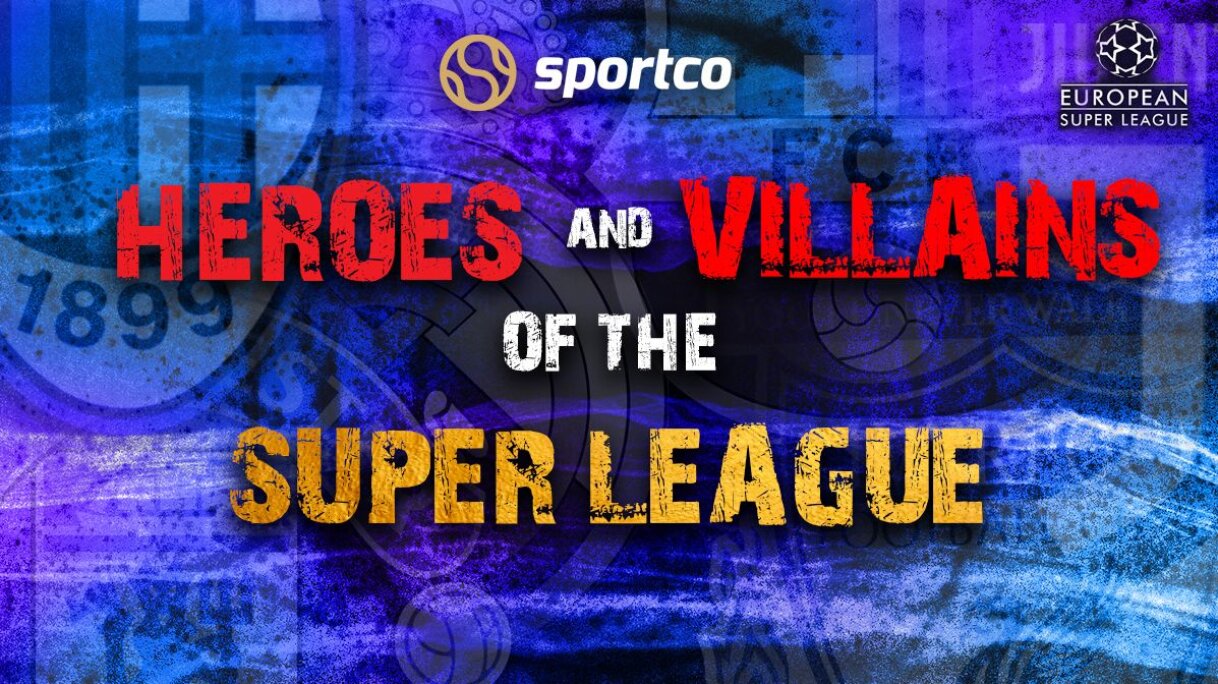 Heroes and Villains of the European Super League

Super League created huge disarray in the world of football as fans from every corner of the world felt that the proposition wasn't in the best interests of the football community and also to the several clubs around the world, but especially in the UK.

The owners/presidents of the founding clubs were very much obsessed with the Super League, and within a day of its announcement, we saw the likes of Ed Woodward (ex-Manchester United Executive Vice Chairman), Andrea Agnelli (Chairman Juventus), and other members of the founding clubs stepping down from their roles in the ECA (European Club Association).

However, with increased protests from the fans in England, starting from Chelsea, and followed by fans of all the big six protesting at their respective team's grounds, the plan of the 'European Super League' ended up in vain.

Thus, we at Sportco now present to you the 'Heroes and the Villains' of the European Super League.

Yes, we all know that pundits from all places scrutinized the concept of the Super League but no one did it better than the former Manchester United right-back.

Gary Neville not only put forth many plausible arguments but he didn't think twice before criticizing his club, treating it contrarily compared to the other giants in English Football. His voice influenced and provided vigor to several fans of English football to take it to the streets.

The likes of Jamie Carragher, Tim Sherwood, Paul Merson and many more also deserve credit but it's certainly this man who kindled the spark and brought the football communities in England to articulate their disappointment without any fear.

It started with Sir Alex Ferguson who was asked about his reflections on the Super League and he made it clear from the first moment itself that the idea or even thought of the Super League was disgraceful for everything he worked towards as a manager of Manchester United for decades.

According to him, the Super League would be toying with the traditions and values with which the pyramid system of English Football has survived successfully for years and decades.

Jurgen Klopp voiced his opinion too in the pre-match interview when Liverpool visited Elland Road to play Leeds United. Irrespective of Liverpool's stance in the Super League then, Klopp was audacious enough to accept that the Super League was not required, and not feasible because it was not meritocratic.

Pep Guardiola also addressed his displeasure with the Super League's inception as he felt that a sport will not be a sport if the efforts are not rewarded well enough. Just like them, every manager from every club who did not shy away to talk about it is and should be a hero in everyone's eyes.

With a possible Real Madrid vs Liverpool or a Manchester United vs Juventus type fixture every week, it is very obvious that viewers and fans of the sport would have loved the concept. But the fact that the purity of the sport relied more on values and not on money was well known to the fans.

The adverse effects the Super League would have on the smaller clubs was known to everyone and fans didn't back down from showing their discontent with the selfishness of the several owners/chairmen/presidents who took the game away from the people, for whom the sport was meant to be. Protests from Chelsea fans in front of Stamford Bridge played an instrumental role in the club's decision to revoke from the Super League and it was also from where the 'domino effect' commenced.

Over the years we have witnessed that there may be values in the game but it's also the money that people care about. We've seen several incidents where transfers solely based on money have taken place. It was again a big-scale opportunity for all the players to come together and earn 10x of their earnings. It was possible, wasn't it?

But from players who had already peeked to players who were yet to peak in their professional careers, neither of them were in support of the formation of the league.

Liverpool players released a team statement, Manchester United players, especially their skipper Harry Maguire, Bruno Fernandes, and Luke Shaw confronted Ed Woodward which also turned out to be one of the pivotal reasons why he resigned.

There are many more examples of how the players chose the right over the wrong and football at the end of the day emerged victoriously.

They are no less than Heroes,  aren't they?

Yes, we know that this name should have been there right at the top of the Villains but the fact that the football world as a whole has become so adulterated that completely blaming Perez is also not the way to put things forward.

Whatever he did was primarily because he knew that organizations like UEFA and FIFA both were hoarding a hefty amount of funds and not distributing to the clubs fairly.

Big names like Andrea Agnelli and all the top management representing all the founding clubs are equally responsible too. Had the Chelsea fans not protested, would Chelsea have withdrawn themselves from the Super League? Maybe, or maybe not.

As things stand, the changes UEFA proposed to carry out the Champions League in future is almost identical to what the Real Madrid President did to run the Super League, so we leave it to you to decide who is the bigger villain here.

We could have as many allegations, criticisms, and hard words as those responsible but do they even deserve that? No, they don't.

As far as the Villains of the Super League are concerned, it is everyone who had the discretion to make money from people's emotions, everyone who suddenly woke up when things started to trouble their pockets.

Everyone who thought that the sport is all about a set of 12-15 clubs from the best leagues in the world, so why not play them together and play against them in such difficult times, while the rest of the community suffered.

Some of the major governing bodies and organizations that were strongly against the Super League are no less than the others too. Organizations that abruptly changed formats and made visible to the world how instantly one can act if something affects them adversely.

The same organization goes pale when cases of racism are reported when the procedure takes months to be made official despite clear evidence, and when clubs once convicted with bans suddenly play again in the next season.

Pep Guardiola has openly criticized the role of UEFA in forcing the big clubs to break away and form the Super League.

Last but not the least, the organizations that show that they care so much for the fans and the community but the main reason being the loss that the Super League would've troubled them with. You didn't know it then, but you know who they are now.