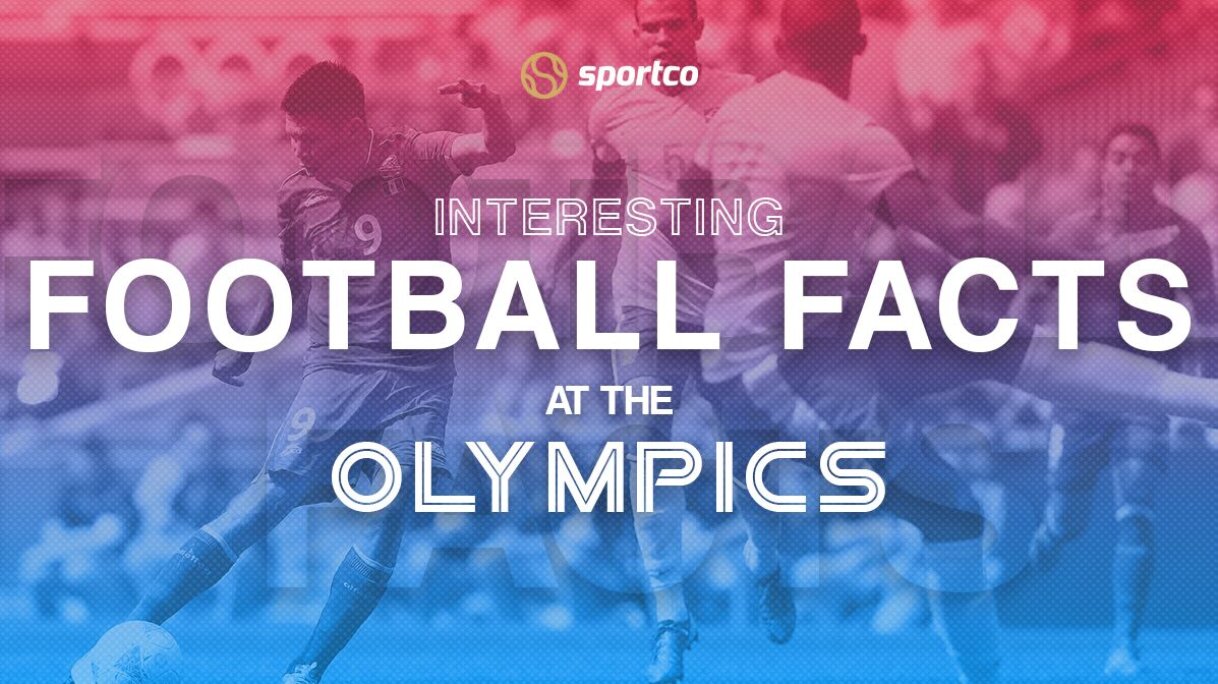 Sports at the Olympics have always been exciting to watch and the history of how they were first included in the Olympics is quite intriguing.

Sportco provides you with an insight into football’s inclusion in the Olympics as well as some amazing facts.

Football has had a very complicated history at Olympics. During the early days, Olympics was regarded as the premier football competition in the world.

After the inception of the FIFA World Cup, the Olympics lost its essence and this led to changes in the Olympics.

To avoid the competition with the World Cup, FIFA decided to exclude football from the Olympics, however, football returned to Olympics in 1936 through the insistence of German organizers.

Certain rules were made for the restriction of elite players in the men's tournament and inclusion of those under 23 years of age, with three permitted exceptions.

When Football was given the green light in Olympics for the first time, there were three clubs that presented football- Club Français from Paris, Upton Park from Great Britain, and Université de Bruxelles representing students from the Free University of Brussels.

Upton Park was the first club to win a gold medal at the Olympics defeating Club Français.

In the 1904 edition, Olympics was stretched to more teams. It featured Christian Brothers College and St. Rose Parish from the host city St. Louis and Galt F.C. which represented Canada.

Galt F.C won the gold medal ousting both the American clubs 11-0 aggregate. Later the club idea was scrapped, as FIFA and IOC didn't consider the 1900 and 1904 tournaments.

Interesting Football Facts at the Olympics #3: Hungary and Britain dominated the early 1900s

The 1908 Olympics included nations for the first time. The six official contestants were Great Britain (as the host nation), France A, France B, Denmark, Sweden, and the Netherlands.

Britain was the dominant nation defeating Denmark 2-0 in the final game. In the 1912 Olympics, the competition was stretched to 11 participants, with Britain winning another gold trouncing Denmark.

Along with Britain, Hungary was another successful nation in the history of Olympics men's football with nations having 3 gold medals.

In a semi-final game between Denmark and France at the 1908 Olympics, the Danes embarrassed France 17-1. Sophus Nielsen scored 10 goals in that match, setting an Olympic record.

In the 1924 Olympics, 24 countries were introduced. In these 24, Uruguay was the first South American country to play its first-ever Olympics.

However, the Uruguay team led by Pedro Petrone, who scored seven goals, became the youngest football player to win an Olympic gold medal.

Interesting Football Facts at the Olympics #6: IOC vs FIFA, an ultimate tussle

This became a major concern for FIFA, as it was the only major tournament where countries could win anything. This led to the inception of a new tournament called the World Cup. FIFA saw a lot of success in the World Cup, followed by the omission of football from the Olympics.

In the 1932 Olympics, there was no football, which eventually led to protests from countries. It was Germany who was able to pressurize FIFA to bring football to the Olympics. Football returned in 1936 Olympics.

Interesting Football Facts at the Olympics #7: Introduction of the Under-23 player’s rule

For FIFA, World Cup was the first priority as they intervened when IOC allowed countries to file professional players.

However, FIFA and the IOC made a pact which stated that nations that were a part of FIFA and CONMEBOL will only field those players who hadn’t played in the World Cup and Copa America.

In 1992, a new set of rules was implemented. Players representing their countries should be under 23 years old. Subsequently, IOC made this rule mandatory for all nations to add under-23 players and three over-age players as an exception.

Interesting Football Facts at the Olympics #8: The search for gold continues for Asian countries

They eliminated the host nation Mexico City to reach third place and won the bronze medal. In the 2012 London Olympics, South Korea bagged a bronze by eliminating Japan, winning their first-ever Olympic medal.

Interesting Football Facts at the Olympics #9: Some notable absentees

As the FIFA World Cup became more popular, football in Olympics became less relevant and this caused less participation of big European and South American countries. Uruguay was absent from the tournament for 84 years before they returned in 2012.

Brazil faced constant failure during their qualification for Olympics until they clinched the gold medal in the 2016 Rio Olympics. Italy with the most frequent appearance in Olympics only managed to win one gold medal.

Only four nations have won consecutive gold medals in Football at the Olympics.