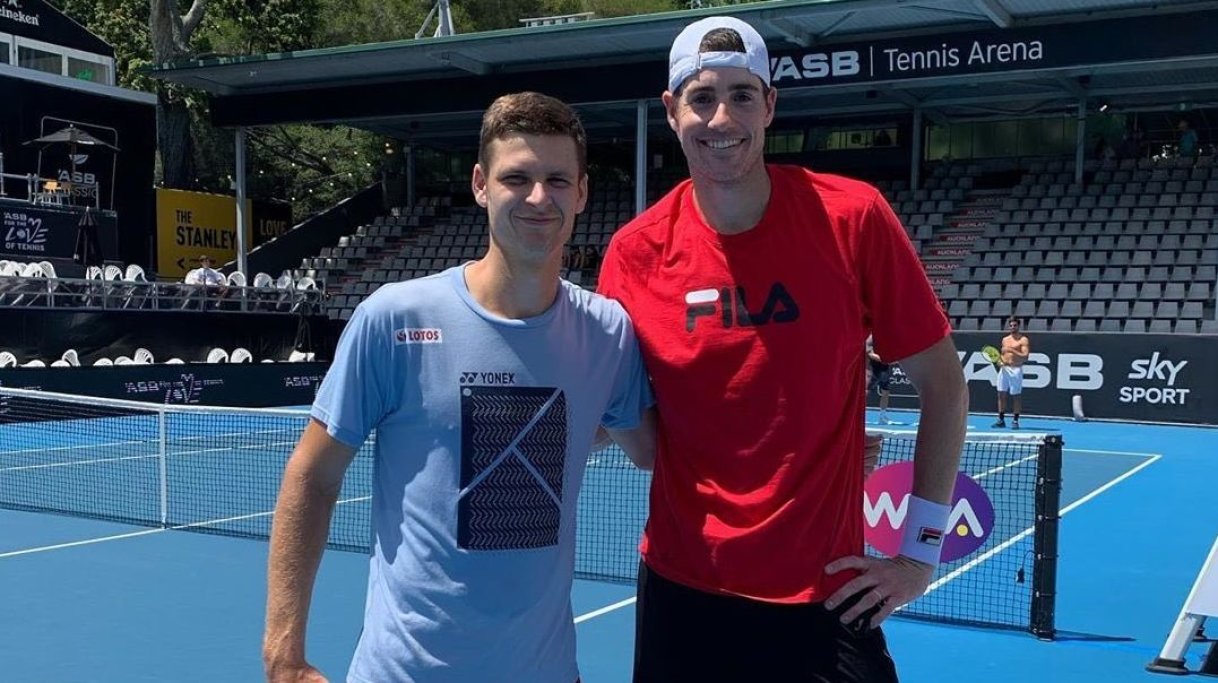 Interestingly, both players played doubles together when they defeated Australian Open finalists, Max Purcell and Luke Saville in straight sets.

It has been a mixed year for Isner with seven wins and an equal number of losses. The American's notable performance was in the Acapulco Open where he reached the semifinals. Having dropped out of the top 20, Isner's powers are on the wane in recent times.

On the other hand, Hurkacz has been the player to watch out of late. He lost in the second round of the Dubai championships to Alexander Bublik. He did not take part in any exhibition tournaments during the pandemic. Having been on a vegan diet for the last two years, the youngster has climbed up the rankings quickly.

The American's powerful serve and consistent groundstrokes are his primary weapons. His second-serve has also seen some improvement. However, his backhand is vulnerable and his court-coverage leaves a lot to be desired. Isner's baseline game has stood the test of time against the best players.

The Pole's down-the-line backhand is one of the best in the business. Despite not being so athletic, he has adapted well to different surfaces after initially dominating on grass. Hurkacz needs to improve his serve which has cost him a couple of matches.

Isner defeated Hurkacz in the only match they played with each other in Washington in straight sets. Isner would look to prove that he still can compete with the best. Having triumphed in competitive tournaments like the Miami Open in his career, the 35-year-old knows what it takes to go deep in Cincinnati. Hurkacz will aim to resurrect his season. Both Isner and Hurkacz would know each other's weaknesses quite well being doubles partners.