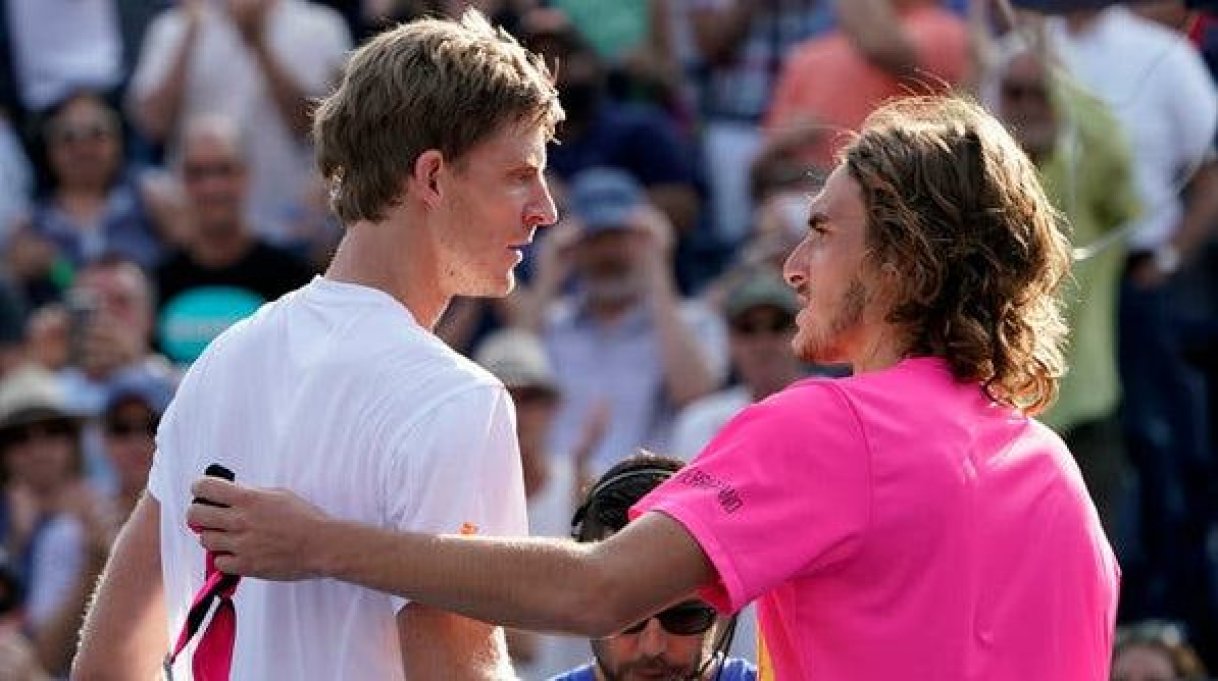 Despite the pandemic disrupting the tennis tour, Tsitsipas kept in touch with the sport by finishing as the runner-up in the Ultimate Tennis Showdown. The Greek was in fantastic form this year having finished as runner up in the Dubai Open and champion at the Marseille Open.

Though there would be no fans to cheer the players, the 22-year-old looked geared up for the occasion. “[The controlled environment] gives me, in a way, a different approach towards my tennis. It gives me an opportunity to focus more on my tennis and less on what is happening outside of it, which is great,” said Tsitsipas.

Anderson, meanwhile, is coming off a three-set win against Kyle Edmund.

Having recovered from a knee surgery, the 34-year-old looked in good touch. Smashing 20 aces and 38 winners, the South African emerged victorious after an almost three-hour battle.

The next-gen star is touted to be a future grand slam champion. Having defeated each member of the Big 3 at least once in his career, the Greek is an attacking player. While his forehand fetches most of his points, Tsitsipas has added the backhand slice to his weapons. He must improve his inconsistent second-serve. The youngster has adapted to different surfaces with ease and is not afraid to play the big players.

Standing at a towering height of six feet and eight inches, Anderson's consistent groundstrokes are his biggest strength. His booming first-serve can destabilize opponents. He often loves to play the waiting game. While his backhand is relatively weak, the South African needs to improve his return of serve.

Tsitsipas leads the head to head record 2-1. Anderson defeated Tsitsipas in their last encounter in the Shanghai Masters in 2018 in straight sets.

While Tsitsipas will be looking to continue his good season, Anderson would aim to get off the mark quickly. Having struggled with cramps in the second set against Edmund, the South African cannot afford to play another long match against Tsitsipas.