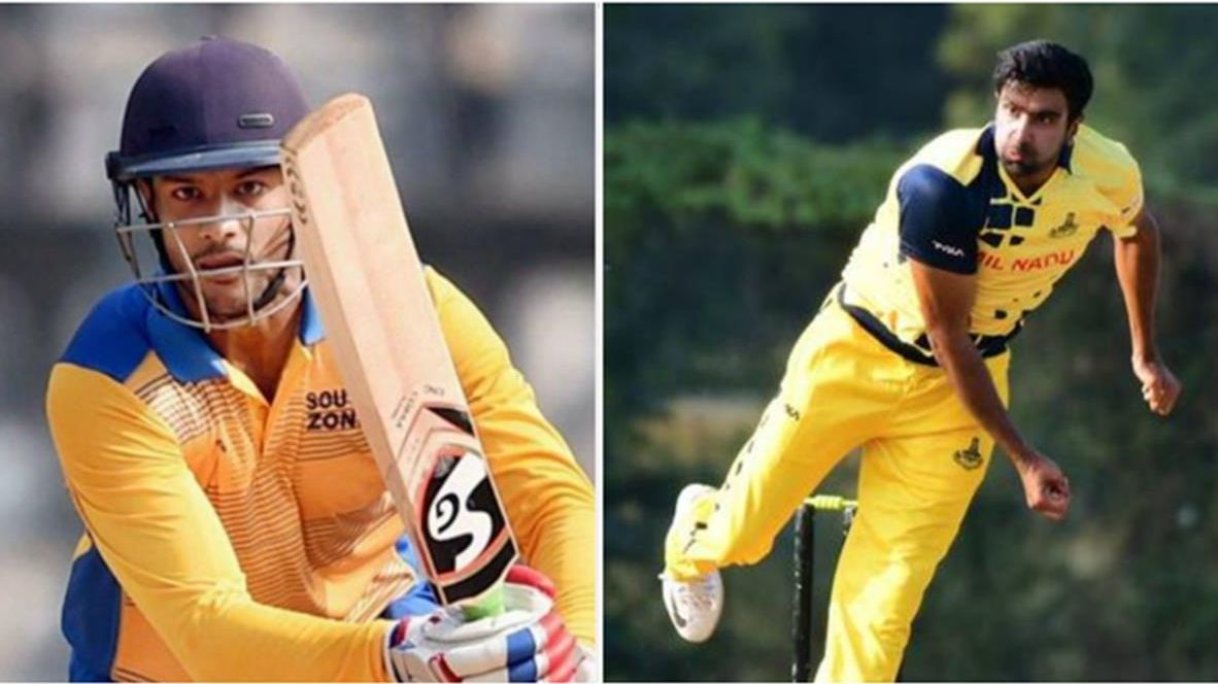 Karnataka produced a dominating performance to beat Chhattisgarh by 9 wickets in the first semi-final of the 2019 Vijay Hazare Trophy at M Chinnswamy Stadium, Bengaluru on Wednesday.

Karnataka captain Manish Pandey won the toss and decided to field first on a fresh wicket which helped the fast bowlers. The decision paid off immediately as V Koushik dismissed Shasank Singh in the first over as KL Rahul’s took the catch.

Abhimanyu Mithun and Koushik put consistent pressure on Chhattisgarh batsmen with dot balls. Koushik struck again, getting the wicket of Jiwanjot Singh. The catch was taken by Mayank Agarwal in the second slip. At the end of first 10 overs, Chhattisgarh were struggling at 34 for 2.

Pravin Dubey got the Chhattisgarh captain Harpreet Singh who tried to hit a big shot. Singh and Khare added 39 runs for the 4th wicket. Soon, it was Ajay Mandal who came to the crease and played with positive intent along with Khare.

Again, when Chhattisgarh were looking to build another partnership, K Gowtham dismissed Ajay Mandal for 26 with a ball that stopped on him and went straight to the fielder. Ajay Mandal and Khare added 43 runs for the 6th wicket.

Khare showed his class with some fine stroke play and reached his fifty off 73 balls. SS Ruikar came to the party with a quickfire 40 off 37 balls. Khare and Ruikar added 54 runs for the 8th wicket. I

In an attempt to increase the scoring rate, Khare was caught by Manish Pandey at the boundary for a well-made 78. Chhattisgarh were bowled out for 223 in 49.4 overs.

V Koushik was the pick of the bowlers for Karnataka with 4 for 46, and K Gowtham, Pravin Dubey and Abhimanyu Mithun had 2 wickets each.

Chasing down the target of 224 runs, Karnataka openers KL Rahul and Devdutt Padikkal got the team off to a cautious start, hitting boundaries only off bad balls. At the end of 10 overs, both openers took the hosts to 35 for no loss.

After the power play overs, the young Padikkal impressed with his stroke play and put pressure on the Chhattisgarh bowling line up. KL Rahul gave him full support which made life easier for Karnataka.

Padikkal reached his fifty off 63 balls with a six off Vishal Kushwah's bowling. Rahul completed his fifty with a boundary off 80 balls. Ajay Mandal finally got the breakthrough dismissing Padikkal for a brilliant 92 off 88 balls with 7 fours and 3 sixes. Karnataka openers had added 155 runs for the opening wicket.

Mayank Agarwal continued his impressive form with great hitting and scored a quick fire 47 off 33 balls. KL Rahul hit the winning runs with a six to remain not out on 88. Karnataka won the match by 9 wickets with 10 overs to spare.

In the 2nd semi-finals, Tamil Nadu defeated Gujarat by 5 wickets in a rain-curtailed 40-over match played at Alur. Tamil Nadu captain Dinesh Karthik won the toss and decided to field first.

The decision paid off as Ravichandran Ashwin and Washington Sundar dismissed both the Gujarat openers, Parthiv Patel and Priyank Panchal.

Bhargav Merai and Dhruv Raval steadied the innings with some attacking stroke play and put pressure on the Tamil Nadu bowlers. Both of them added 53 runs for the 3rd wicket.

The bowlers kept on picking wickets at regular intervals. Axar Patel scored 37 off 55 balls while Chintan Gaja remained not out on 24 off 27 balls. Gujarat posted 177 for 9 in 40 overs. M Mohammed was the pick of the bowlers with 3 for 23 in 6 overs.

Chasing down 178 runs to win, Gujarat got off to a perfect start after dismissing Murali Vijay and Baba Aparajith cheaply. The experienced duo of Dinesh Karthik and Abhinav Mukund steadied the innings for Tamil Nadu, adding 45 runs for the 3rd wicket.

Vijay Shankar went cheaply for just 6 runs. Gujarat had reduced Tamil Nadu to 96 for 5. Washington Sundar and Shahrukh Khan stemmed the flow of wickets with a brilliant 85 run-stand for the 6th wicket.

Shahrukh Khan played with positive intent and reached his fifty off 45 balls. Khan hit the winning runs with a six and helped Tamil Nadu win the match by 5 wickets with one over to spare.

Tamil Nadu and Karnataka will face off against each other in the finals of the Vijay Hazare Trophy 2019/20 season at M Chinnaswamy Stadium, Bengaluru on 25th October.