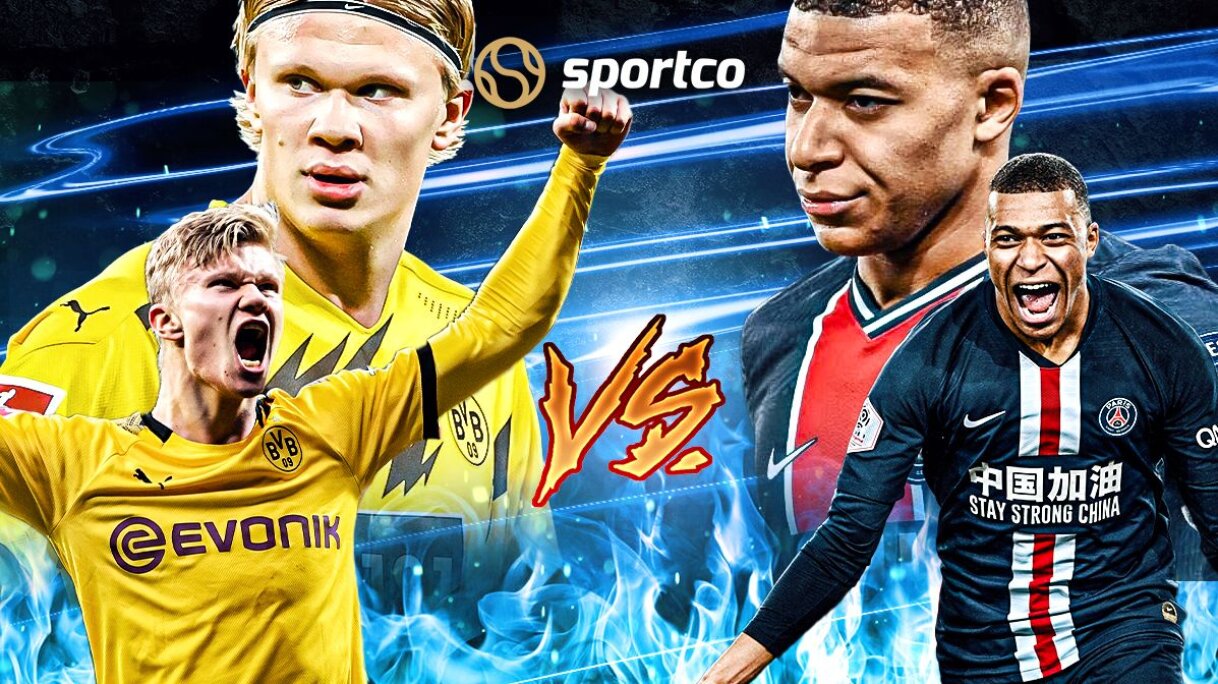 Erling Haaland and Kylian Mbappe have proved many times that they could continue the legacy of Messi and Ronaldo once they hang their boots. Haaland and Mbappe have been touted as the future of football.

Kylian Mbappe and Erling Haaland both have already achieved stardom and could start a new era in 'football rivalry' after Lionel Messi and Cristiano Ronaldo.

With the football world at their feet, both the superstars have proved that they will be the next football prodigy. Both have a significant impact on their respective clubs and showed their quality at big competitions.

Both Kylian Mbappe and Erling Haaland started the UCL 2020/21 campaign with a bang as both their respective teams have reached the Champions League’s quarter-finals.

Kylian Mbappe is the only other teenager to reach that figure, though; the Frenchman did it over two seasons. Mbappe has scored 25 goals in 16 Champions League games and made 16 assists. This time both will be desperate to get their hands on the UCL trophy.

For his current club, PSG, and former employers, AS Monaco, Kylian Mbappe has scored 149 goals in 231 appearances and provided 75 assists in all competitions.

For France, he has scored 16 goals in 39 games and made four assists, Mbappe scores a goal average every 100 minutes.

At the age of just 20, Erling Haaland has already scored 116 club career goals so far in just 159 games, providing 18 assists.

For his national team, Norway, Haaland has bagged six goals in seven games.

Erling Haaland has broken the record with every game he has played; Haaland is the fastest player to score 100 goals in just 146 games among Messi, Ronaldo and Mbappe, which is ridiculous.

It took Messi 54 matches longer than Haaland. Mbappe, who hit that tally in 180 games, while Ronaldo took 301 games to hit 100 goals.

The evolution of Kylian Mbappe and Erling Haaland

Kylian Mbappe first came into the limelight when Monaco won the 2016-17 Ligue 1 title after 17 years and reached in semi-finals of UCL. The PSG forward was awarded Ligue 1 young player of the year and the golden boy award, scoring 26 goals in 60 games, making a massive impression among big football clubs.

After his remarkable year at Monaco, Mbappe Joined PSG and has been rampant ever since. At just 22, Mappe has reached the 100 goals mark and earn half of the accolades in his football career, winning the 2018 FIFA World Cup and becoming the second teenager, after Pele, to score in a World Cup Final.

Kylian Mbappe finished as the joint second-highest goalscorer and received the Best Young Player and French Player of the year awards for an excellent display in the tournament.

Erling Haaland was first recognized during the Under-20 FIFA World Cup.

When a player named Erling Haaland took only seven minutes to open the scoring, at the end of 90 minutes, the Norwegian striker had struck nine goals, setting a magnificent record as the first man to score nine goals in a FIFA tournament. He ended the competition as the highest goalscorer.

Mbappe often plays as a winger because of his explosive speed, capable of playing on the flank with the ability to play from both feet.

The World Cup winner is excellent at dribbling and providing assists and creating big changes. Besides, he is most dangerous during off-the-ball movements, which helps him run and enables him to stretch opposing defenses and make him an excellent offensive threat on counter-attacks.

Mbappe has a mentality of a world-class player, and he is already a prominent player.

The Borussia Dortmund forward is a well-placed-finisher. He is recognized for his excellent acceleration and pace, with a top speed of 36 km/hr.

Erling Haaland also possesses some tremendous dribbling skills and with his body feints, he can send defenders the wrong way. During his development, he established himself as a versatile goalscorer, able to score from tight spaces and power-full long-range shots.

Both of them have been phenomenal during their development; with their great astute, both the youngsters can reach great miles, and their consistency will earn them many accolades. It would be too soon to compare the two youngsters as both of them set their bar differently. It just a matter of time who would come out as top.