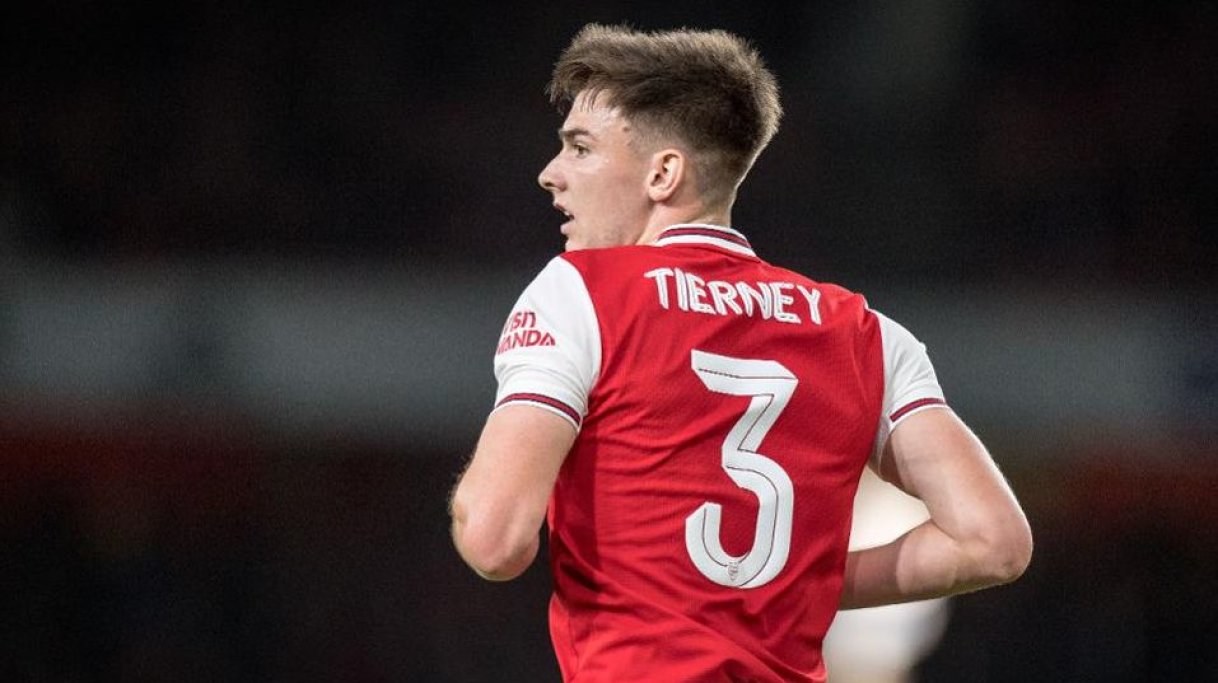 Leicester City to make an offer for this Arsenal defender

Premier League side Leicester City are reportedly planning a sensational summer swoop for Kieran Tierney with Arsenal said to be willing to let the Scottish left-back leave.

Injuries have limited the Scottish international to just 11 games in all competitions this season, with the Gunners said to be open to flogging him in the next transfer window.

And, according to reports, the Foxes have identified the 22-year-old as an ideal replacement for Ben Chilwell who looks to be on his way out in the summer.

The English full-back has been heavily linked with a move to Chelsea as Frank Lampard looks to bolster his ageing squad in the summer transfer window.

The Blues are desperately in need of a top quality left-back with Marcus Alonso and Emerson Palmeiri both failing to impress off late.

And, they are reportedly ready to pay a big fee for the services of Chilwell who has been ever-impressive for the Foxes.

Leicester City are well aware of the fact that they could lose their priced asset in the summer and have identified Arsenal man Tierney as a potential candiate to replace he 23-year-old.

It has been stated that Leicester boss Brendan Rodgers would love to reunite with the promising left-back whom he managed at Celtic.

The 2016 Premier League champions are prepared to offer Arsenal £25 million for the services of Tierney, the same fee the North London paid the Hoops for his signature last summer.

It is claimed that the Gunners would be happy to recoup the money they paid for Tierney as they prepare for a major squad overhaul under Mikel Arteta.

However, they will still need to find a new left-back in the summer if they decide to sell Tierney.

And, Mikel Arteta is reportedly a huge admirer of the talent of the Scotsman as well.

Ahead of the clash against Newcastle, the Arsenal manager described the defender's work ethic as "incredible" as he nears a comeback to the starting XI.

He said: "He’s making very good progress but we need to wait for the bone and attachment with the tendon to heal before he can make any contact.

"He has been training, his work ethic is incredible, I’ve been really impressed with him.

"Hopefully we can get him soon but we have to be a little bit patient."