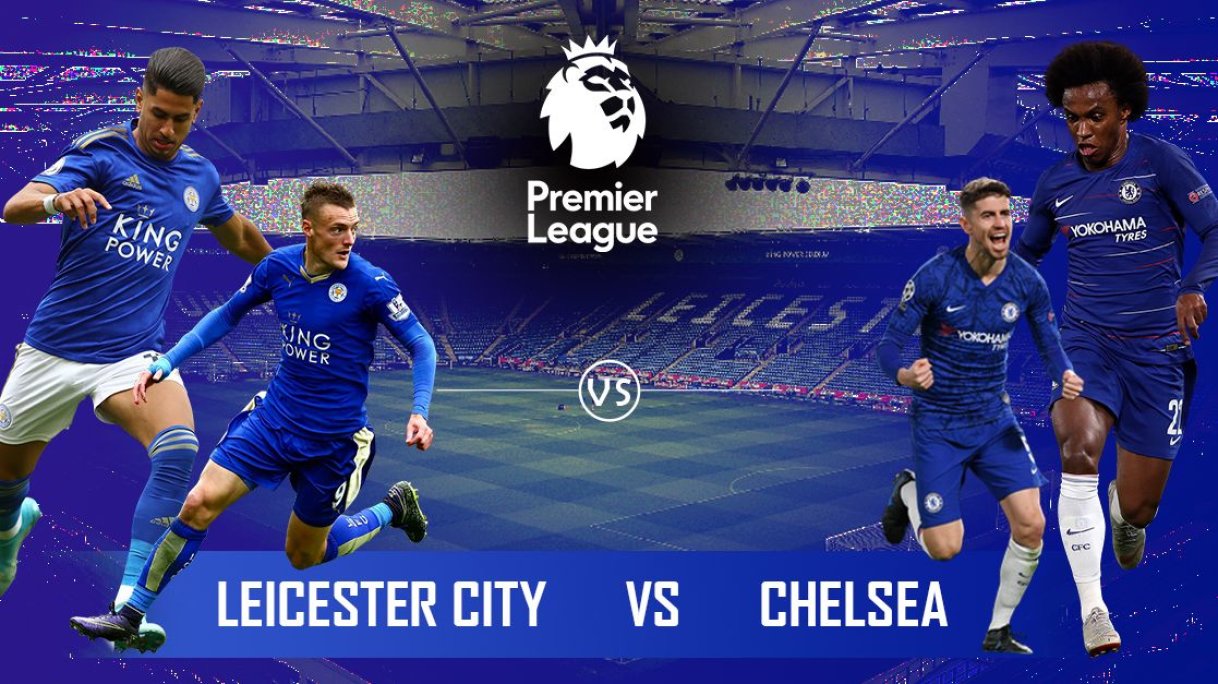 Leicester City play host to Chelsea in the Premier League, tomorrow. The Foxes will be looking to bounce back after a disappointment in the EFL Cup semi-finals. The Blues, on the other hand, will also be looking for the three points after sharing points with Arsenal even after leading twice in the last match.

Chelsea will try to close down on the gap with the third placed Foxes to five points at the King Power Stadium. Leicester City have been one of the most impressive teams this season under Brendan Rodgers but after some recent disappointing performances, the Northern Irishman will be looking for a way to lift his players’ spirits.

Before the two-legged tie against Aston Villa, the Foxes were the clear favorites to face one of the Manchester clubs, but conceding early goals cost them both the fixtures. Rodgers when asked, had no complaints for the players and a dip in performances was expected.

The Foxes have performed brilliantly in all the domestic competitions and are undoubtedly the third-best team in EPL this season. Even after being successful in the recent times, the Foxes are still considered as underdogs when compared with the so-called “Top six” clubs.

Leicester City need to be more consistent with their performance and one of the biggest things that need to end is the over-reliance on the forwards suc as Jamie Vardy and Kelechi Iheanacho for goals.

After, starting this season on high note, Vardy had poor outings in the recent games, scoring just one goal in his last eight appearances in all competitions. Iheanacho, on the other hand, has also added a goal or an assist in his last three appearances after an entire month, which included only one goal.

The defensive duo Caglar Soyuncu and Jonny Evans also responsible for the drop in the level as the clubs are finding it easy to penetrate through them. Chelsea, however, are in the fourth position, yet their performances have not been clinical many times, especially against the big teams. Thus, Leicester City will be hoping to get back on track and do everything to finish this season above Manchester City.

Frank Lampard, on the other hand, is also not impressed by his team and blames their mentality that is reflecting in the results. Chelsea have been poor in making good use of their dominant spells and their defense has been a big issue.

On the back of picking just one point from games against Newcastle United and Arsenal, the Blues were made to fight a 2-1 victory against Wolves in the FA Cup fourth round. After the game, Lampard was not very convinced with the way his team played, failing to capitalize on the big occassions.

It’s  almost the  end of  the January transfer window and it looks very unlikely that Chelsea will be getting a new striker after their regular starter, Tammy Abraham is doubtful for the upcoming games. While Michy Batshuayi has squandered fewer chances due to lack of game time, Abraham has also gone down scoring just four times in his last 13 appearances.

The academy graduate is a doubt for this game due to an ankle injury and Lampard will surely be seen experimenting for solutions.

Having a successful recovery from the glute injury against Villa, Vardy is the clear contender to start the game. In the midfield, only James Maddison is confirmed in the starting XI and Rodgers will have to pick a smart combination after Dennis Praet, Youri Tielemans, Ayoze Perez and Harvey Barnes will all be looking forward to getting a place in the playing XI. The defensive backline will be the same as in the usual Premier League games.

Abraham is a major doubt for the Blues and Batshuayi will be probably starting after a goal last weekend. Reece James is in contention of a return after a knee injury which makes the club captain, Cesar Azpilicueta play on the left side. Lampard will have to be firm with his decisions as every combination in the defense has not proved to come out as perfect.

Christian Pulisic is expected to be on the sidelines due to an injury. The upcoming clash will be the 116th competitive meeting between the two, with Chelsea recording 56 wins in comparison to Leicester’s 26.
However, it’s the Foxes, who have been dominating in recent years, putting together a four-game unbeaten streak in the League. Chelsea last defeated the Foxes in 2017 at the King Power Stadium with a scoreline of 2-1.

Jamie Vardy will be looking to increase the goal gap and move a bit ahead of Sergio Aguero, who is just a goal behind him and is in the best of his forms since his return from injury. The Leicester forward has struggled in recent games and hence it will be interesting to see how the defender looks to tackle him.

Fikayo Tomori has been one of the most underrated players in the Chelsea squad. He has never been in the spotlight and has not committed any big errors leading to a goal. He will be looking to pocket the 33-year-old but may have a really tough time too.

Ben Chilwell has been exposed before in the season against Liverpool and Manchester City. The left-back has been impressive yet vulnerable at times when it comes to the defensive duties. Willian, on the other hand, did not have the best of the seasons but can still be a problem on his day.

Willian has scored only four Premier League goals and still is a threat but has been very inconsistent this season. In the probable absence of Abraham, Lampard will be hoping that the winge step up and contribute in this crucial fixture.

Looking at the defensive problems of Chelsea and Leicester’s exit from the Cup, the Foxes will be fired up and will be the clear favorites.

I believe that the Foxes will score a lot of goals in this fixture as the defensive line of Chelsea is quite vulnerable. The Blues, however, will find the back of the net but they will fall short against the impressive Leicester City.