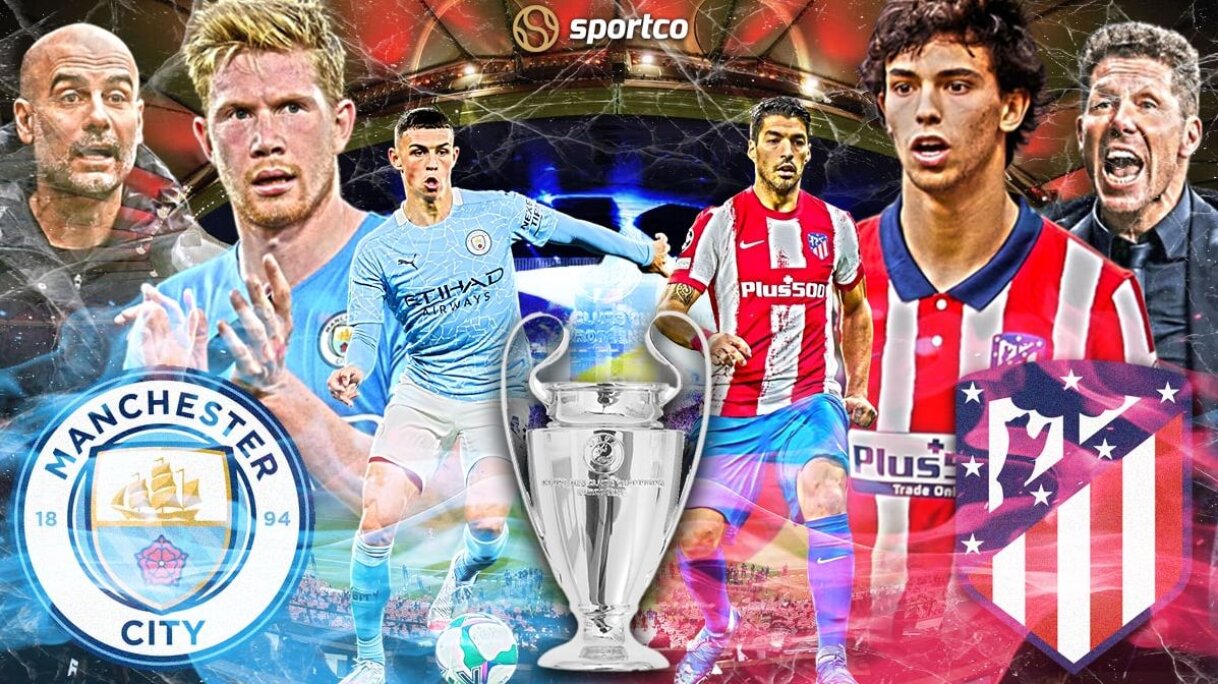 Sportco provides an in-depth preview, key stats, probable lineups and a score prediction for the Man City vs Atletico Madrid clash at the Etihad Stadium.

It's obvious Manchester City are the favourites in the Champions League and their 5-0 thrashing to Sporting Lisbon was a testament to it. They are one of those teams which opponents want to avoid until the final.

But if you are facing Atletico Madrid, you will needn’t be overconfident as they have the habit of humbling big powerhouses of Europe.

The Los Colchoneros have defied all the odds in Champions League, and you should not underestimate them.

Time by time, the Spanish Giants have proved their worth and having one of the masterminds, Diego Simeone, alongside, it will be a tremendous upset if they managed to pull this off.

- Manchester City have won three of their four matches against Spanish teams under Guardiola. (L)

- Atletico Madrid are the first side to face Manchester United and Manchester City in a knockout stage of UEFA competition in a single season since Juventus in 1976-77 UEFA Cup – Juventus won both the games before winning the competition.

- If Atletico wins this game, it will be the first time they have won consecutive away trips to English clubs.

Man City will miss Ruben Dias in this fixture, but they have enough talented players to pull the strings.

While Atletico Madrid will try to keep City’s forward on a leash, and then later, they will take full advantage of their home ground in second-leg.

Regardless, Man City will put mammoth pressure on Atletico in the final third of the game and make use of the home advantage.

A relatively difficult game to predict as it will be a battle of two different footballing ideologies, between Pep Guardiola's dynamic and possession-based football vs Diego Simeone's pressure absorbing, counter-attacking football. Sportco stays on the fence for this one as our prediction for tonight's game between Man City and Atletico Madrid is.......