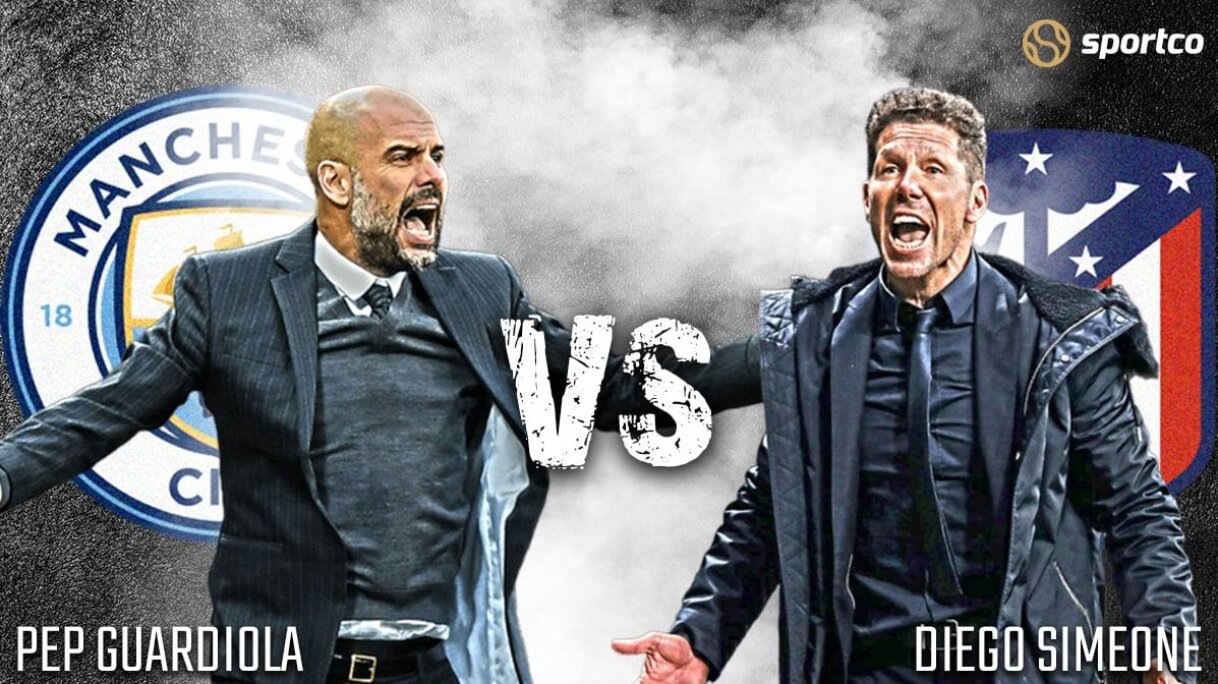 The last time both the iconic managers were pitted against each other was back in 2015-16 when Diego Simeone's men sent back Pep Guardiola's Bayern out of the tournament.

Precisely after six years, both the managers will be again seen in the dugout on the same ground with Diego Simeone managing his same old club and Pep Guardiola as Man City manager.

Both managers have been very successful in Europe for over a decade helping their clubs become a force to be reckoned with.

Although Guardiola did not take time to book a hot seat of well-reputed managers in Europe, for Diego Simeone, he managed a handful of clubs before succeeding Gregorio Manzano at Atletico Madrid in 2011 and becoming a recognised manager in Europe.

Having managed some of the biggest clubs in Europe, Diego Simeone and Pep Guardiola, surprisingly, the pair have met each other three times only.

And out of three games, Pep had emerged victorious twice, once with Barcelona in La Liga when the latter was two months into his new job and once with Bayern Munich in the Champions League.

Since 2016, the 2022 Champions League quarter-final will be the first time that Pep Guardiola and Diego Simeone meet each other as Manchester City faces Atletico Madrid over the course of two legs.

Manchester City never had an excellent record against Spanish teams. Having played 21 times against them, they have prevailed only eight times, losing eight games.

While Atletico Madrid are not what it used to be but they are a potential underdog who can pounce on any mistake if opponents make. And most of the teams prefer avoiding them because they look to frustrate, harass and harry the opposition with their style of play.

But Guardiola's style is way different; they like absorbing the pressure Manchester City are more like playing technical football under Guardiola, who combine rotate and in perfect synchronicity like a set of dancers coming one by one.

Both managerial acumens have different approaches towards the game. Diego Simeone likes his 11 players to sit back and defend and later hit them with a counter-attack in a 4-2-2-2 formation.

In contrast to Pep Guardiola's playing style, he likes his team to play attacking football with high-pressing with a 4-3-3 line-up.

Both are similar in their preparations as they want their players to play with aplomb and don't commit mistakes, leaving any stone unturned in their planning for the matches.

It will be interesting to see how Manchester City will break Atletico Madrid's bus and how Diego Simeone's men will fare against the Favourites of the Champions League tomorrow.