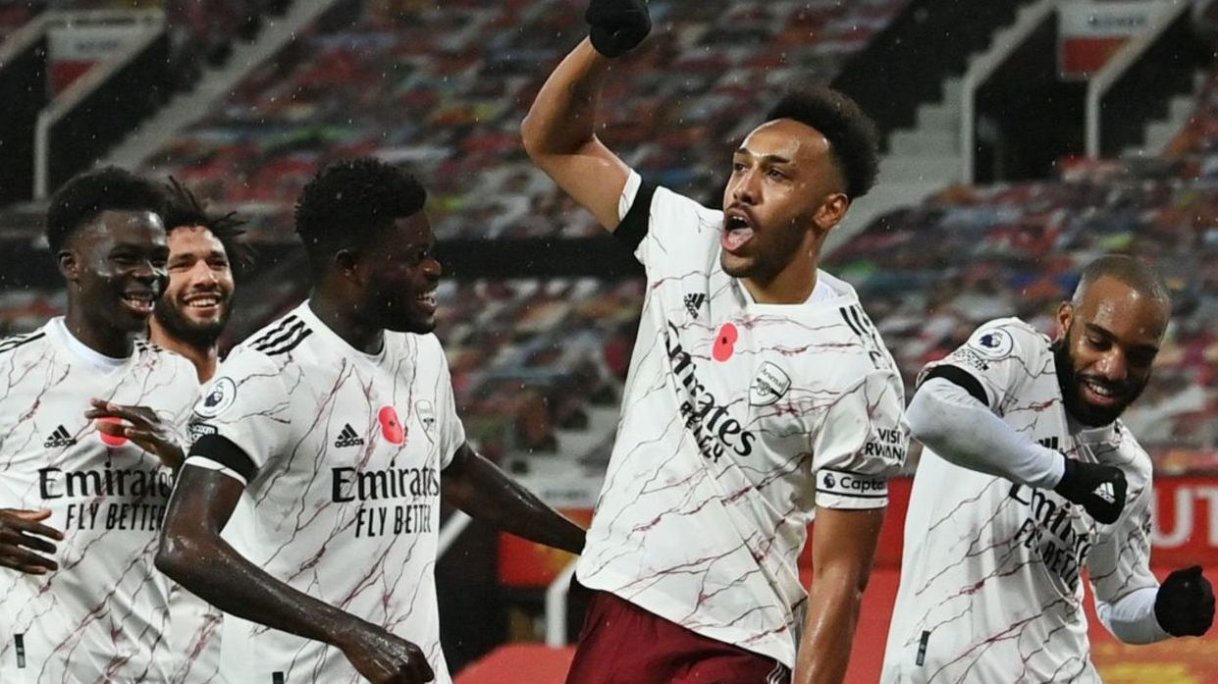 Man Utd and Arsenal met each other for the Premier League tie at Old Trafford. Arsenal got their first victory in Old Trafford for 14 years. An incredible display from the London and their manager saw them cruise to the victory

It was a hard-fought battle that was ultimately settled from a penalty. Paul Pogba committed a silly foul on Hector Bellerin that won the Gunners the penalty.

Arsenal captain Aubameyang made no mistake as he sent David De Gea the wrong way to cooly finish the day, breaking his goal drought. It was an incredible match to watch for the fans. Here are some of the observations from the league tie.

The scoreline of 1-0 for Arsenal clearly suggests there was some good defensive work on the field. In fact both the teams were very well defensively organized. There were no unwanted challenges from the defenders. They simply had a no-nonsense approach, with a clear idea as to how that was to be executed.

Arsenal went for a three-man defensive set up and it paid the dividends. Robert Holding and Gabriel dominated the United attacks with their strength and physicality. The big names of Marcus Rashford and Mason Greenwood along with Bruno Fernandez and others simply could not get past the two.

Kieran Tierney added and real edge to the game, as he from the deep position of a center back moved forward to make early tackles and dismiss the changes of Red Devils.

The hosts themselves too had a fair day for the defenders. Harry Maguire and Victor Lindelof kept the Pace-powered attack of the Gunners quiet for quite some time.

United’s captain Maguire also went forward to head down the ball but saw all his three headers sail well past the post.  Only the unwanted foul from Paul Pogba took the day away from Manchester as Aubameyang well converted the penalty.

It was a real high-intensity game in Old Trafford. Both sides committed forwards in numbers with a spirited pressing. The sides played a high pressing football with early winning to the ball. There was no prolonged play of possession and the match ended in a very fair, 55%-45% possession, with more to Man Utd.

It was a real thrill to watch the enthusiastic game between the sides as each of the teams keep fighting with all their fuel and energy.

On a day dominated by defenders, there was a serious lack of clinical finshing from the forwards of both teams. Arsenal especially at times simply stood route less as they simply kept ‘playing’ without knowing what to do. Both sides combined together made only 4 attempts on the goal, with one being the penalty for Arsenal.

Arsenal had a few great opportunities to put the team forward much before the 70th minute, but both the strikers Aubameyang and Lacazette spurned the two opportunities.

Soon after the 75th minute, Arsenal shifted gears to an extremely defensive approach, Man Utd could do absolutely nothing.

Even after committing all their players forwards, the Arsenal defense could not be broken. Ole Gunnar Solskjær will have a lot to do on this aspect to finally get something this season.

It was a chess match between the two managers. Mikel Arteta continues his amazing job of rediscovering Arsenal. He showed why he has really become qualified enough to manage a top team. He selected Bukayo Saka over Niklas Pepe, and the selected made United day a nightmare.

Arteta made the right changes at the right time. He well committed the team after the break to move forward. It well paid off, as the Gunners won the penalty to get hold of the match.

Also after the 75th minute, Arteta shifted gears to make his side protect the lead. He well gave chances to the player and made the right substitutions that would make his side defensive yet flexible.