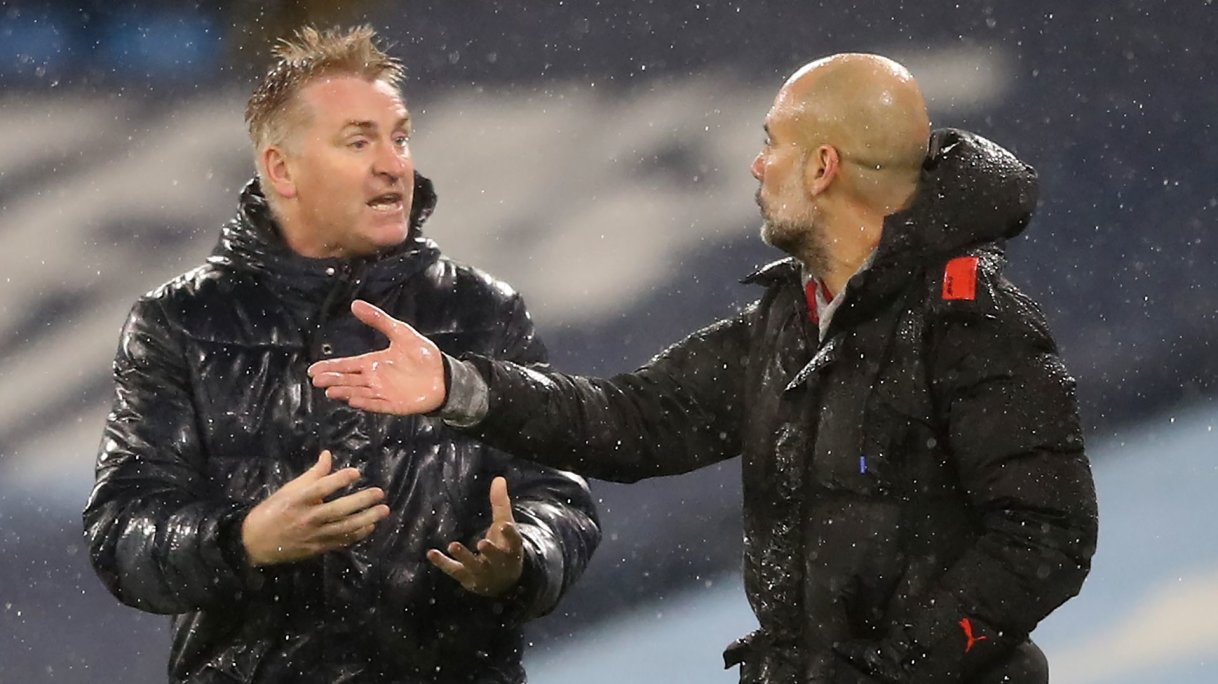 It was a cold Wednesday night as Manchester City hosted Aston Villa at the Etihad Stadium in a game that would mean the world to both teams.

The game may not have produced a lot of goals, but it was an enthralling passage of over almost 80 minutes, as both Manchester City and Aston Villa kept attacking each other but at the same time canceled each other's efforts too.

However, the final 10 minutes of the game must have felt like a pretty unfortunate one for the visitors as a controversial decision took them out of the game, both mentally and physically.

Rodri was initially in an offside position behind Tyrone Mings to dispossess the Villa centre-back, and then he was the one who set up Bernardo Silva for City's first goal. Not only the Aston Villa players and the coach, but any viewer would feel that the offside flag should've been raised.

The denial of it led to Aston Villa Manager, Dean Smith losing his patience and thus, was shown a red card by Jon Moss, the referee for the game for telling the fourth official David Coote that he thought the officials must have been given juggling balls for Christmas, suggesting they were clowns.

In his post-match interview, Dean Smith explained that he doesn't get the rule at all. According to him, Rodri took unfair advantage of his initial offside position to set up his team-mate and that should've been ruled out, especially when there is VAR to avoid such mistakes.

However, if tallied with what the actual rule is then technically Tyrone Mings started a new play by playing the ball and Rodri wasn't wrong in dispossessing him because he was not offside at that moment.

Pep Guardiola was coy enough about the incident too as his focus was more on how his team played like legitimate contenders and the fact that Bernardo Silva got his first goal of this season after 18 games.

But could you imagine Pep's reaction if he was on the other side of the decision? Well, it would have been in the headlines. Pep Guardiola has always spoken about football as something that he worships and even the slightest discrepancies in the game tend to hurt the Spaniard.

Be it complaining and demanding the introduction of VAR after Willy Boly's unintentional and unavoidable handball situation to expressing complete disappointment over VAR despite the technology very rightfully denying goals to his side on multiple occasions against Tottenham Hotspur in the league and the Champions League too.

The fact that last night's incident in the Manchester City vs Aston Villa game is not controversial rather a straight decision seeing the rulebook, we certainly would've seen an atrocious amount of criticism had that goal be given against the Cityzens.

The moral of all this is that be it Pep Guardiola, be it Jurgen Klopp, or even Jose Mourinho for a matter of fact, managers who speak so highly of the game hide in their closets when a controversial decision is made in their favor.

You forget what your thoughts were the other week because what matters is the three points for which every team in the league is hungry.