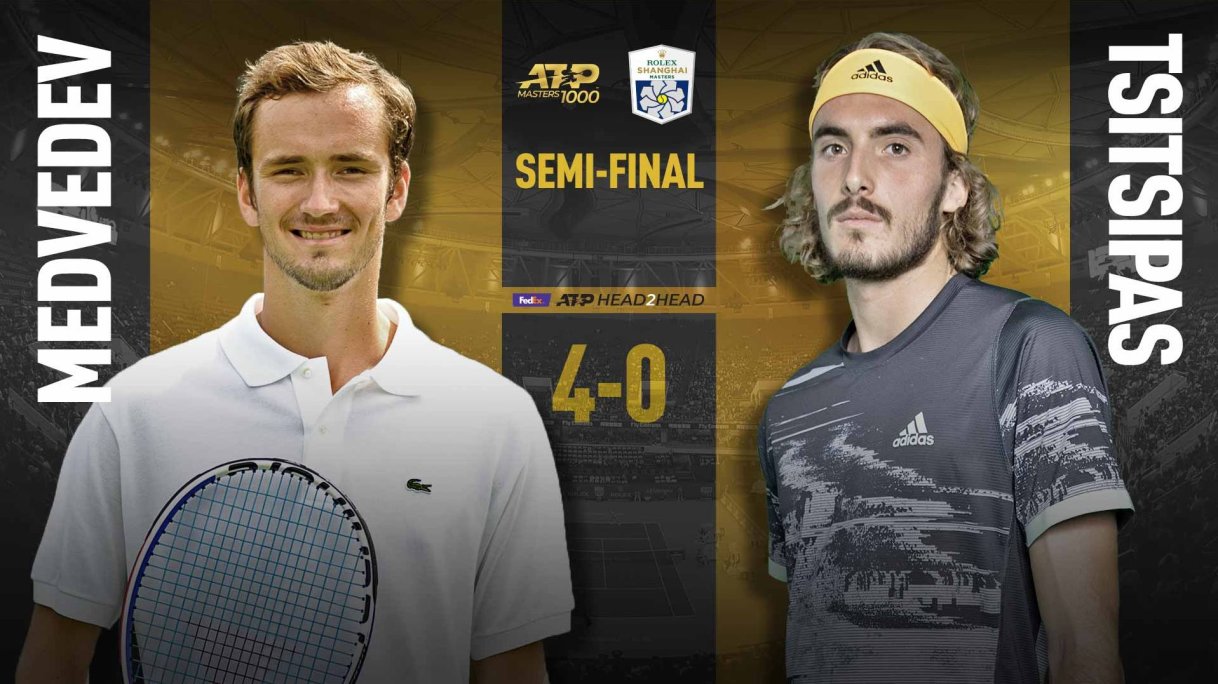 It has been a week to remember for the Next-Gen. They have challenged the biggies and come out on top.

Shanghai throws up a scintillating semifinal as World number 4, Daniil Medvedev, will face off against World number 7, Stefanos Tsitsipas, today.

Medvedev has not put a foot wrong in a dream season for him. The North American hard-court swing success and exploits in Russia have been followed by another awesome performance in Asia. The Russian has been in beast mode reaching five tournament finals in a row and he looks unstoppable at the moment.

After finishing as runner-up in the US Open, he won the St. Petersburg Open. He was in fantastic form as he did not drop a set throughout the tournament.

Coming to Shanghai, Medvedev has been quietly dismissing his opponents with ease. Consistency and relentlessness have been his hallmark. The third seed started with a bang beating the Brit, Cameron Norrie 6-3, 6-1. "Bear" as he is fondly nicknamed, survived a test against Vasek Pospisil, edging past him 7-6, 7-5 in the pre-quarterfinals.

On the other hand, Tsitsipas has continued his great form after finishing as the runner-up in the China Open where he lost to Dominic Thiem in three sets.

The Greek defeated two talented youngsters, Felix-Auger Aliassime, and Hubert Hurkacz in enthralling encounters in the round of 32 and 16 respectively.

The close matches helped to come back from the brink as he stunned World number 1, Novak Djokovic, in three sets in the quarter-finals. Nole, the defending champion, raced ahead taking the first set 6-3. But, Tsitsipas fired on all cylinders taking the remaining two sets 7-5, 6-3 to storm into the semifinals. The Serb's defense could not withstand the onslaught of the Greek's strong attacking game.

“I have had plenty of practice sessions with Novak in the past in the place we both reside, in Monte-Carlo. We played plenty of times with each other, and it has helped getting that feeling of how he constructs his points, the patterns that he uses, said Tsitsipas reflecting on his wonderful win against Djokovic.

”Stefanos, even though I won all of the matches, they were all really tight. He’s also improving every week, He's still so young. He has two more years than me to improve, talking about age, said Medvedev reflecting on his rivalry with Tsitsipas

Whatever be the outcome, the future of tennis has taken centre-stage now and the fantastic fans will look to enjoy a memorable match.