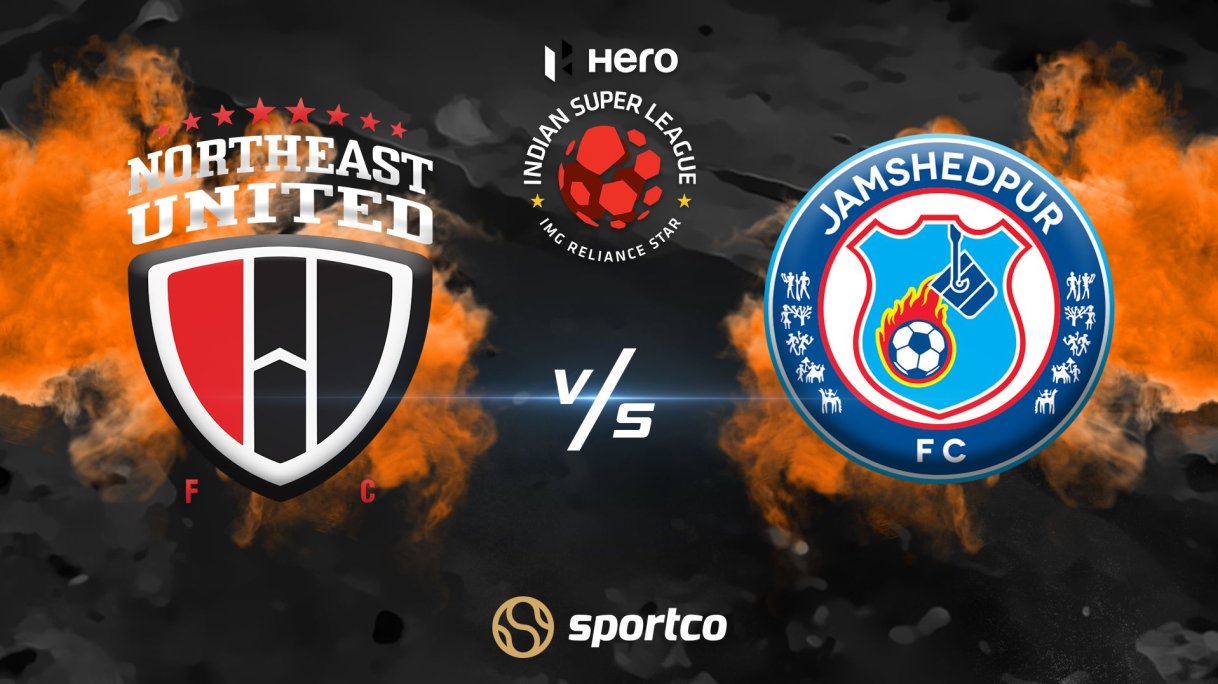 The Highlanders, NorthEast United are all set to lock horns with the Men of Steel Jamshedpur FC in their seventh game of the season

NorthEast are unbeaten in their last six but they have managed only two wins in those games, drawing the others. Jamshedpur are slowly getting into the groove and it seems they may start climbing up the table.

Both the teams have drawn their last game and thus, a win would be both team's priority.

Gerard Nus has already made it clear that they would want to win more games and would try to improve their performances despite doing well already.

Owen Coyle's Men of Steel were exceptional against Mumbai City FC, despite playing with only 10 men and that would give some much-needed momentum to them.

The teams have played each other six times, with Jamshedpur winning one of them. The other five have been drawn.

NorthEast United have been one of the very few teams to have constantly made changes to their starting XI. That's not only the reason for their success but it has also helped the manager to keep his players injury-free. Federico Gallego's fitness is still a concern though.

Narender Gahlot, Nicholas Fitzgerald, and David Grande are still out for a while. Laldinliana will be available after getting through his suspension. Aitor Monroy is the new addition to the list of suspended players.

To win games you need to win more games and for that, you need to make sure you do not concede. Irrespective of that, Rochharzela has been one of the most influential players for the Highlanders this season.

He is swift, and his ability to create chances is really good. His performance will be key for the Highlanders.

Valskis has been the lifeline for Owen Coyle and co. He has fired six goals out of seven goals for Jamshedpur FC and the Lithuanian is expected to keep up his game at the same level or more. It will be interesting to see how the attacker plays a key role in the Men of Steel's performance.

It would be unfair to say that NorthEast United are the favorites. The primary reason for it is the fact that the Men of Steel have been doing well against the big guns of the tournament.

Both the teams have equal chances of clinching the game, considering their recent form.