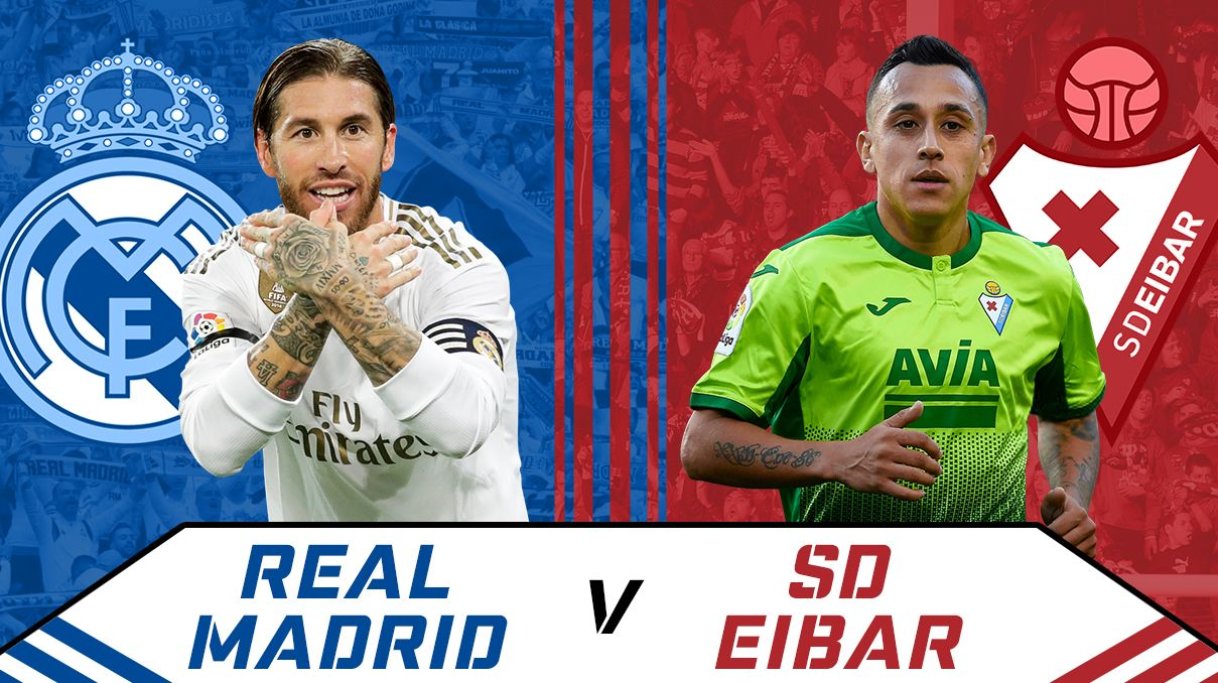 Football is finally back to the Spanish shores as Real Madrid hosts Eibar in a crucial La Liga clash.

Real Madrid would be looking forward to making a winning return to the league as things get heated up in the La Liga title race with arch-rivals Barcelona.

Eibar, on the other hand, is going through its worst season in recent years and a good result against their highly rated opponents may catapult them into saving their season.

Los Blancos sit second in the league standings with 56 points to their name. Whereas, Eibar is languishing at the sixteenth position and are only two points clear off relegation spots.

Karim Benzema helped himself to a brace as the Vikings cruised to an easy 0-4 win away from home. Sergio Ramos and Federico Valverde were also on target for the visitors as Eibar had a rough night.

For Madrid, Eden Hazard is back to full fitness and will start alongside Karim Benzema. Federico Valverde may get the nod ahead of Luka Modric while defender Nacho is out with an injury.

For José Luis Mendilibar’s men, Gonzalo Escalante is suspended for this clash and Fabian Orellana and Pedro Leon are expected to feature in the wide areas ahead of Takashi Inui.

Benzema has done the bulk of the scoring for Real this season. After the departure of CR7 from the club, everyone associated with the club is looking up to him to score those crucial goals and secure valuable points.

The Frenchman has already scored 14 goals and has provided six assists for his teammates. He also takes 3.7 shots per game and scored twice the last time he faced the Gunsmiths.

Oliveira will be given the task to curtail the impact of Benzema on the game. Hazard is returning from an injury and if Oliveira plays his cards well, Eibar may run away with a crucial point.

The Portuguese national has a high clearance rate of 3.5 per game and is also strong in the tackle. This battle will decide the number of goals Real may score in the match.

Orellana has been the star performer for Eibar this season as he has raked in maximum goals and assists for his team. The Chilean has scored seven goals and has provided six assist for his teammates to score.

Carvajal is an experienced customer and will come face to face with Orellana on the wings. The Spanish full-back likes to bomb forward at any given opportunity but he has to time those runs this time around or he may get punished.

Los Blancos are undefeated in their last 13 home matches in the league this season and Eibar will have its work cut out against some world class players. They are also battling it out for the title and will be duly motivated.

The Gunsmiths have had contrasting fortunes this season as they are primed to be in the relegation battle in the upcoming weeks. They have failed to win their last six away matches and have a disastrous record against Madrid as they have only won one of their last 10 league games against them.

Eibar are cruising for a bruising as they travel to face off against a formidable opponent. Playing out of their skins and coming back with one point would be considered a win for Eibar given their form this season.

We predict a smooth sailing for Real as they will cruise to an easy home victory over their relegation threatened opponents.