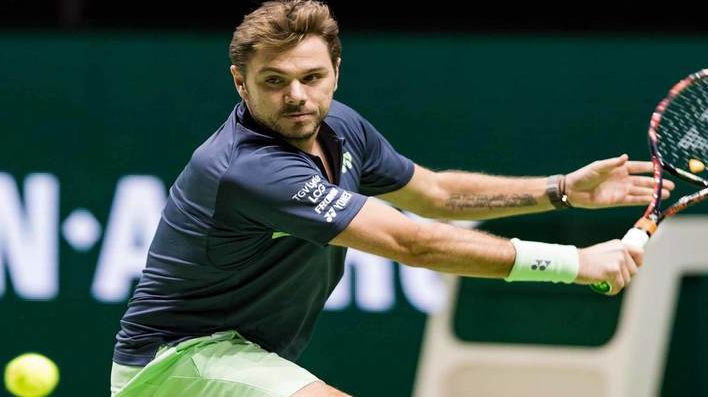 The tennis season will be up and running in 2019 with the Australian Open going to commence on the 14th of this month. The Grand Slam of the Asia Pacific is a tournament which is ardently followed by tennis lovers across the globe. Come next Monday, all the fan favorites and frontrunners will be eager to make a mark at Melbourne Park amidst the rising hot temperature that has been forecast. Roger Federer and Caroline Wozniacki are the defending singles champions in the Australian Open. However, there have been a few players who surprised the world by their Grand Slam triumph in the history of the Australian Open. We pick three of them.

The 33-year-old Swiss tennis player is someone who can beat any player on his day, owing to his incredible shot making and power-packed tennis. Affectionately called ‘Stan the Man’, he has gone on to scale big heights in world tennis owing to his Grand Slam victories and consistent ATP tour performances. His career-high ranking of 3 came as a result of his shock surge at the 2014 Australian Open, which saw Stan upset the No.1 seed Rafael Nadal 6-3, 6-2, 3-6, 6-3 in the final and take home the Norman Brookes Challenge Cup.

On the way, he had to thwart the likes of Novak Djokovic and Tomas Berdych in the quarters and the semis respectively, with the win over Nadal proving to be his first against the Spaniard in 13 attempts (he had not won a set in their previous 12 meetings). With the Serb Djokovic pipped to take the Australian Open for the fourth straight year, Wawrinka rose to the occasion and got the better of both the top seeds, by being the first player from outside the ‘Big Four’ quartet of Federer, Nadal, Djokovic and Murray to win a Grand Slam since Juan Martin Del Potro’s US Open win in 2009.

The now-retired Swede, Thomas Johansson was a talented and versatile tennis player, who had his fair share of success at the international circuit, as his 9 Masters singles title and 1 doubles title would vouch for. However, coming into the Australian Open in 2002, he had the dubious distinction of never having progressed beyond the second round of a Grand Slam.

Andre Agassi, the defending champion, had withdrawn from the tournament which saw the then World No.1 Lleyton Hewitt crashing out in the first round. Johansson seeded 16, overcame the likes of Jacobo Diaz, Markus Hipfl, Younes El Aynaoui, Adrian Voinea, Jonas Bjorkman and Jiri Novak on his way to the final, where his opponent was the mighty Marat Safin. The odds were stacked in favor of the Russian who went on to win the first set before Johansson brought up his A-game to seal it 3-6, 6-4, 6-4, 7-6, in a tense encounter. He became the first Swedish player to win a Grand Slam since Stefan Edberg won the 1992 US Open, and also the first Swede to win the Australian Open since Mats WIlander, his idol, in 1988.

Born in 1957 at Milwaukee in the United States, Barbara Jordan is a name which is not really heard of in the hallowed portals of tennis. This, because the American’s highest-ever rank in singles was 37, and she was not one of the best players of her times. The 1979 Australian Open, unlike now, was played on grass, wherein Barbara found herself seeded fifth behind pre-tournament favorites.

She had not managed to reach a Grand Slam before 1979, and this alarming statistic did not prove to be a hurdle as she marched on to the final with unbelievable ease, dropping only a single set on her route. The final against Sharon Walsh, another US player, proved to be one-sided with Barbara taking the honors with a 6-3, 6-3 scoreline. Barbara Jordan went on to win the 1983 French Open Mixed Doubles Trophy also.