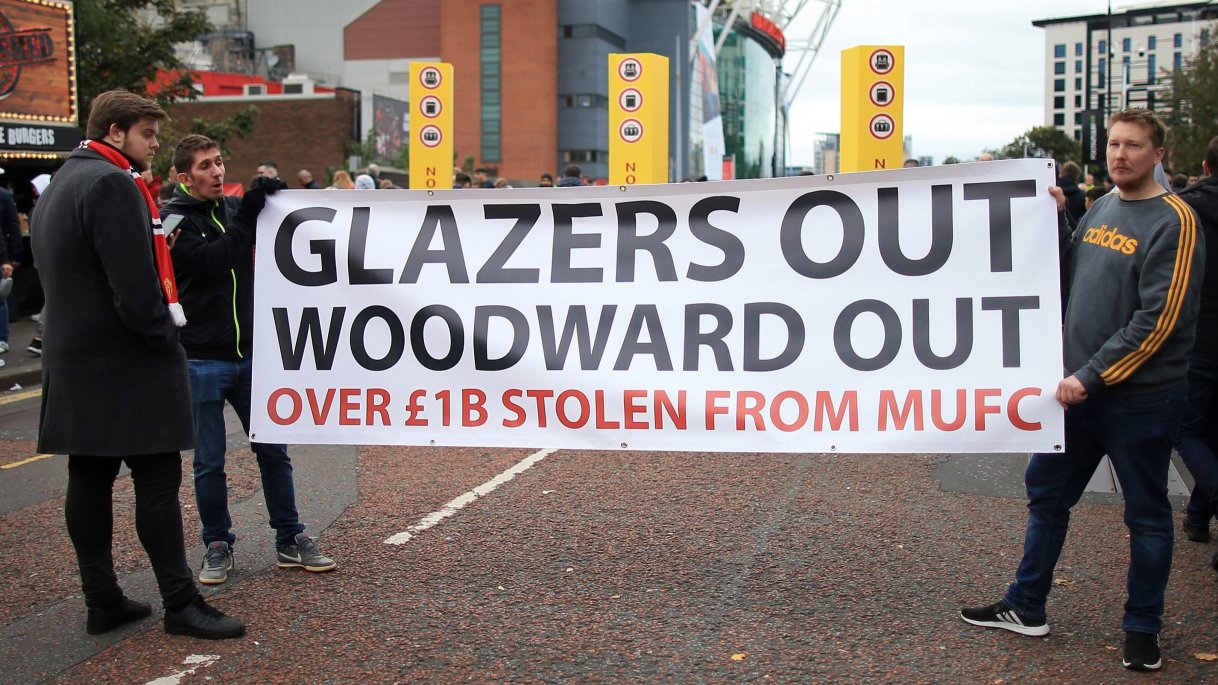 Manchester United fans plan to protest against the owners and Woodward

Manchester United has been under a lot of problems recently after consecutive defeats against Liverpool and Burnley.

The latter one was more painful because the match was at Old Trafford and also the fact that there is a huge difference between Burnley and Liverpool.

Fans were shattered and left the stadium as soon as United conceded the second goal. Old Trafford witnessed such behavior from the fans after a very long time and everyone took a note of it.

The January transfer window is about to end in five days and Manchester United have failed to sign any of the players they were linked to before.

Bruno Fernandes’ deal was and still has been the main talking point for United but the development has been poor.

After being without Paul Pogba and Scott Mctominay, Manchester United suffered a huge blow when the news about Marcus Rashford’s long-term injury broke out.

In spite of being without so many vital and important players of the squad, United have failed to make any progress in the transfer window, which has made the fans furious.

A group of Manchester United fans are planning to stage a mass walk-out during their Premier League clash against Wolves as a protest against the club’s ownership.

Supporters are hugely frustrated with the owners, the Glazer family, and executive vice-chairman Ed Woodward.

Matchday chants and social media movements have been used to express this sentiment with a vast portion of the fans wanting the owners to resign.

The Mirror noted that a group of United fans are prepared to walk out of Old Trafford in the 58th minute on Saturday and they hope that other fans do the same.

The fans want the protest to make a huge impact on the club so that Woodward and the Glazers cannot ignore the situation anymore.

The toxicity is expected to be heard during the games against Tranmere Rovers and Manchester City in the FA Cup and Carabao Cup respectively.

However, the clash with Wolves is the club’s next home game, so more fans will be able to get involved.