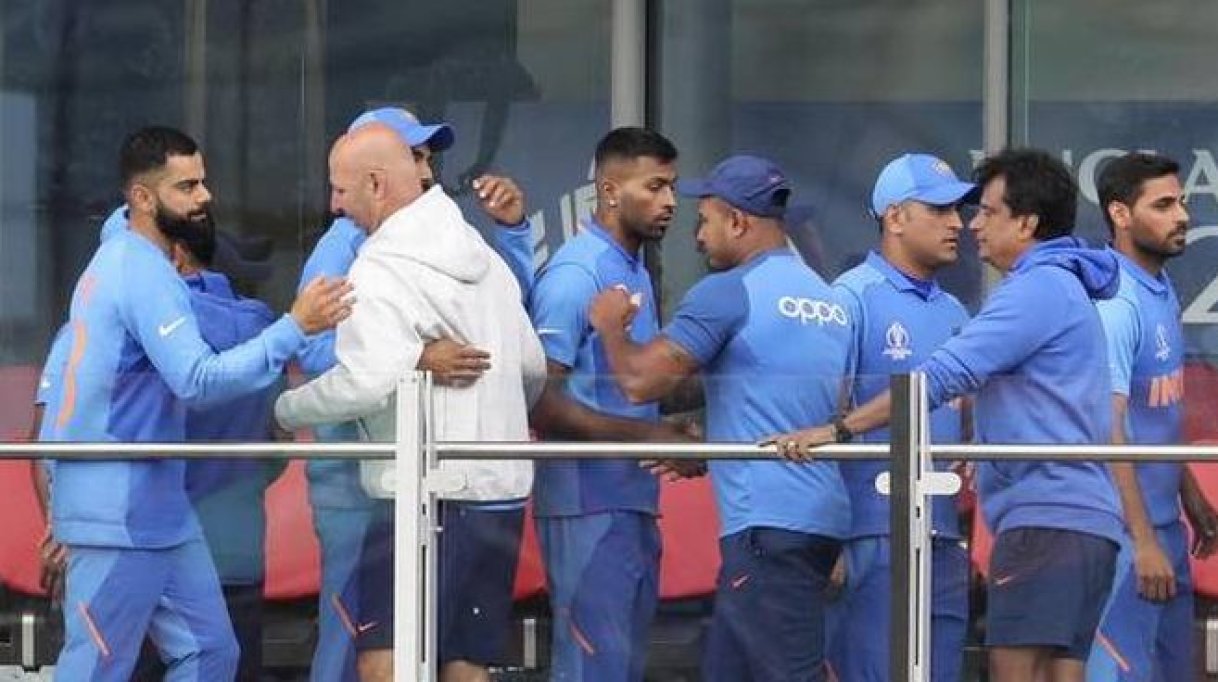 India had the best chance to lift Cricket World Cup 2019, but the opportunity is lost now. Many youngsters with great talent were knocking at the door for Indian Cricket team.

More over record of great finisher of ancient time was not satisfactory outside sub-continent even when he was at his prime.

Many of the cricket lovers do not understand as to how we could stick to players who can not score a run a ball even against ordinary bowling attacks, when game is getting faster day by day and ODI pitches are batting friendly mostly.

You can not risk avoiding singles in penultimate overs in such big event in hope of getting boundaries or sixes when only one ball is required to get you out. IPL is the right platform for old age players.

You could of course take the risk of accommodating one player (according to situation or in sub-continent) in test cricket if he can waste many balls and score some 40-45 runs; but it will be suicidal in one-days and T-20s.

You can fail once or twice but not eight times out of 10. A poor batting performance from one batsman put pressure on his partner. How Jadeja lost his wicket in the semifinal is an example of the same.

Just try to remember as to how many times a team has won when 45 runs are needed off 19 balls. How muchever big a finisher you are, the probability of winning in such cases is only 1 or 2 times out of ten. So mantra for today cricket is not to waste balls.

Gone were the days when we were struggling to find openers, wicketkeeper batsmen, all-rounders and fast bowlers. Many are waiting for their turn to play for their nation.

One-day and T20 Cricket is no more a game for players of old age (more than 35 years) and also moreover when you have better talent available with you.

India should learn from the Australian cricket board as to how they handle their aged players by convincing them to retire timely with their heads high.

But here it seems BCCI is under pressure from someone to pick these players. Why have experienced players like Suresh Raina and Manish Pandey who scored consistently outside sub-continent been ignored?

Opener options like Prithvi Shaw & Mayank Aggarwal should have been picked when Shikhar Dhawan was ruled out of the world cup due to injury.

Mayank was picked later when the tournament was almost over. Why was the best fielder of the team & all-rounder Ravindra Jadeja brought in for the last few matches when he was the only off spin option available with the team and could save many runs with his fielding?

India experimented with their playing eleven throughout the World cup. Why was Vijay Shankar not given bowling opportunity in the seamer-friendly England pitches? He even picked a wicket with his first ball when given the opportunity.

Players like him are of no use if India do not have faith in their all-rounder abilities. How injuries of players are handled is also a matter of concern. In team eleven Dinesh Karthik should have played as wicket keeper and Pant should have been picked as specialist batsman just to keep him fresh.

There is no doubt Pant is a good keeper too but just to avoid burden of wicket keeping on Pant responsibility should have been given to Karthik. Pant is a great talent and he will be a key player in all formats in near future.

He has been consistently scoring runs outside the subcontinent as compared to others. He is the one who can destroy any bowling attack on any type of surface. He is the wicketkeeper batsman Indian team needed so badly in decades.

But he was picked late, upon injury to other players and under public pressure.

This World Cup will be remembered as the one which India could have won comfortably, but lost due to poor selection of players. India had the best bowler in the form of Jasprit Bumrah, the Batsmen in the form of Virat Kohli and Rohit Sharma and all-rounders in the form of Pandya and Jadeja, and still lost.

A lost opportunity will haunt the true lovers of Indian cricket and its fans forever.