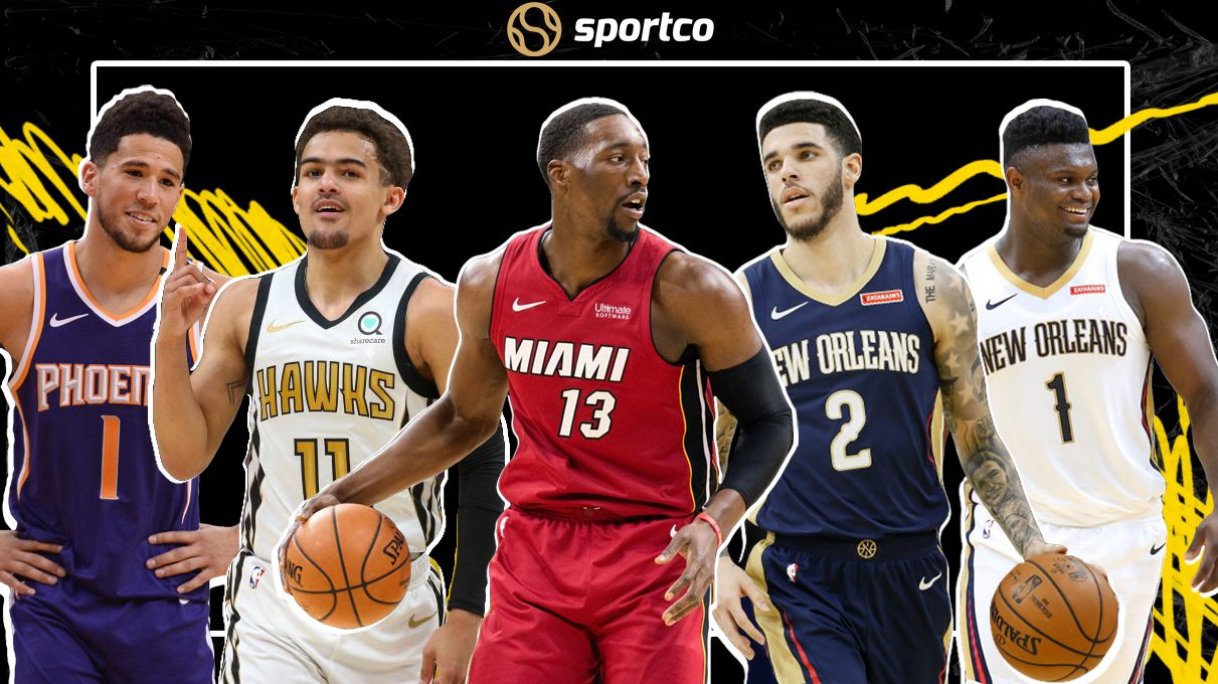 Young NBA players to watch out for in 2021

The National Basketball association is all about giving their fans the best of what it has offer. Be it the off court trades, drafts, news and rumours, mid season signings and the games in particular. They are never shy to surprise the world, year after year even in these changing times.

The aggressive global outreach programmes that the NBA has undertaken over the years is evident, in the acquiring of young talents from around the world.

Today, the league is filled with the ritz and glamour, with young NBA players eager to hold the mantle high and shine bright amongst the rest. Such, is the competition in the league, that the NBA aims to further develop and nurture players extensively.

We are fortunate to witness a generation of players with copious amounts of talent and determination. The list always begins with the likes of Lebron James, Stephen Curry, Kevin Durant, James Harden and many more who have proven time and again, to show what the NBA strives to achieve.

Taking a leaf out of their books, there are many new names waiting to be moulded to garner even more laurels. We take a quick check on some amazing young blokes who are poised for greatness.

Following the footsteps of his father Melvin Booker, who played with 3 teams during his time, Devin Booker had it in his DNA to make the cut in the NBA. However, the competiton in the league resulted in him being overlooked for a long time.

Light shined on him, only in his second season in 2017 after finding a place among the starters. He scored 70 points against the Boston Celtics in 2017 to become the youngest player to score 60 or more points.

Another feat of being the youngest to score consecutive 50 points a game got him the adulation he deserved. He got his first All Star selection in 2020. With an impressing average of over 20 points per game and astonishing 91.6% at the foul line last season, this young NBA talent is well on his way to lead the pack and get the Suns off the last spot on the table.

Nicknamed "Ice Trae", Trae Young was drafted in 2018 to the Dallas Mavericks and after he was traded to the Hawks, this young bloke quickly rose to fame with jaw dropping statistics in his rookie year.

Trae Young finished the second half of the season by breaking his career high records in the matches to follow. Young, compensates his questionable defense by displaying eccentric shooting capabilities and the vision to dish out the ball on the open floor.

He is in close comparison to Stephen Curry with his ball handling skills. He definetly qualifies in the list due to his determined nature in the league.

Despite the 6'9" frame, the Heat Power Forward centre has the mobility to counter the speed demons on the perimeter rather than only protecting the rim. He may feature low on the scoring column however his versatility on the court has allowed coach Spoelstra to exploit the talent when required.

Microscoping the lens on his performance in the last season, he is known to be an expert shot creator inside the arc posting an average of 15 points per game, good enough for a heavy centre.

In December 2019, he recorded his first career triple double resulting in an overtime win against the Hawks. With winning the All Star Skills Challenge, he has proven his mettle also putting him on the Most Improved player list. The Heat can definetly create an "all weathern man" after he moved from the shadows of Hassan Whiteside.

Probably one of the worst starts to an otherwise glamorous player in the D League, after being drafted in 2016, Murray went from a shooting ace to an over hyped sham. The Canadian, received a rap on his knuckles to become one of the important tools in building the Nuggets Team.

His prominence grew in the NBA after sizzling performances in 2016 and after landing the title of the MVP Rising Star in 2017. The "Blue Arrow" never looked back after, rising among the top scorers in the league to shut the naysayers for good.

The Nuggets sign a 170-million dollar max deal with him, citing the future prospects of the team. The upward trajectory in his career is an indication that his best is yet to arrive.

Coming with history of Basketball running in the family and being adjudged MVP of the 2017 Summer League, the Laker's franchise were quick to grab him in the 2nd pick overall in the 2017 draft billing him the "new face of the LA Laker's".

His promising career spiralled downwards probably due to unnecessry pressure and eventually was marred as he missed 30 games in his rookie season as he suffered shoulder and knee complications. The spotlight moved away from him as the Laker management signed Lebron James and Rajon Rondo to plug the team's sinking ship.

Traded to the New Orleans Pelicans in 2019, he seems to be getting out of his cave, attempting more shots and on relentless defense. His 7 three pointers followed by a triple double that year proves that he has a lot left. The hope that the second chance with the Pelicans will see him back to where he belongs is what time will tell.

Ever since his debut against Houston Rockets in 2017 NBA season, Fox garnered the confidence of the team after posting eye opening statistics. He was instantly names Lonzo Ball's replacement in the Rising Star Challenge after commendable performances in his rookie year.

His second year with the Kings, saw him better himself on all major statistics, one feat being a 30 point triple double below 21 years after Lebron James. He has altered his game last season to fine tune to goals of the team.

The King's signed a 165 million dollar 5 year max extenstion. He has mastered to use his sprinting prowess efficiently to contribute on both sides of the floor. It won’t be late when we see this young gun take charge to fire the shots in the coming season.

Drafted to the Boston Celtics in 2017, Tatum was considered a star figure in the team due to drool worthy performances displaying his abilities in the debut year. He was named the Eastern Conferrence's "Rookie of the Month".

The Celtics finished second in the eastern conferrence with Tatum at the helm. He went on to win the skills challenge in the NBA 2019 All Star edition christening himself as the one who can carry the weight of expectation from a huge and loyal fanbase.

The best part is that he has more room for improvement to bolster some fine performances coming season.

Donovan Mitchell was drafted in the 2017 draft to Denver Nuggets only to be traded to the Utah Jazz. He signs a four year deal with Adidas to make a bundle later that year. He lived up to the expectations of the team by managing all round top figures to his name.

This young NBA star's name features in the record books as the seventh rookie in franchise history to have a 30 point game and first to 40 points. Mitchell was announced as a replacement for Aaron Gordon of the Orlando Magic in the 2018 Slam Dunk contest and winning it hands down.

Mitchell has developed himself as an aggressive shooter of the ball as seen in the offensive numbers. He has signed a 5 year max extension of 195 million dollars with the Jazz. We all can’t hide the fact that this lad is poised to stand tall among the greats in the future.

Zion Williamson earned the reputation of a player of the dominant class from his freshman year at Duke's as single handedly led his team to  three state championships.

Possessing the frame of a freaky beast like structure, Williamson drew comparisons to the likes of Shaquille O’Neal and Manute Bol. He was already a household name in the NBA circles, all awaiting his grand entry.

Williamson had signed with the Pelicans officially however suffered a torn cartilage in one of the pre season games. He debuted later after 3 months recording numbers and bragging about his enormous vertical leaps to power monster dunks in the few minutes available for him. This Superhuman is all ready to swoop in and lead from the front this season.

The only proven young talent in this from Slovenia already had prominence in his early days playing for Real Madrid. In 2018, he was selected by the Atlanta Hawks and traded with another rising young star, Trae Young.

The kind of athleticism this young kid displays has left the world awe stricken. The magic he creates on the court saw him sitting comfortably among the current greats after posting career high triple doubles and rubbing shoulders with Lebron James.

Doncic was selected to his first All Star Game as a Western Conference starter last season. His 40 point triple double gets him in a league of his own. He was considered as MVP candidate in the previous season but finished overall fourth in the votings.

Only time will tell, but there is not an iota of doubt he will tumble the records to be among the Hall of Fame.