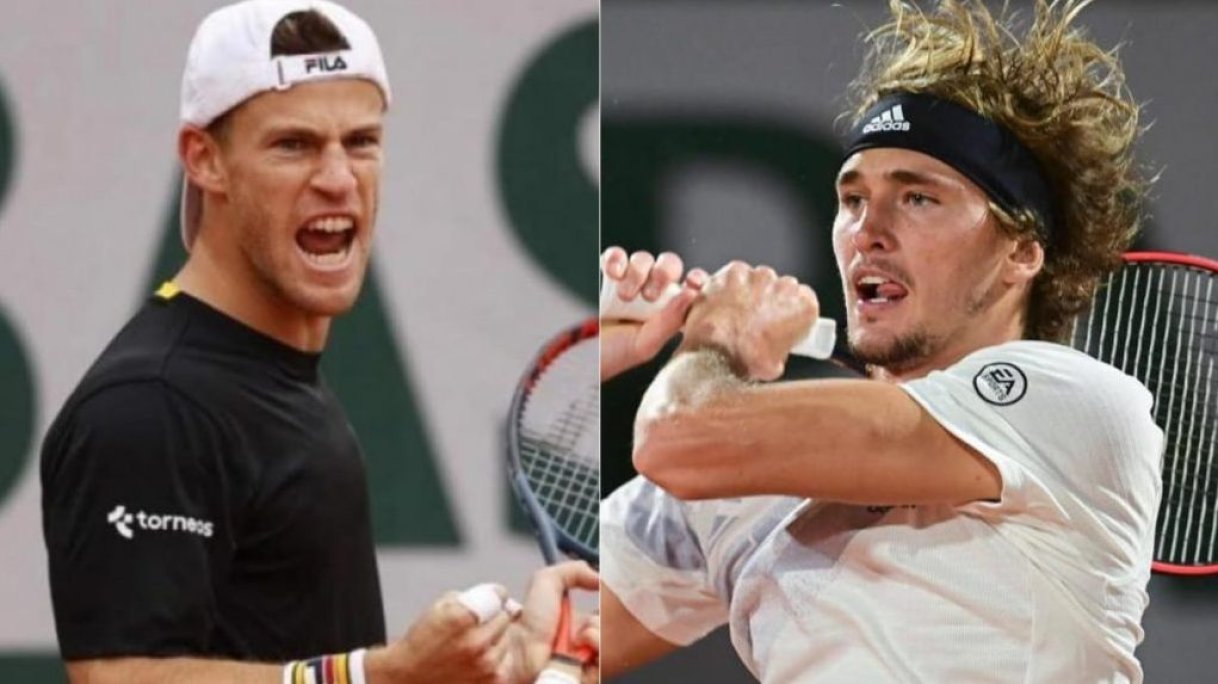 Fifth seed Alexander Zverev squares off against the eighth seed, Diego Schwartzman in the ATP Finals

Zverev lost to Medvedev for the second time in succession after his three-set defeat in the finals of the Paris Masters.

He committed 7 double faults and won just 21% of his second serve points in a dismal showing.

On the other hand, Schwartzman was crushed 6-3 6-2 by Novak Djokovic.

The Argentinian could convert only 33% of his breakpoints and won just 35% of his second serve points. Djokovic's superior and accurate returning was too strong for Schwartzman's sub-par serve.

Zverev could not muster winners in the long rallies as Medvedev's powerful groundstrokes attacked his vulnerable backhand repeatedly. Medvedev continued his consistent serving to pocket the match in two sets.

Despite breaking Djokovic in the first set, Schwartzman could not carry forward the momentum as the world's best returner made the task too uphill for the Argentinian.

Both the players would not be pleased with their performance in their last encounters and would look to turn around their fortunes quickly.

Zverev's game is more suited to the fast indoor courts and if his first serve clicks, Schwartzman will be in for big trouble.

"My serve was not quite there today, it wasn't a good match for me, I think since the restart of the season, it was one of the worst ones, it was not good enough to beat a Top 10 player today from my side," said Zverev after his defeat against Medvedev.

Schwartzman will have to make full use of his excellent footwork, tactical awareness and anticipation skills to unsettle Zverev.

The first set will be crucial for both the players.