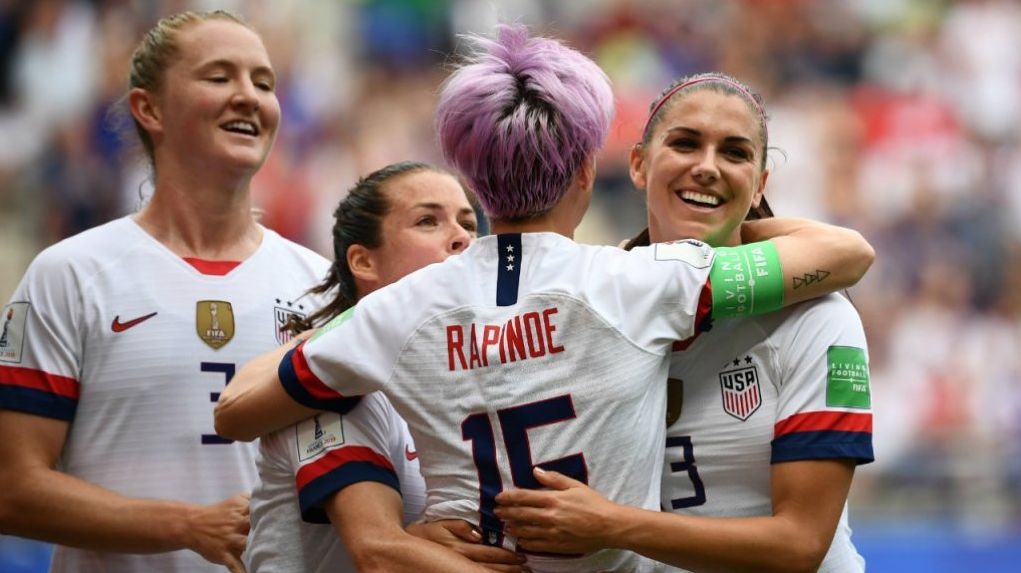 The U.S. Women's National Team battled to beat Spain in the round of 16 at the Women's World Cup. Spain started aggressively and came out on the attack in the opening minute — challenging the U.S. defense. But the U.S. struck first.

Tobin Heath was tripped in front of the Spanish goal for a U.S. penalty kick. Megan Rapinoe hammered the ball low and to the left in the seventh minute. But the lead did not last long.

Spain came right back after U.S. goalkeeper Alyssa Naeher made a short and ill-advised pass to Becky Sauerbrunn that Spain intercepted and led to a beautiful strike by Jennifer Hermoso to tie it 1-1 (that was the first goal the U.S. had allowed in 647 minutes of play)

Both sides battled back and forth during a tense and physical first half. U.S. forward Alex Morgan was knocked to the turf a half-dozen times (and the knockdowns of the star U.S. striker continued in the second half).

Spain had several chances and challenged the back line all game long but the Americans did not break. It was in the 76th minute when the U.S. broke the tie. Rose Lavelle was brought down in the box after a light challenge by a Spanish defender that may or may not have have hit Lavelle's leg.

Megan Rapinoe took her second penalty kick of the game. And, like in the first half, she powered the ball low and to the left giving the U.S. a 2-1 lead.

The U.S. had never lost a World Cup game when it scored first. And it had always made it to at least the semifinals in every WWC. The three-time and defending 2015 champions next play on Friday. It's a game that's been anticipated all tournament long: U.S. taking on host country France in the quarterfinals.