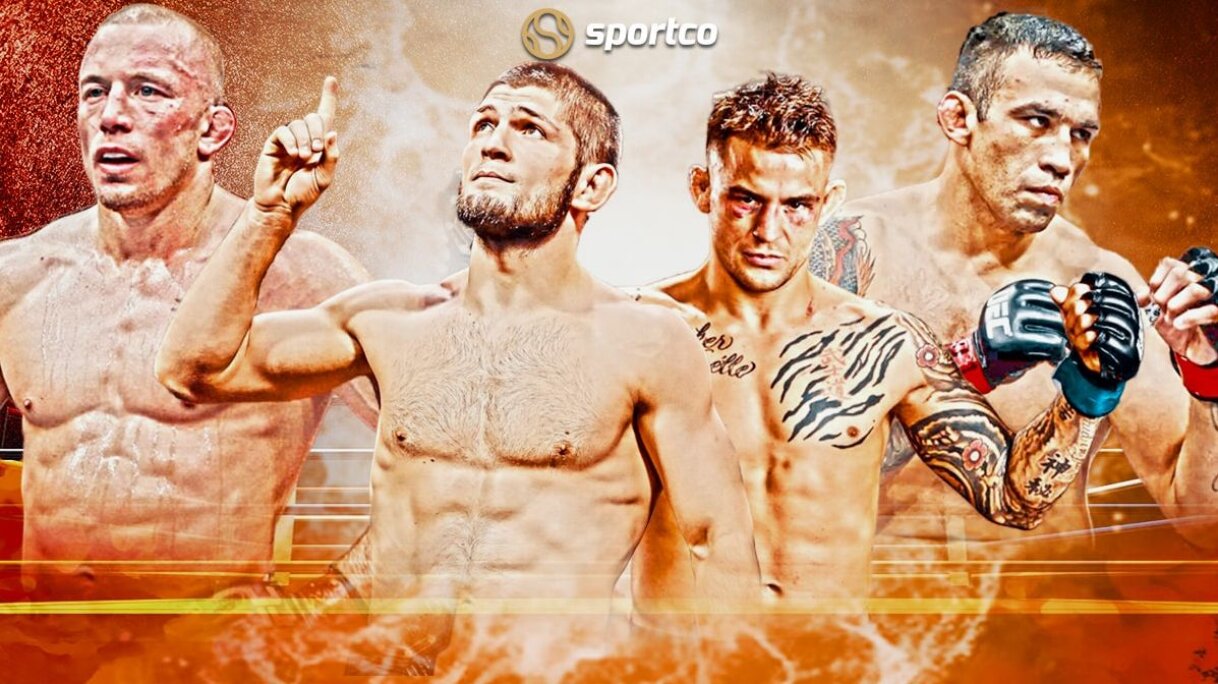 Grapplers are often overlooked in the MMA World as their fighting style is not as “entertaining” to most of the fight fans but it is undeniable that it has been one of the most dominating skillsets one could have inside the octagon.

Recently, UFC has been dominated by some of the greatest grapplers in the world. Let us take a look at some of the grapplers who have mastered their skills to their peak.

NOTE: This article is not rank-based since there’s no clear argument on what makes these grapplers better than the others.

Even though this list is not rank-based, there’s no denying that Khabib is the greatest when it comes to the art of wrestling. No one else on this list can boast about wrestling against bears as a kid, except Khabib.

The Dagestani has lost only 2 rounds throughout his professional MMA career and boasts an undefeated record of 29-0.

Widely considered as the Greatest UFC Fighter of all-time, GSP was a master when it came to the ground game. It was tough to keep him on the floor, one of the highest levels of BJJ MMA has ever seen.

After retiring as a World Champion, GSP came back to fight one last bout against Michael Bisping, where he would submit the Brit and become a two-division UFC World Champion.

The only Champ-Champ on the list, the man did not get the Title of Triple C for no reason. He was the World Champion in 2 different divisions at the same time and he is also an Olympic Gold Medalist in wrestling.

It would be unfair to add Cejudo to this list of greatest grapplers after all his accomplishments inside the UFC Octagon. He was the first one to take down one of the greatest, Demetrious Johnson in the UFC after his long reign as a World Champion.

Did not reign long as a champion, Fabricio Werdum is amongst the best wrestlers in the Heavyweight Division, it is not easy keeping 210 pounders laid out on the floor with the help of Jiu-Jitsu.

Werdum has 12 submissions to his name, with no losses via tapping. Werdum became the UFC Heavyweight World Champion in 2014, but he would go on to lose the title after only one defense.

The heir to Khabib’s throne, Charles Oliveira showed the World what it is like to build from the bottom to the pinnacle.

After losing against Paul Felder, Charles was never considered to be someone who would be able to win the World Championship in one of the toughest divisions of the UFC.

Charles went on a winning streak after his loss against Felder and is yet to lose. With wins over fighters like Tony Ferguson, Michael Chandler, and Dustin Poirier, Oliveira is currently the UFC World Champion in the Lightweight Division.

Damien Maia was not on the main list due to not being able to win the UFC World Championship throughout his career. However, it is undeniable how good Maia's ground game was during his peak years.

Maia boasts a record of 14-0 in submissions only throughout his professional MMA career and his ground game was without a doubt one of the best in the World.