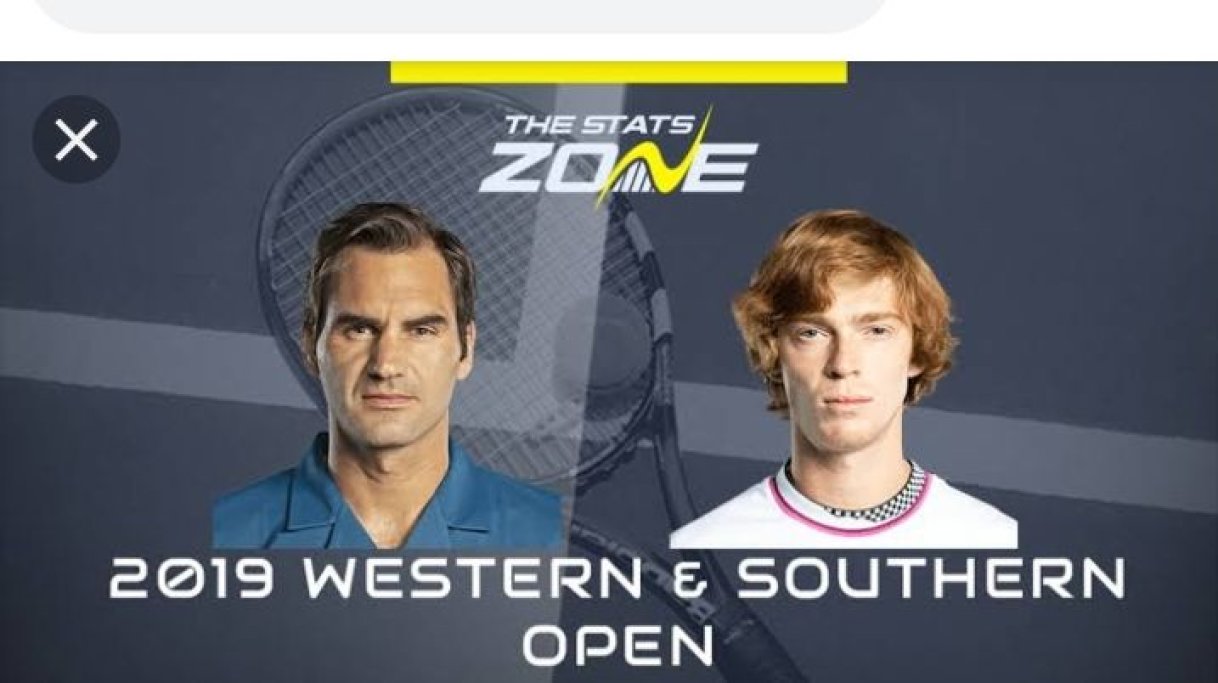 The match was filled with all the elements of a Federer game with precision serves, SABR (Sneak attack by Roger), perfect drop shots and a stunning two handed volley. Federer might be 38 years old but his flawless court coverage can give any next gen player a run for their money.

He faces another youngster - Andrey Rublev of Russia - tonight in the pre-quarterfinals. Rublev has had a pretty good year with a pre-quarterfinal show in the Croatia open, quarterfinal finish in the Marseille Open, runner up in the Oracle challenger series- Indian Wells and the Hamburg Open, Germany.

Wawrinka was highly tipped to overcome Rublev and set up an all-Swiss clash but Rublev stunned him 6-4 6-4 with a spectacular performance.

On the other hand, it has been normal business for Federer. A shock loss to Tsitsipas in the fourth round of the Australian Open where he was defending his title hit his confidence levels. But he recouped to finish as runner-up in the Indian Wells losing a classic final to Dominic Thiem. He clinched the Miami Open title outlasting the defending champion - John Isner in straight sets. He took a gamble by playing clay court tournaments and it paid off when he lost in the semifinals of the French Open to his greatest archival and good friend-  Rafael Nadal.

He suffered a heartbreaking loss to Djokovic in the Wimbledon finals where he could not convert two championship points off his own serve.

Both Federer and Rublev can expect anything to happen as they are playing each other for the first time on the tour.

Federer will be looking to get into top gear while Rublev will aim to take atleast a set off Roger exposing some chink in his armour.

The 17 year age gap between a 21 year old Rublev and a 38 year old  Federer would be interesting to watch for the fans.