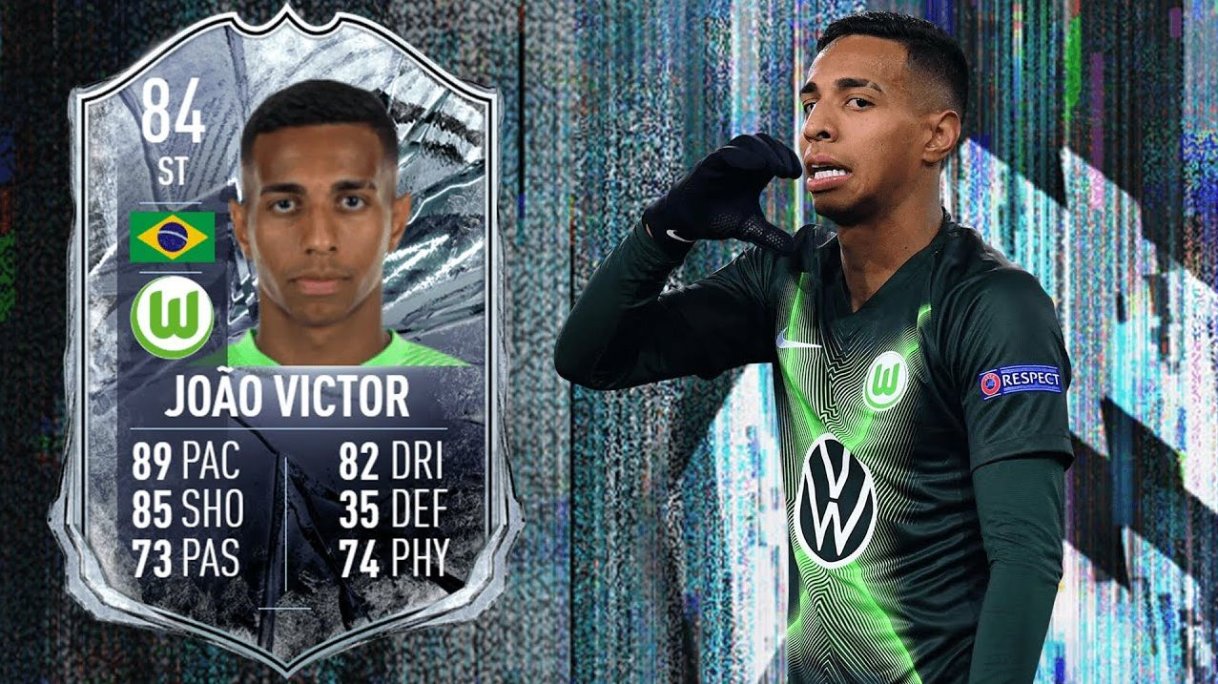 EA Sports have added an SBC for Joao Victor, the pacey Brazilian Winger. In this article, we will break down the requirements to acquire this card in the FIFA Ultimate Team FUT Freeze Squad Building challenge

Joao Victor being given the position of a striker does him justice in the game, and his stats have also been tweaked accordingly. He has an overall rating of 84 and has received stats buffs. This is due to his change in role from winger/mid-fielder to striker.

When you put all of these changes in context to his new position, the Brazilian, who currently plays for VLF Wolfsburg in the Bundesliga is surely a lethal striker. He is a bit pricey in terms of FUT Coins, (140,400 on PS4, 141,750 on Xbox One and 161,700 on PC), but you have until December 30th to complete the requirements to get his new card.

You will need to build a total of 2 squads if you want to earn the Joao Victor card and complete his Squad Building Challenge. Below, we have the list of requirements you need to keep in mind while building the squads.

Is Joao Victor worth getting?

This is a tricky question to answer as it depends on your personal preference. Many would consider this an overpricing, but as he is a Brazilian, you can use a lot of players around him to get good team chemistry. Meanwhile, his 5-star rated weak foot & 4-star rated skill moves are definitely points in his favor.

To find the cheapest solution to the Joao Victor Squad Building Challenge, check out FUTBIN, the Ultimate Team database portal. You will surely find some cost-effective simple solutions there.