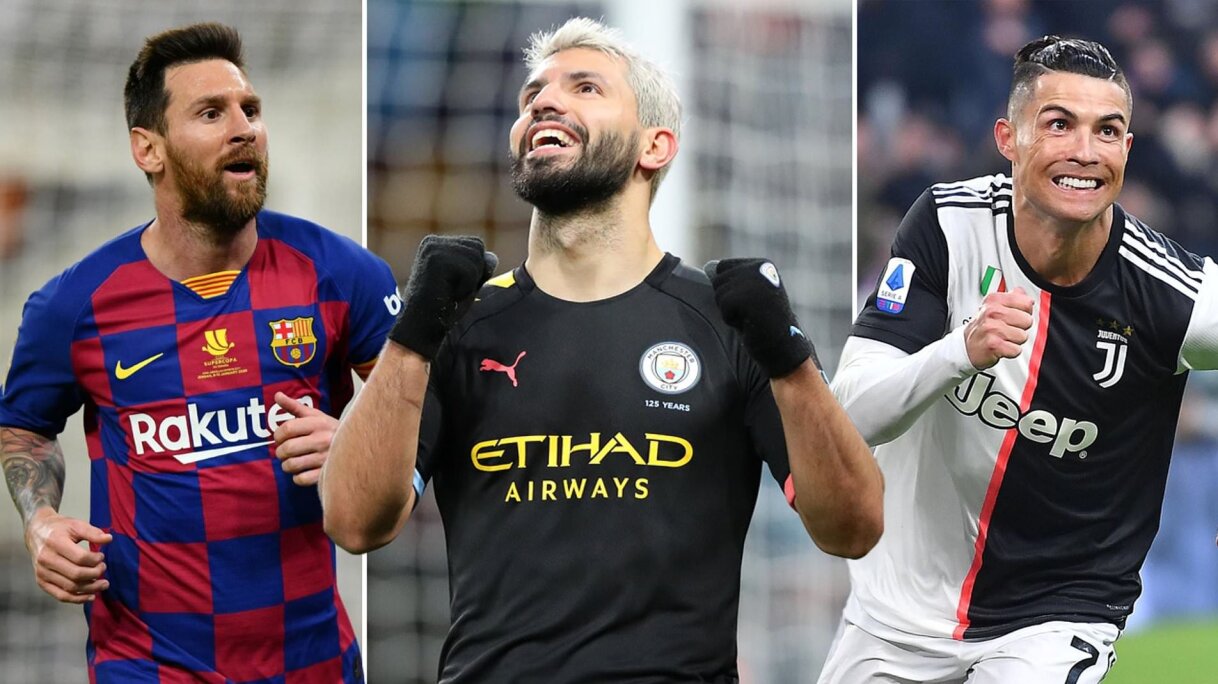 Five active football players who scored a Quintuple in a single match!

We have witnessed some rare occasions in football when players go berserk and score 5 goals in a match, one of the rarest moments we get to see in football.

There are so many talented players who have scored not only hat-tricks but a quadruple and a quintuple in football.

On that note, let's look at these active football players who made goal-scoring look like a cakewalk by netting 5 goals in a match.

One of the best strikers in the modern era; his goal-scoring ability makes him the greatest striker we have witnessed in football. Falcao comes in top players who have struck tremendous five goals in a match.

Falcao's 5 goals came in a 6-0 rout against Deportivo La Coruna in the 2012-13 Liga season when he was in Atletico Madrid.

Sergio Aguero has been Manchester City's all-time top scorer. His poacher instincts inside the penalty box has made him the best strikers in the premier league over the last decade.

He has been a pivotal player in City's progress in their gameplay and led them to their first Premier League title in 44-years.

Robert Lewandowski has been Bayern's one of the lethal strikers; with his great finishing ability, the prolific goal-scorer is among top best strikers in football.

During his 2015-2016 season at Bayern, Lewandowski also joined the group of players who scored 5 goals in a match. However, Lewandowski came as a substitute and struck five goals against Wolfsburg in (8 minutes 59 seconds)

One of the fastest players to score 5 goals in a game, creating a new record for scoring the most goals by a substitute player in the German top-flight.

When it comes to goal-scoring abilities, there is no one better than the Portuguese legend. When the Real Madrid talisman is rampant, all you see is the raining of goals in the matches.

Cristiano Ronaldo also joined the group of players who have scored five goals in a game, although it's a different story in Ronaldo's case. The Portuguese has scored quintuple twice and is the only player in football history to do so.

Ronaldo is another rare breed of players who scored 5 goals when Real Madrid ran riot in a 9-1 win over Granada in a Liga game of the 2015-16 season. Within few months, Ronaldo again smashed 5 goals in a 6-0-win over Espanyol in the 2016-17 season, and the Spanish giants went on to win the club title.

Every team becomes vulnerable when Lionel Messi takes out his wrath on his opponents. The Argentine maestro joins the list of active football players after netting 5 goals in a game and created history.

The Barcelona superstar put five past the Germans as it was Lionel Messi's night, and the Spanish giants thrashed Bayern Leverkusen 5-0 and won the game 7-1 in aggregate of 2011-12 UEFA Champions League in a Round of 16.

It made Lionel Messi the first-ever player in UCL history to score 5 goals in a match.

However, this feat was later equaled by Luiz Adriano for Shakhtar Donetsk in the group stage of the 2015-16 edition of the competition.