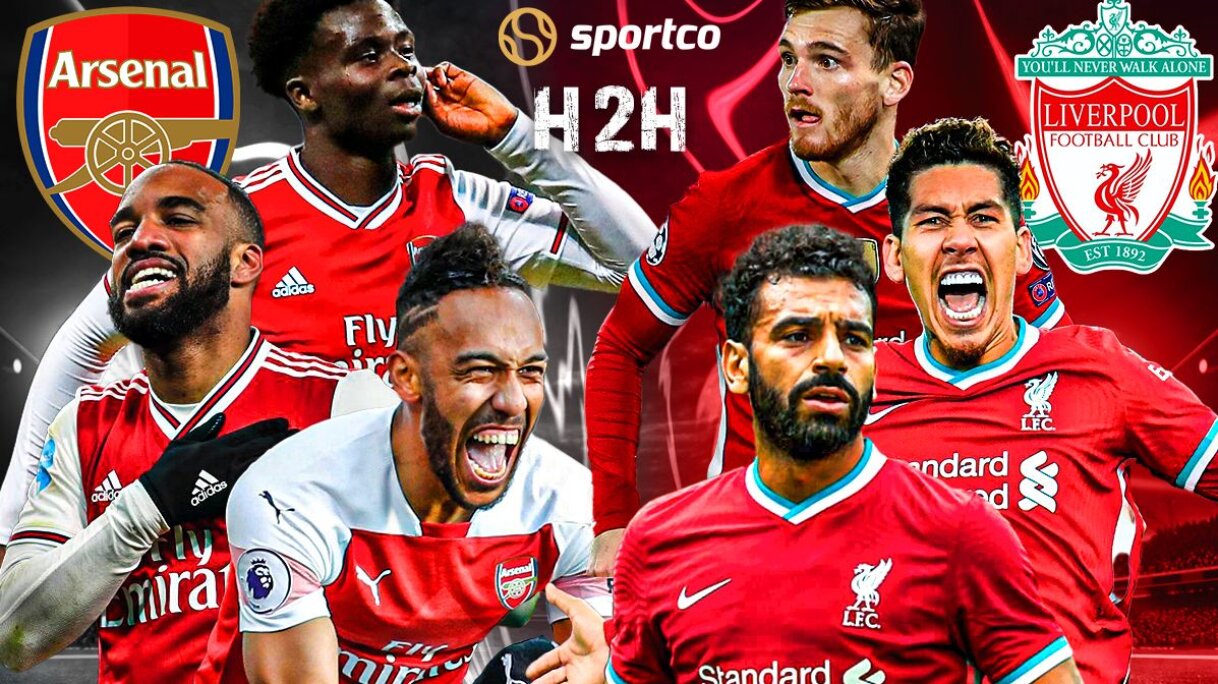 After a 14-day international break, Premier League will be live again with some action-packed fixtures, with Arsenal vs Liverpool going Head to Head at the Emirates Stadium being the highlight fixture of the weekend.

The sides have a lot to fight for, and their previous meetings have been so tight that you will not feel like getting off your seat. So let's have a look at their head-to-head records in detail.

Liverpool vs Arsenal: Head to Head

The sides have played each other 25 times since August 2010, with the Reds winning eight of them, while the Gunners have managed to win six. 11 games have been drawn, and this depicts how tight an affair this has been.

Let's analyze their last five Head to Head meetings between Arsenal and Liverpool in detail.

The game was an EFL Cup Round 4 head to head clash between Liverpool and Arsenal but the game was a 0-0 stalemate that eventually led to penalties. Liverpool had taken subbed two of their main attackers, Mohamed Salah and Diogo Jota out of the game in the 61st and 76th minute respectively.

For the Reds, it was Divock Origi and Harry Wilson who failed to find the net, while the Gunners' substitutions managed to score two of the three spot-kicks, eventually helping their side to win the shootout 4-5.

The Premier League head to head meeting between the two started off well as Alexandre Lacazette fired a goal in the 25th minute of the game. However, the Reds were up there with an instant response in the form of Sadio Mane, who equalized just three minutes after.

Six minutes later, Liverpool took the lead, courtesy of their flying full-backs, Andrew Roberston scoring from a Trent Alexander-Arnold assist. The second half was all about the defending champions only as Diogo Jota scored to double Liverpool's lead inside ten minutes of introduction.

The Community Shield final was all set as Liverpool were hoping to add another trophy to their list after winning their maiden Premier League title. The game saw Arsenal going ahead, courtesy of their main man, Pierre-Emerick Aubameyang who scored in the 12th minute of the game.

Liverpool's new signing Takumi Minamino was introduced just a minute before the hour mark, and just 14 minutes later, the ex-RB Salzburg player equalized for the Reds. The game then progressed to a penalty shootout.

Arsenal scored from all their shots, while the young Rhian Brewster missed his shot that became the difference between the two sides. It was a successful end to the season for the Reds still, while Mikel Arteta's side got something to celebrate too.

Another head to head clash between Liverpool and Arsenal saw the majority of its action in the first half. The game saw Sadio Mane on the scoresheet in the 20th minute of the game.

However, Arsenal made a comeback with the help of Alexandre Lacazette, who fired for Arsenal to level in the 32nd minute of the game.

Just 12 minutes later, Lazazette was involved in another goal for the Gunners as Reiss Nelson scored for Arsenal, majorly because of a Virgil Van Dijk fumble in the build-up.  Arsenal then went on to defend very well and avoided all kinds of chances for the Reds to get back in the game.

Another EFL round 4 meeting but this was an all-time entertainer as we saw ten goals fired in the process. It started with the Reds going ahead because of a Shkodran Mustafi own goal in the sixth minute of the game.

The 43rd minute saw James Milner restoring a goal for the Reds as the game went into halftime. The second half was equally enthralling as Arsenal again managed to establish a two-goal advantage, courtesy of Ainsley Maitland-Niles who was assisted by Mesut Ozil.

However, things weren't destined that way as Origi completed his brace with a 90th-minute equalizer that took the game to penalties. Everyone scored until Dani Ceballos missed Arsenal's fourth spot-kick, while Liverpool scored all their shots and went through.