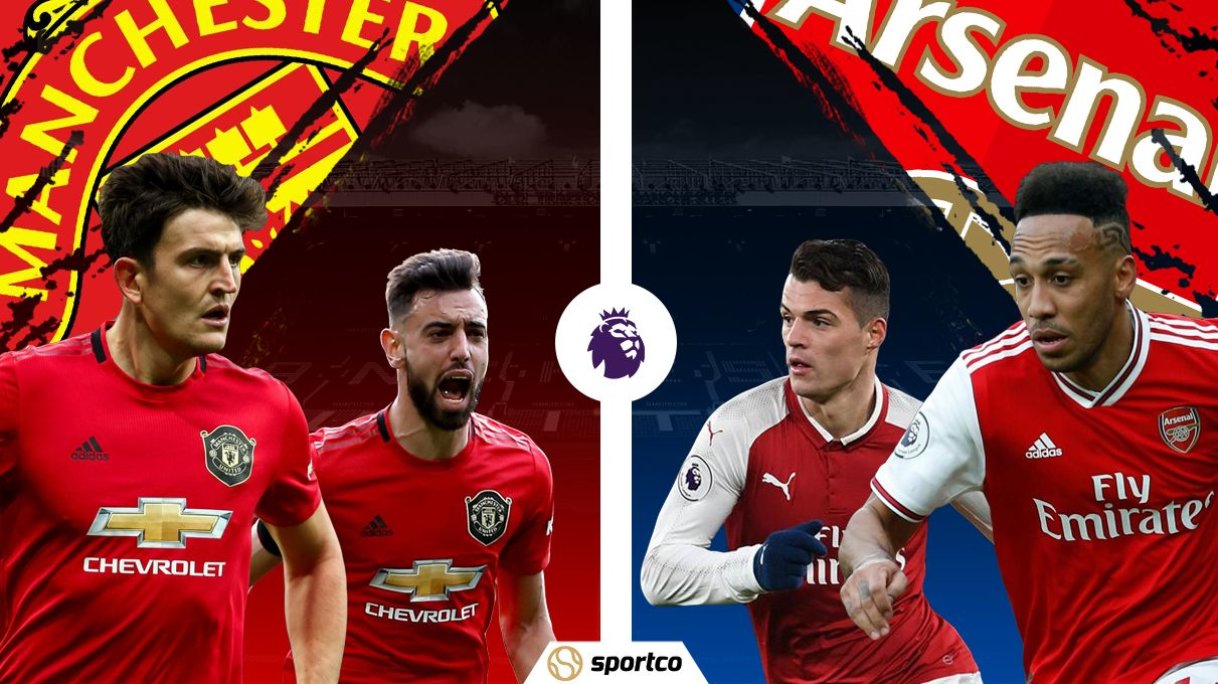 Manchester United will host Arsenal this weekend as the Red Devils hope for their first league win at Old Trafford after thrashing Julian Nagelsmann’s RB Leipzig 5-0 in the Champions League group stage fixture.

Manchester United have been undefeated in their last four games in all competitions and have only improved after their shambolic lost against Jose Mourinho’s Spurs.

Mikel Arteta, on the other hand, has seen back-to-back losses as the Gunners failed to win the three points in a controversial game due to Jamie Vardy’s late winner last time at Emirates.

Both the teams have been under the scanner for a while and both the budding managers will be looking to take a step forward this season.

Arteta would want his team to get back to winning ways and there could not be a better opportunity for them as Manchester United is yet to win a home game in the Premier League this season.

The hosts will be without the services of Anthony Martial as he is suspended. He will be available from the next game. As far as injuries are concerned, the team looks fit and running. Eric Bailly will be sidelined as a result of a muscle injury while the newly signed Brazilian Alex Telles is out, having contracted the COVID-19.

For Arsenal, the injury list is getting bigger as David Luiz was the latest addition to it after he was taken off against the Foxes in the second half. Rob Holding will be out too.

(Edinson Cavani may start too. There are also chances that United start with both James and Mata as they did against Chelsea)

The head-to-head battle between the two is tight as both teams have won twice and drawn twice in the six games. However, Manchester United has been better in the league overall finishing in the UCL spot last season while Arsenal is competing in the Europa League.
Manchester United: 2 wins
Arsenal: 2 wins
Draws: 2

The Portuguese has not been up to his best in the league but has still managed to fire three goals and set up two in the five games he’s played. This weekend he will be against Partey who will do everything he can to not let Fernandes feel like it is a party at Old Trafford.

Harry Maguire has come under heavy scrutiny since their 1-6 defeat to Spurs, but he seems to have overcome it with integrity. His performances have improved since the Spurs game and he has held the team very well.

Pierre-Emerick Aubameyang has lost his touch in the recent game it seems but Maguire would know that the Arsenal skipper would try to exploit his pace and make the most of it.
The battle between the skippers will be a must-watch.

The biggest concern for Manchester United will again be their defensive work. If they start well at the back, things will only get better for them as they have enough offensive resources to create danger.

On the contrary, Arsenal would and probably should try to hurt them very early in the game as Ole Gunnar Solskjaer’s men have a strong counter-attacking plan to hurt them.