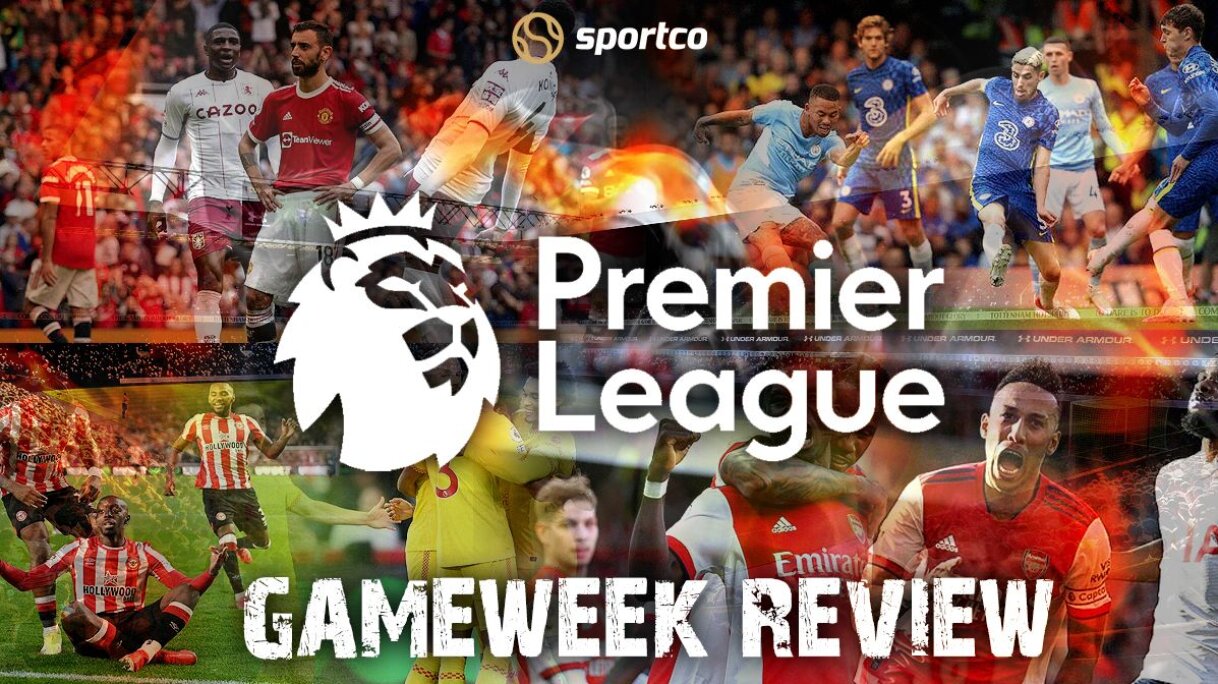 The Premier League game week 6 saw some surprising results along with high octane football.  It was a week for underdogs in the PL, causing a dent to some of the big clubs as they dropped valuable points in their pursuit for the premier league crown.

From Manchester City handing Chelsea their first defeat of the season to Manchester United losing at home to Villa and Brentford’s last gasp equalizer to salvage a point in 3-3 draw against Liverpool, it was an entertaining weekend in the Premier League.

- A late Kourtney Hause header gave Aston Villa a 1-0 win over the Red Devils, as Manchester failed to convert a penalty and in the closing stages of the game.

- Another frustrating performance from the Red Devils, which saw them dropping three crucial points. A win would have sent Man Utd top of the table as Chelsea and Liverpool dropped points in their respective fixtures.

- Man United's below-par performance despite dominating the entire game with Bruno Fernandes skying a penalty before the final whistle, which could have given Man United a 1-1 draw.

- Emiliano Martinez shouted, "You take it!" challenging Cristiano Ronaldo to take the 92nd minute penalty before getting into Bruno Fernandes' head, who blasted the ball over the post.

- Pep Guardiola's tactics outsmarted Chelsea as he finally got his first victory over Tuchel’s Chelsea after four attempts. The two master tacticians met again since the 2021 Champions League final. This time Guardiola was on the winning side as his men edged out Chelsea 1-0.

- Guardiola had been accused of overthinking when playing against big teams. In the Champions League final, Guardiola lined up with a full-attacking squad in UCL final and were outplayed by Chelsea. This time Guardiola made no mistake and played Rodri at CDM and got a well-deserved win.

- Another masterclass display from Edouard Mendy, who made couple crucial saves to keep Chelsea from conceding more goals in the game.

- Mohamed Salah scored his 100th Premier League goal in a 3-3 Draw over Brentford.

- Defensive lapses, Liverpool only conceded once in their previous five EPL games. However, the Reds conceded three goals against newly promoted Brentford side. Brentford, with two fast and strong forwards proved too much for Liverpool’s back four.

- Young guns making their impact, Curtis Jones, the young Scouser got the nod and showed his worth on this pitch with an important goal for Liverpool.

- Brentford, the next Leicester? We all remember the fairy tale of Leicester winning the Premier League in 2015-16. It will be too soon to judge, but we have an underdog who can cause a big upset this season.

- Mikel Arteta’s masterclass saw Arsenal putting three past limping Tottenham to secure bragging rights in the north London derby. Arsenal were rumoured to part ways with Arteta after three successive defeats which left fans and the Arsenal board frustrated. However, in the last few games, Arteta transformed Arsenal into a cut-throat team winning their last three games in the PL.

- Harry Kane goal-scoring drought stretches, the England skipper is yet open his goal scoring account in this campaign